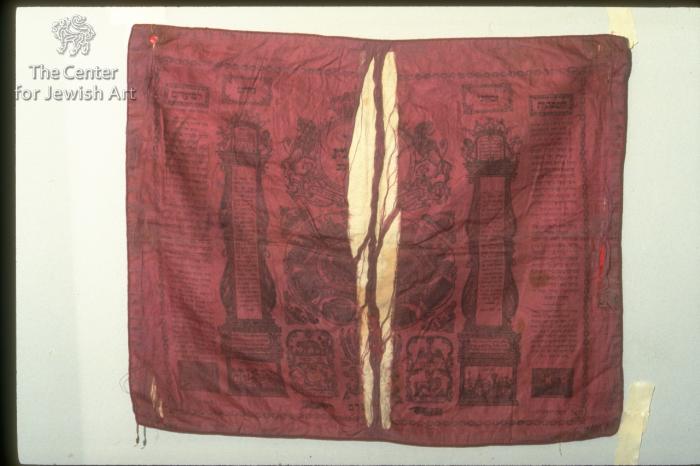 The rectangular sabbath cloth consists of pink upper cloth and a green lining. The cloth is divided into three main sections by two stylized columns and is decorated with inscribed prayers for Sabbaths and Festivals.

The central piece is illustrated by two rampant lions looking backward and flanking a medallion, surmounted by a crown. Within the medallion appears an inscription in filled and square letters which reads:

Underneath the medallion another inscription on a ribbon reads:

The lower part of the same section bears an illustration of the Temple within an oval shape enclosed by seven additional ovals, depicting unidentified scenes.

Another four ovals help to frame the whole scene rectangularly. Underneath the rectangular appears the following inscription:

Both parts of the central panel are decorated by four additional illustrations in square and oval shapes, each in one of its corners. Both sides of the panel are symmetrically framed by straight columns containing written passages entitled in bigger letters "Zikhroni" and "Qodesh", from right to left, respectively. Their capitals are crown-shaped and decorated with flanking lions and deers supporting depictions of the cohen's hands, on the right, and the tables of testimony, on the left. The columns are mounted over pictorial depictions of the cities of Yerikho and Shkhem, from right to left, respectively. Both sides of the cloth bear inscribed prayers entitled in bigger letters:

"For Sabbaths" and "For Festivals"

The passages are illustrated beneath with depictions of the four animals identified separately [following a verse of rabbi Juda ben Tema]:

"Be strong as the leopard and swift as the eagle, fleet as the gazelle and brave as the lion to do the will of thy father which is in heaven (Mishnah Avot 5:20)". 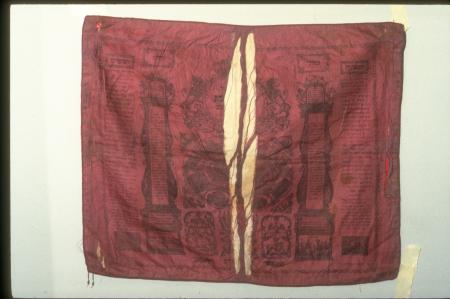 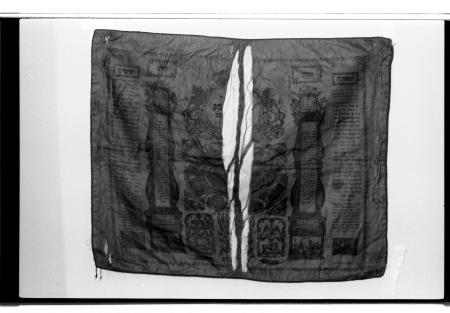