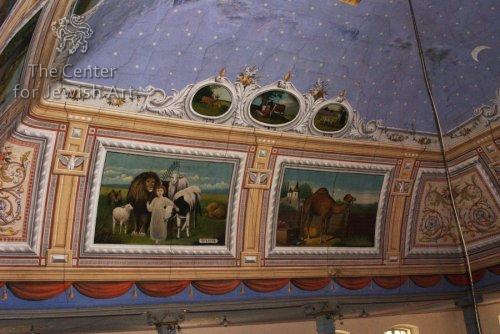 The four narrative scenes are placed in pairs on the east and west side of the vault symmetrical to the images of four animals. Both cycles are placed in a common line of architectural and decorative decor. Three paintings are signed, and one with the image of a camel, is without a signature. However, most likely, all four images illustrate four different prophecies: the prophecy Joseph to Pharaoh of the well-fed and hungry years, the prophecies of Isaiah (Isaiah 11: 6) and (Isaiah 60: 6-7) and the prophecy of Jeremiah (Jeremiah 50:17). On the eastern side of the vault the prophecis of Joseph and Jeremiah are depicted and on the western side of the vault  - two prophecies of Isaiah. 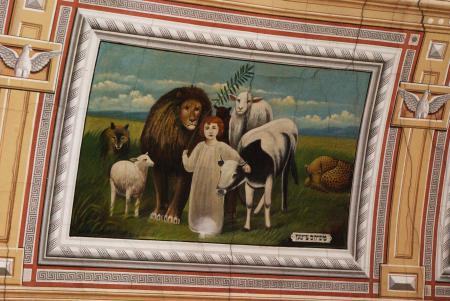 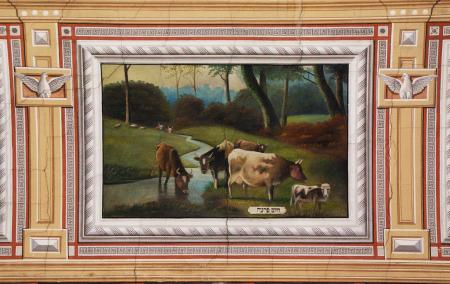 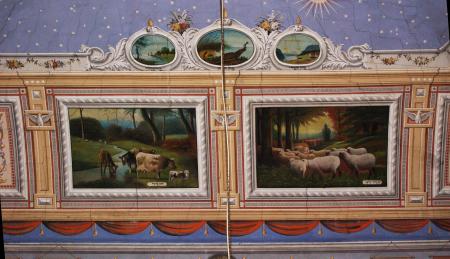 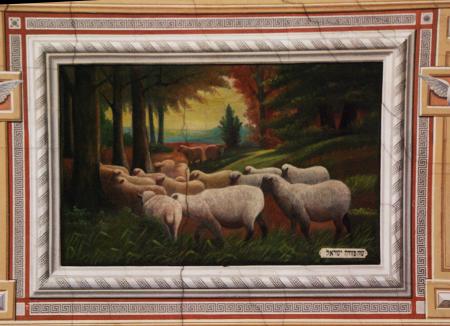 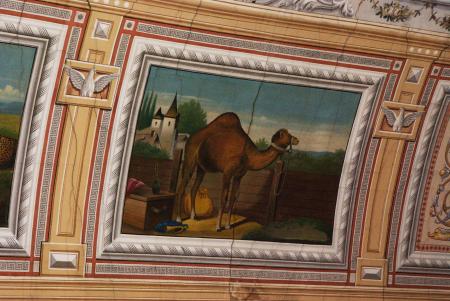 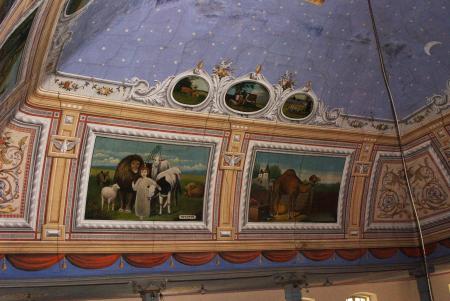 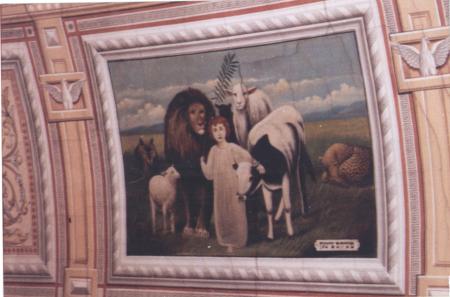 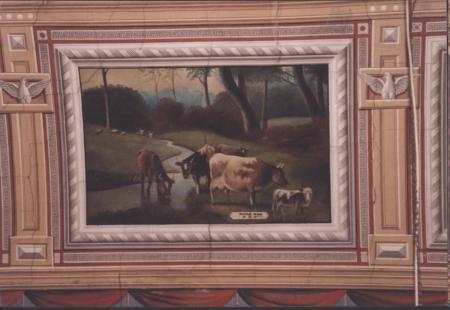 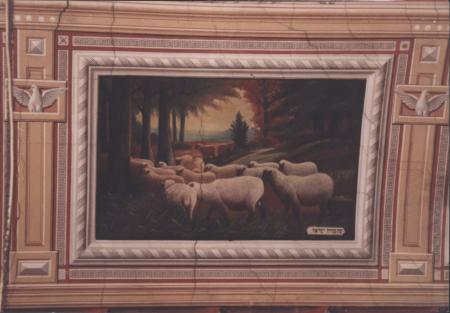 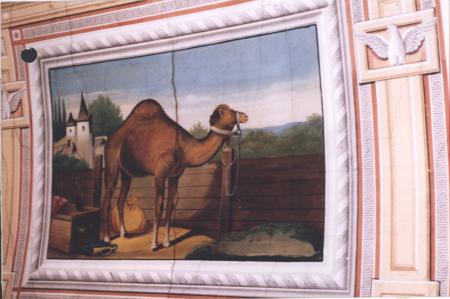