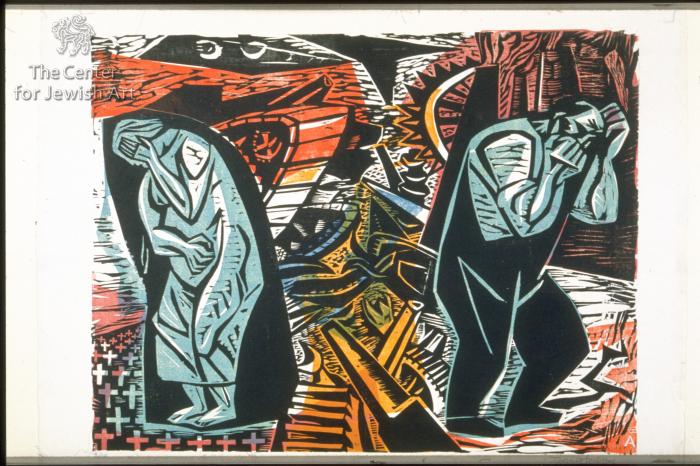 © Center for Jewish Art, Photographer: Harris, David,
The picture represents a couple standing in a desperate pose. The woman, on the left, holds her face with her left hand and her stomach with her right. Black lines form the different parts of the green inner body, which is covered by a large black cape. The floor on which she is standing is composed of crosses. Behind her part of a tank appears. The man, on the right is putting his clenched right hand on his mouth, covering it, and his left hand over his head. His head and arms are coloured in green, white black lines forming the contours. He wears black clothes. On his left orange cannons appear. In the background a city is going up in red flames.The whole background is composed of elements of destruction. In the lower right of the image is written in block letter the first family initial. 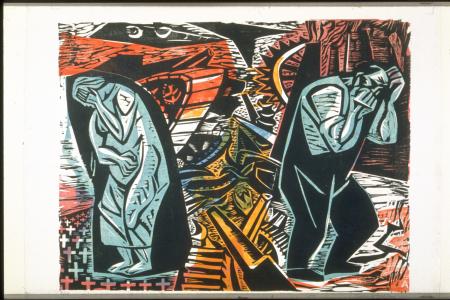 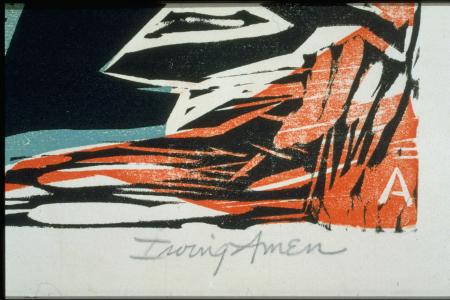