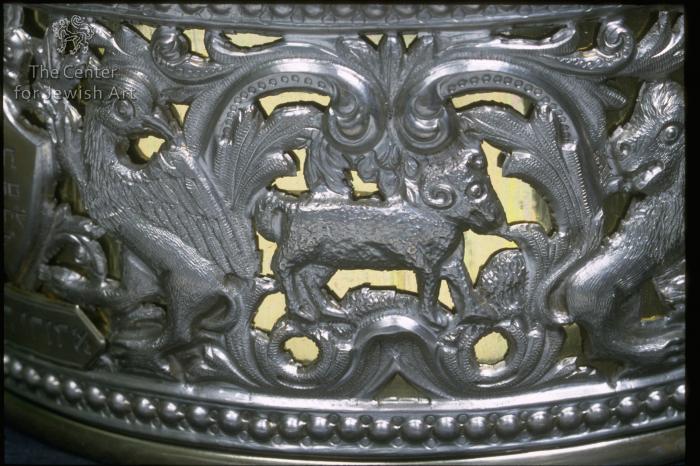 Suggested Reconsdivuction
History/Provenance
According to the hallmarks and dedicatory inscription, the Torah crown was made at the end of the 19th century in Odessa. At the beginning of the 20th century it was probably in Yekaterinoslav and later on, around 1909, it was in Belaia Tserkov'.
Main Surveys & Excavations
Bibliography
Cf. Wien, Kunsthis. Mus., Thora (Ukraine), p.104, no.19.
Short Name
Full Name
Volume
Page
Type
Documenter
Ariella Amar | 1.7.1992
Researcher
Irina Chernetsky | 6.1995
Architectural Drawings
|
Computer Reconstruction
|
Section Head
Ariella Amar | 5.1999
Language Editor
|
Donor
UNESCO |
Object Copyright
Museum of Historical Treasures of Ukraine
Negative/Photo. No.
Edit Img. ID: 4859