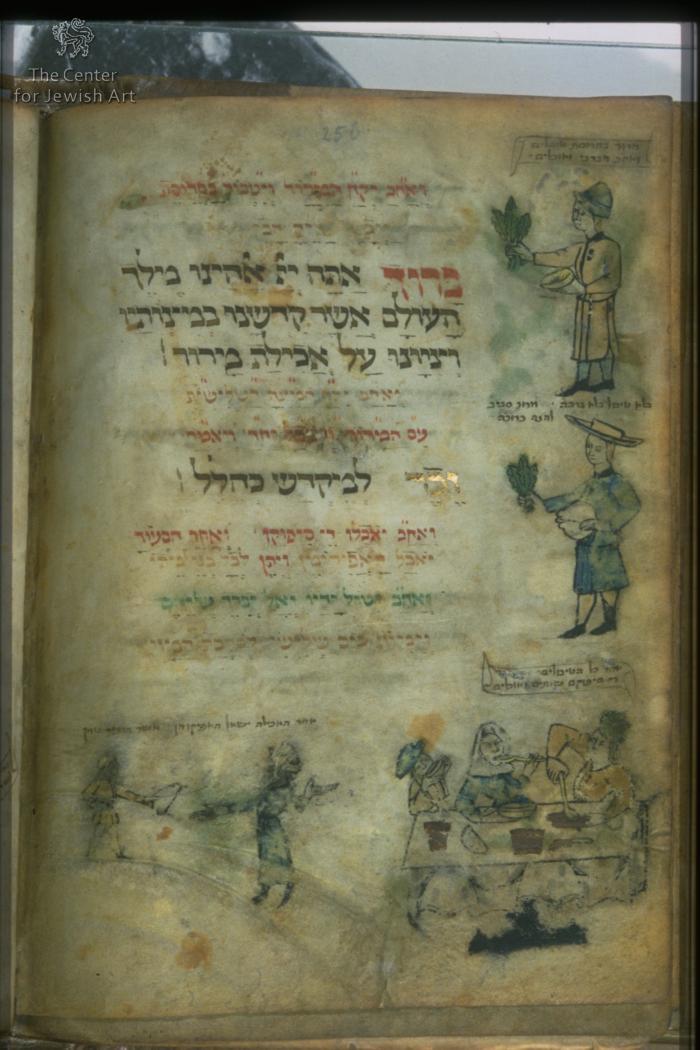 A man holding a bunch of green leaves used as maror in his right hand, and in his left a dish of harosset in which to dip the maror.

“One dips the maror into the harosset, then blesses and eats it.”

A man standing holding two half-mazot in his left hand, and a bunch of green leaves, used as maror in his right, in order to prepare the ‘korkh’.

“Without dipping or blessing, the maror is put round the mazah (sic).”

Two young men standing, one handing half a mazah to the other (flaked off).

“After the meal he asks for the ’afiqoman which the boy had hidden.”