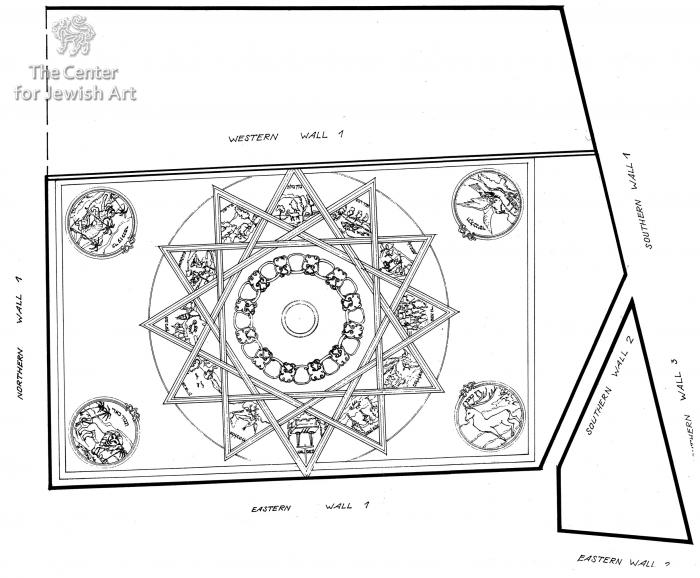 The composition of the ceiling is determined by twelve angled frames, resulting from the intersection of four centrally symmetrical equilateral triangles.  The central medallion is decorated with flowers, the corner ones contain the images of a lion, an eagle, a leopard, and a deer. The twelve angled frames feature the zodiac signs and inside the composition are twelve landscapes and still-lives, framed by cartouches with quotations from Psalm 150.

In the central field of the star, there is a circle of 12 cartouches with images illustrating Psalm 150.  The scenes are consecutive and follow the text, reading counter-clockwise from the southwest corner, so that the depiction of the Shofar illustrating the fifth verse corresponds to month of Tishrei.

The illustrated cartouches alternate with 12 decorative ones.  A round rosette with flowers is painted in the centre of the composition.

The four animals from Pirkeh Avot 5:20 are depicted in medallions in the corners of the ceiling: a tiger in southwest corner, an eagle in the northwest one, a deer in the northeast, and a lion in the southeast.