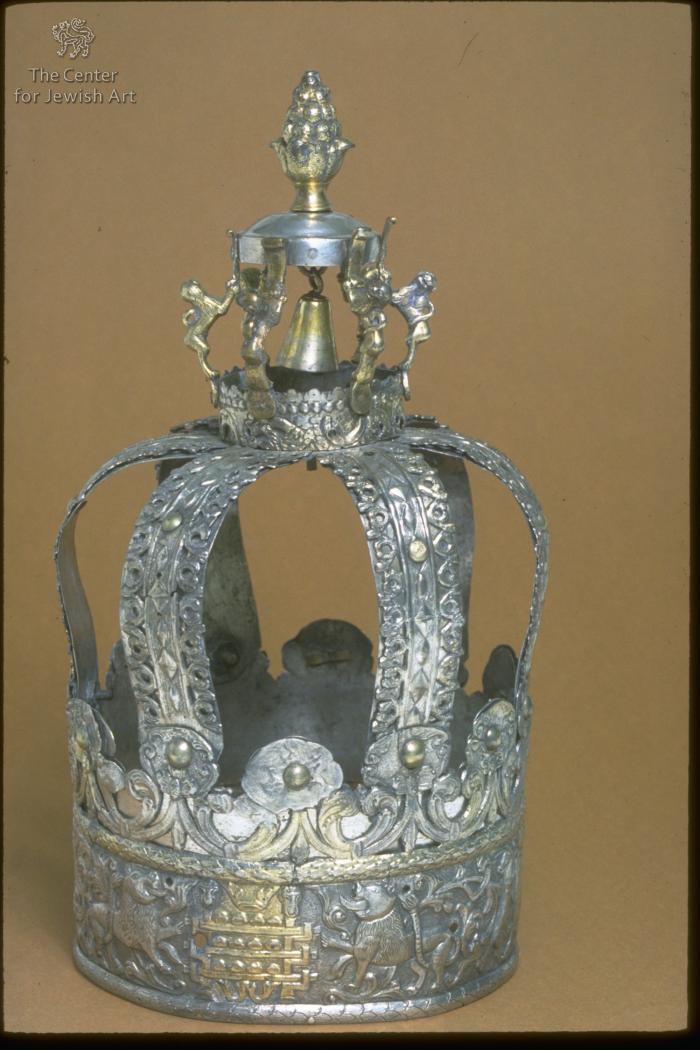 The double-tiered Torah crown consists of a main section, a crest and an apex. Each tier is comprised of a base and arms.

The main section is comprised of a coronet like base. The base is decorated with foliate scrolls and the Sanctuary implements: the menorah (8364), the altar of sacrifice (8365), the shewbread table (8366), and the tables of the covenant (8367). Each implement is flanked by a pair of animals, and mounted over a foliate motif.

The coronet is composed of twelve identical round-headed flowers, each decorated with a protruding dot at the center. The flower's scrolled stems are joined.

A flat arm projects from every other flower head and all six arms converge at the base of the crest. Each arm bears three vertical rows of decoration. The central row consists of alternating diamonds and ovals, while the outer two rows consist of a recurring scroll motif. The crest is composed of a round base, in the form of the band decorated with foliate motifs, six curved arms shaped as rampant lions, which support a lid. A bell hangs from the centre of the lid.

An apex in the form of a pine cone surmounts the crown.