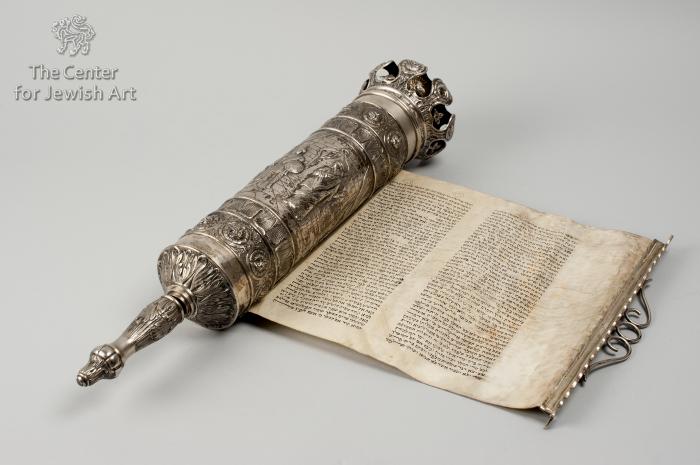 The scroll: The Hebrew text of the Book of Esther is inscribed in rectangular columns. The scroll is decorated only with multilevel elaborate tagim added to some letters occurring in the first lines of the columns of the text. A pull bar of silver is stitched to the right edge of the first membrane.

The case is made of silver and decorated with a scene from the Esther story that is a central part of the composition. In the chamber, the enthroned king extends the scepter to Esther standing in front of him. In the background, between them, stands a soldier dressed in armor, helmet, with a spear in his hand. Possibly it depicts the moment when Esther pleads with the king to save Jewish people (Es. 7:3). Abobe and below the scene, there are two decorative belts. The case is topped with a crown.