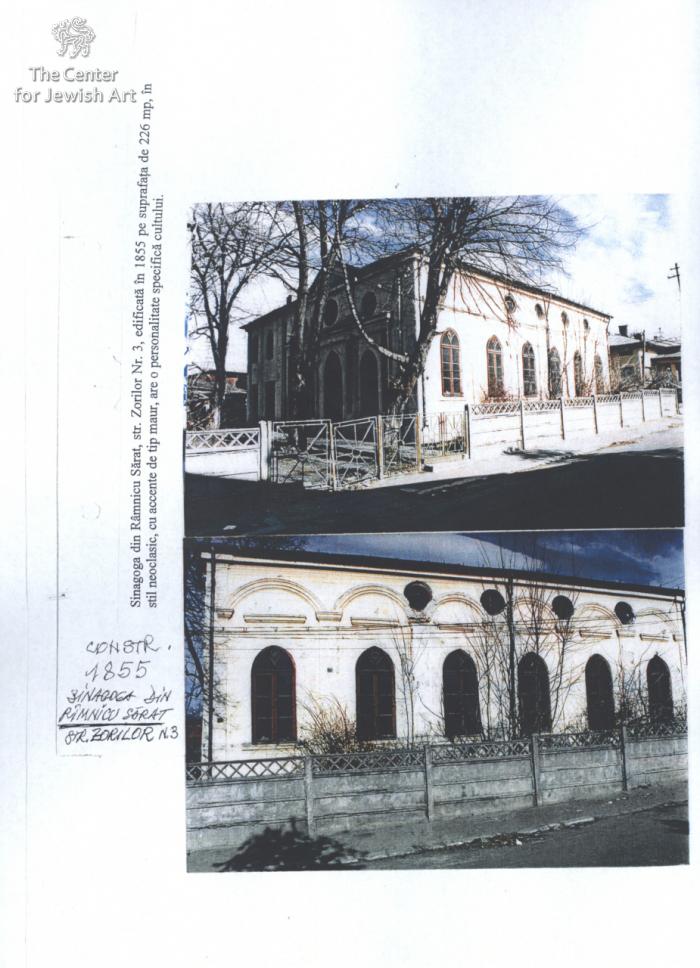 Sixteen lancet windows – six on the north side, six on the south side, and four on the east side – give light to the prayer hall. A second tier of small round windows lights the women's gallery. The windows are decorated on the building exterior with intervening pilasters and curved blind arches. A semicircular apse on the east side of the building marks the niche of the Torah ark.