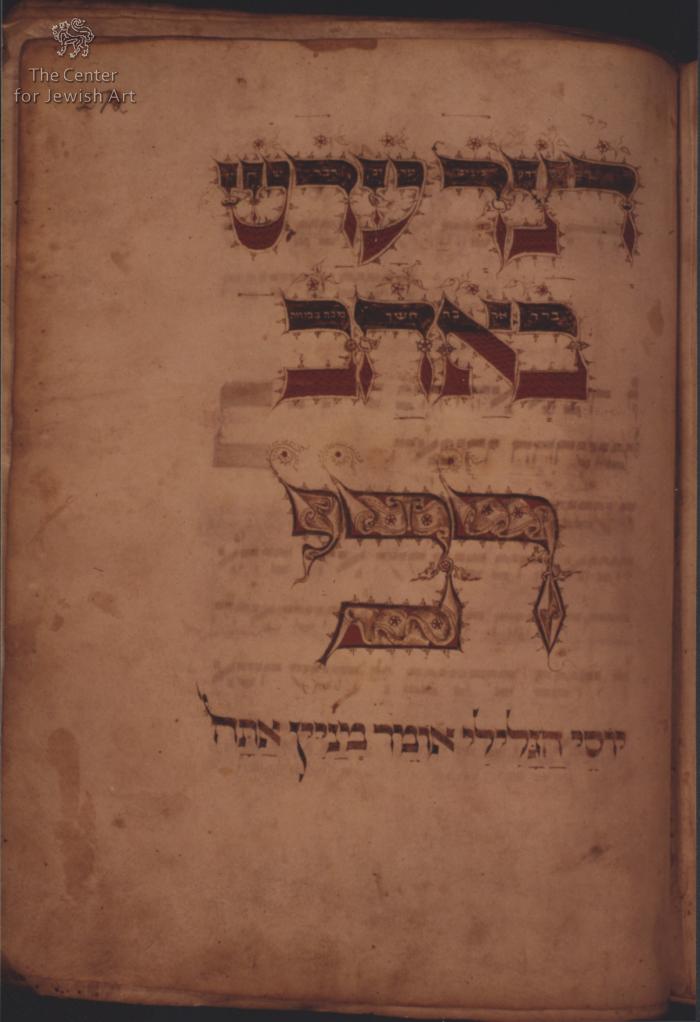 The three abbreviated words standing for the ten plagues דצך עדש באחב "Detsach, Adash, Beahab" are written in decorated display script. The names of the ten plagues are written in spared-ground technique within the brown upper part of the letters. The lower part is painted red and decorated with undulating lines. The last letter of the first word and the penultimate letter of the last word have a banderole in the centre. The first letter of the second word is held by a hand placed in its center. Above the letters are flowers with heart-shaped leaves.

The initial word רבי "Rabbi" below the three words is filled with banderoles decorated with flowers. Two intertwined dragon's heads are placed in the centre of the first two letters.