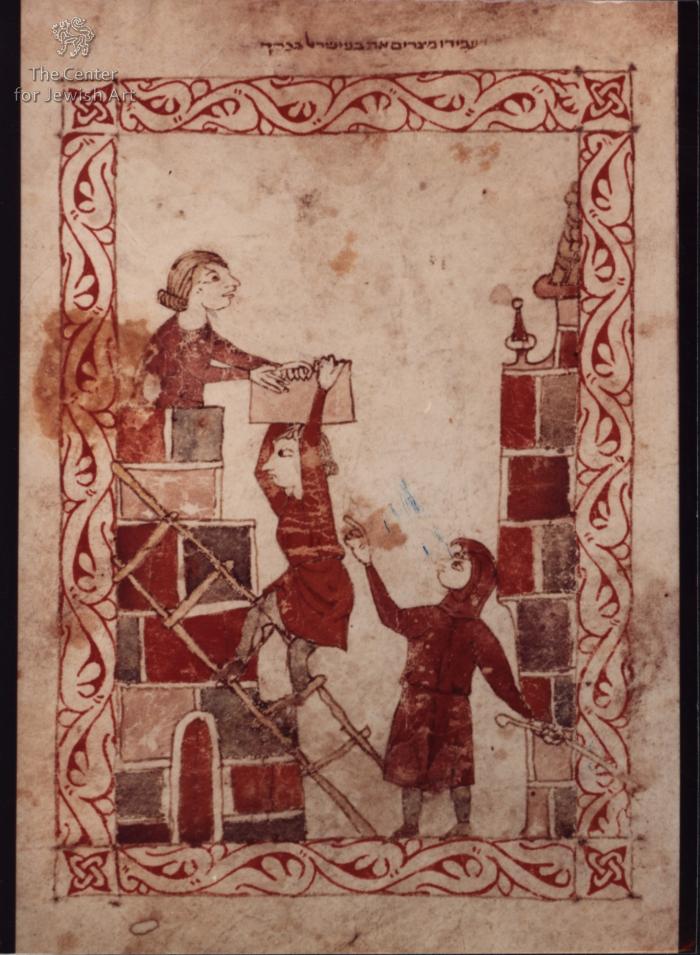 Fol. 62v: An Egyptian taskmaster, standing on the right, is holding a stick and pointing at two Israelites who are working on the left. One of the Israelites, atop an unfinished building, is taking a brick from the other, who carries it on his head as he climbs a ladder. Another building is on the right. There is no architectural frame. Inscribed on top : ויעבידו מצרים את בני ישראל בפרך 'The Egyptians made the sons of Israel serve in rigour' (Ex. 1:13).