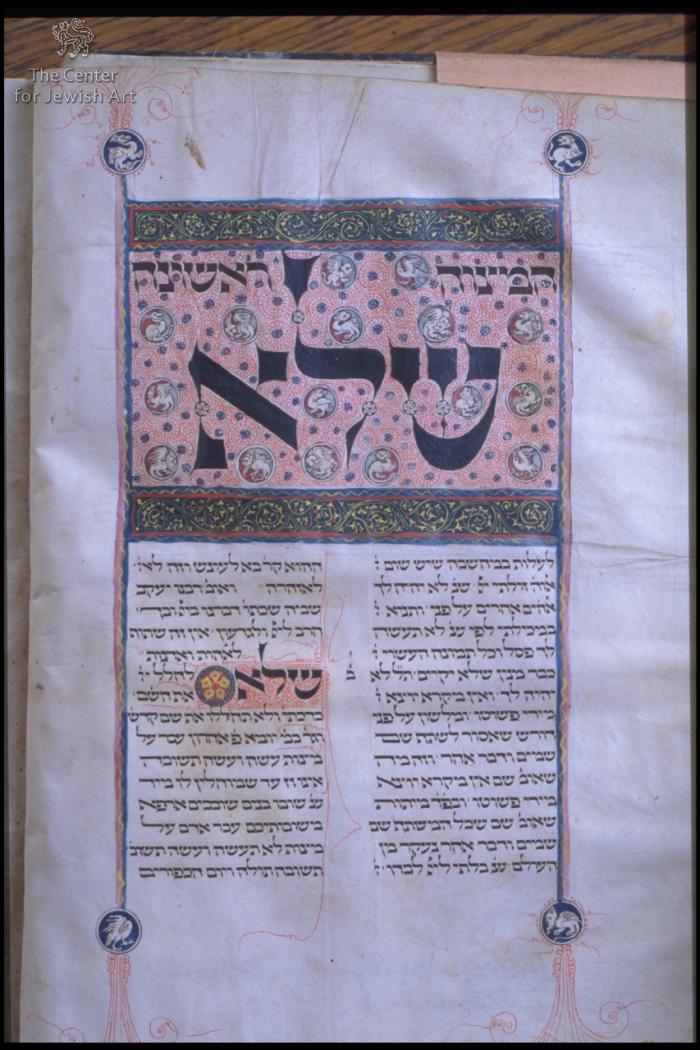 Vol. I, fol. 20v: The initials of “The first precept not to” (המצוה ראשונה שלא), which open the Negative Precepts section, are written in display script within a large rectangular panel of red filigree with blue and magenta floral motifs. The first two initial words are written in small display script, while the third one is the largest and written in large display script and decorated in its stems by small rosettes. Many blue and magenta medallions inhabited by two-legged hybrids and fowls in spared-ground technique are scattered in and around the initials. The top and bottom of the panel are decorated by two painted bands of yellow foliate scrolls dotted by purple and red on a green ground. In the lower part of the left text column, the initial "Not to” ((שלא of the second negative precept is written in display script within a small red filigree panel and decorated by a magenta medallion of a yellow flower in green circle dotted in white. The text space is framed by stripes of magenta blue and yellow wavy lines, which terminate in the upper and lower margins with another four inhabited medallions. Flourishes extend from these medallions into the margins.