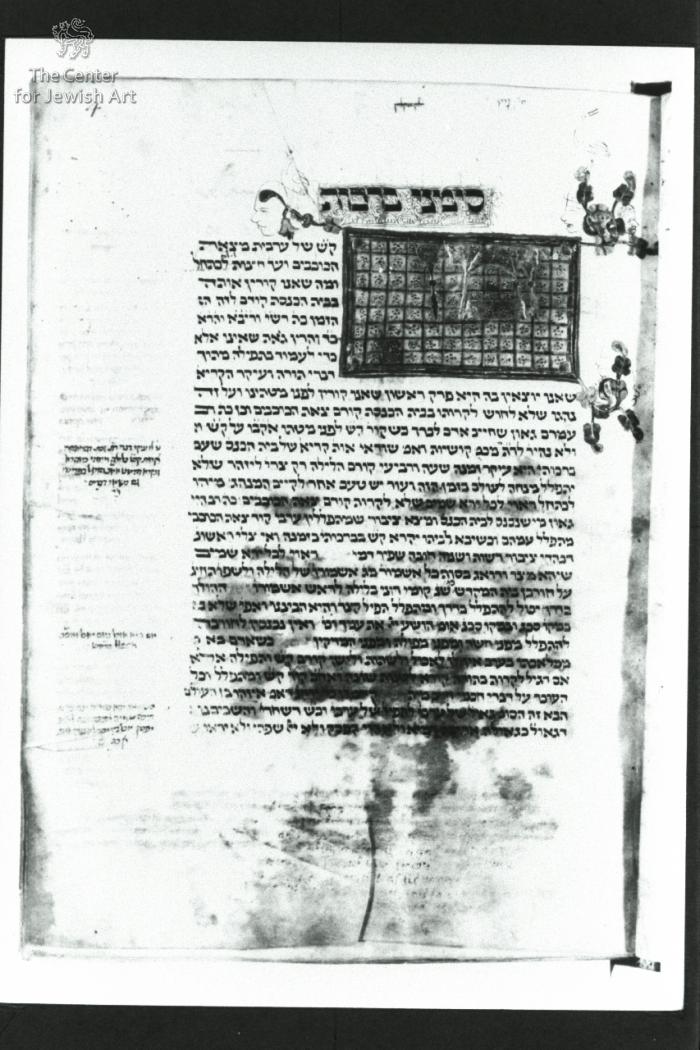 Fol. 4: The initial word זמן "time", is written in burnished gold against a chequered background, framed by green and red strips. In the centre of each small aquare is a small flower executed in blue and white dots. Four gold triangles in the four corners of the panel. From three angles of the panel emerging scrolls with green and purple and burnished gold leaves decorated with white veins. Four grotesque masks a stork and a human face (drawn in ink) are combined with the leaves. The titles for the chapters are written in bigger letters within a panel executed mainly in red ink and rarely in blue or even less in green ink. The panel is usually composed of a horizontal strip filled with semi leaves on top of which the word is sitting. In the space among the letters are round scrolls filled with a drops shape in the centre to which lobes forming a circle are attached, and small lobed leaves in different shapes adjusted to the space that is left. From the two horizontal sides of the panel emerging springs. From the two vertical sides emreging long thin scroll into the margins, forming different floral shapes as well as various masks of grotesque human faces, barking dog, some fish, and baloon like forms sometimes filled with human face.