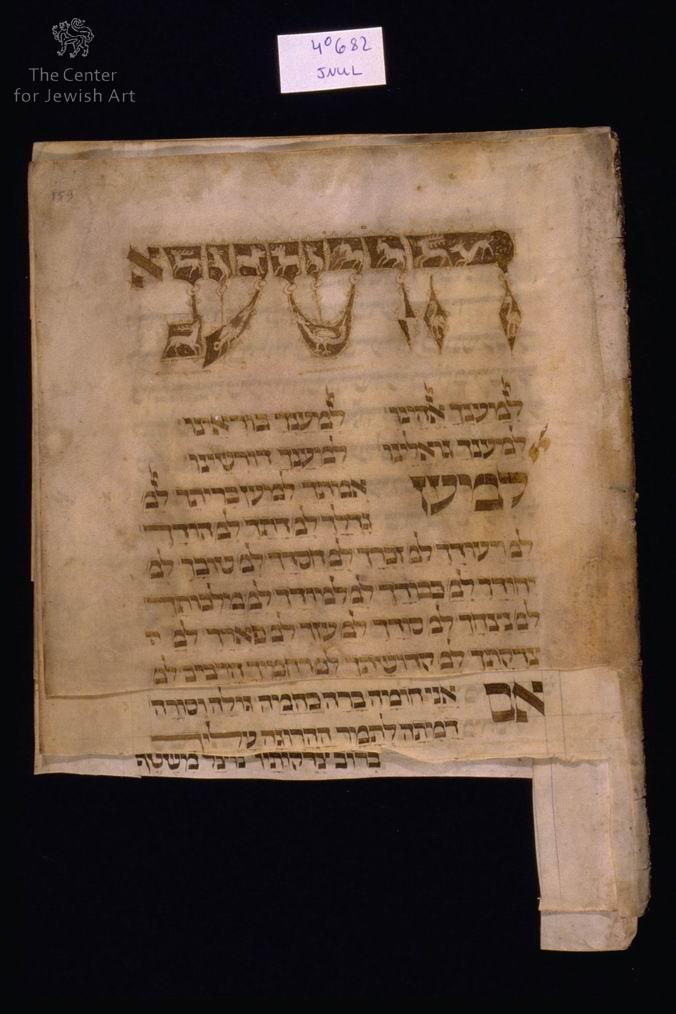 The initial word “Hoshana” הושענא, which opens the prayer for the Hoshaanot of Sukkut, occupies the full width of the text space, is written in bold square Ashkenazi script in dark brown ink. Within the letters, are several animals in spare ground technique including deer, a dragon, a unicorn, fowls & dogs or wolves. The roof of the letter “Hei” ה incorporates a hunting scene of a dog or wolf chasing a deer. Each letter is surrounded by a wriggly line.