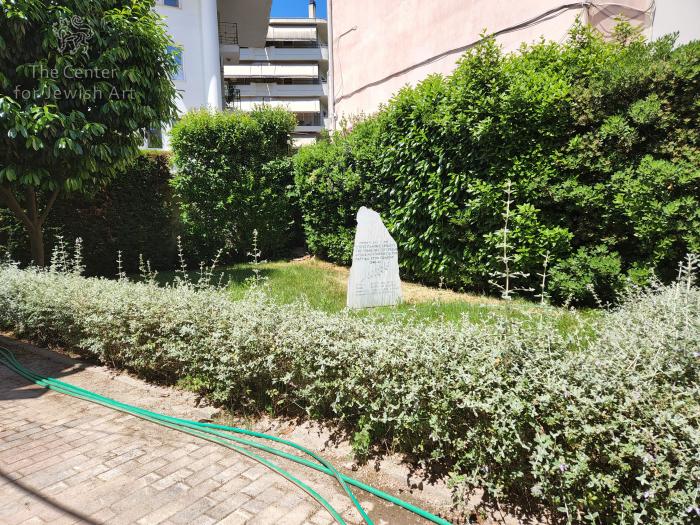 Memorial for fallen Jewish soldiers from Larissa at the synagogue in Larissa, Greece

The marble monument is set directly on a small lawn in the synagogue courtyard and is surrounded by grass. It is stone left rough as quarried on the rear and sides, and smoothed and polished on the front, where there is a commemorative inscription, a relief of an olive branch, and the names of four fallen soldiers. The Jewish Community created a memorial monument to Jewish soldiers from Larissa who died fighting the Italians and German during World War II in the yard of the synagogue, close to the entrance. The work, by sculptor Kostas Ntais, was unveiled in 2003 by the Commander of 1st Army. The monument commemorates the four soldiers killed on the Albanian front.