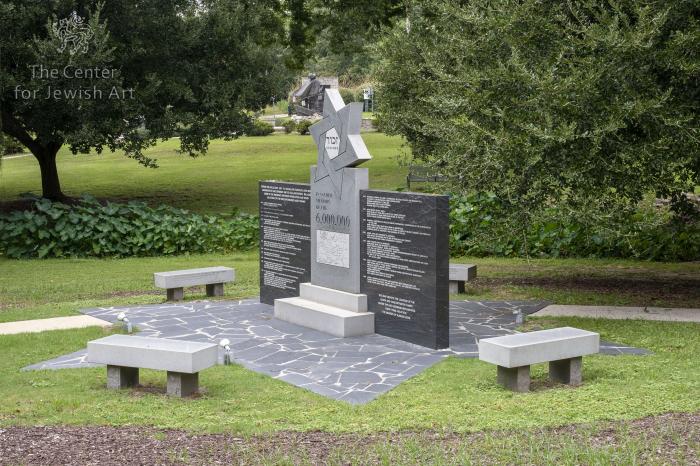 South Carolina Holocaust survivors, liberators, and those who perished.

The Monument is in Columbia's Memorial Park in downtown Columbia on four acres of land. The property is bordered by Hampton, Gadsden, Washington, and Wayne Streets and is one block south of Finlay Park. The park contains several other public memorial monuments.

The monument stands on a pavement made of irregularly shaped gray granite stones, laid in the shape of a Magen David. The upright monument consists of three joined parts. In the center, raised on two light gray granite steps, is a rectangular darker gray granite stele-type slab of which the top is cut in the shape of an off-kilter Magen David within which the word ZACHOR in Hebrew, and the English “Remember” are inscribed. On the front of this part of the monument, near the center, is a short dedicatory inscription: "In Sacred Memory of 6,000,000," Beneath this is an inscribed map of Europe showing the location of major camps and killing sites. On the other side of this stele are engraved representational images recalling the concentration camps.

The central stele is flanked by two large rectangular black granite slabs that sit directly on the pavement. On one face of these is a inscribed a timeline of the Holocaust. and on the other are listed names of Holocaust liberators and survivors of South Carolina.

Four simple gray granite benches without backs encircle the monument. Each of these is inscribed with a quote from a survivor or liberator, with one from Jadzia Stern, who began this monument project.

In the center, above map:

During the Holocaust, 1933 - 45, six million European Jews were
murdered by Nazi Germany and its collaborators. Millions
more of the innocent suffered persecution and death
as victims of the State-sponsored Nazi Tyranny.

This map depicts the location of the
Death and Concentration Camps
where the Nazi Germans implemented
their "Final Solution,"
the murder of 6,000,000 Jews.

I have never felt able to describe my emotional reactions when I
first came face to face with indisputable evidence of Nazi brutality
and ruthless disregard of every shred of decency...

I made the visit deliberately, in order to be in a position to give
first-hand evidence of things if ever, in the future, there develops
a tendency to charge these allegations merely to 'propaganda.'

May God Remember them for good
with all the righteous of the world.
— The Jewish Prayer Book 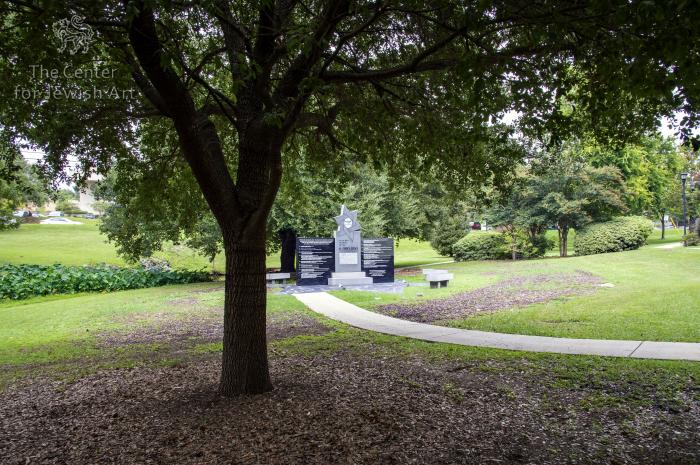 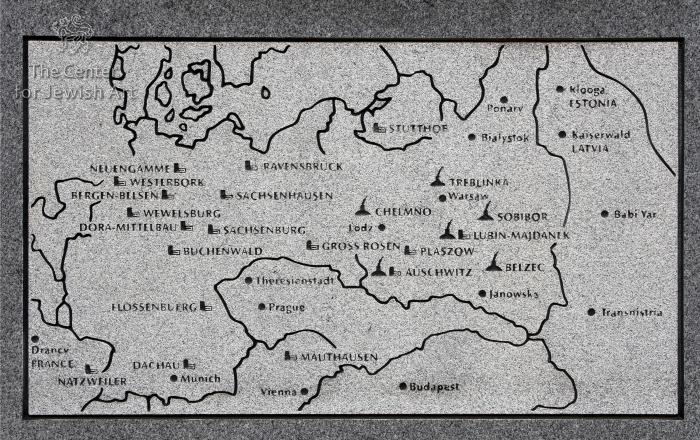 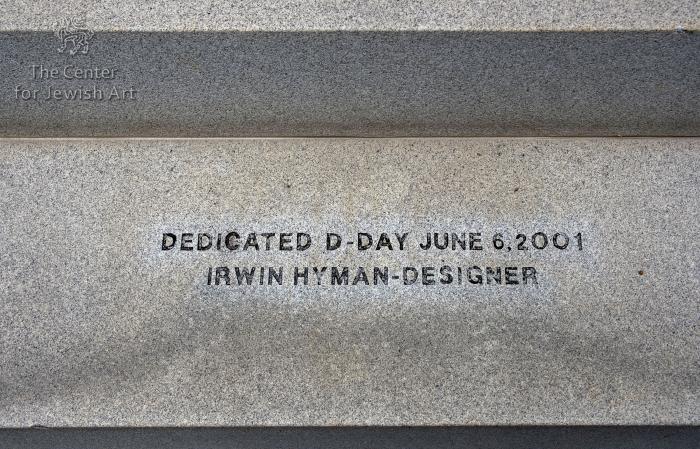 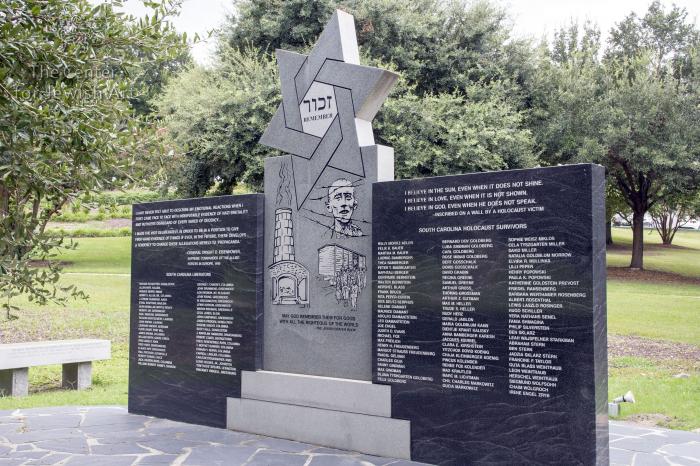 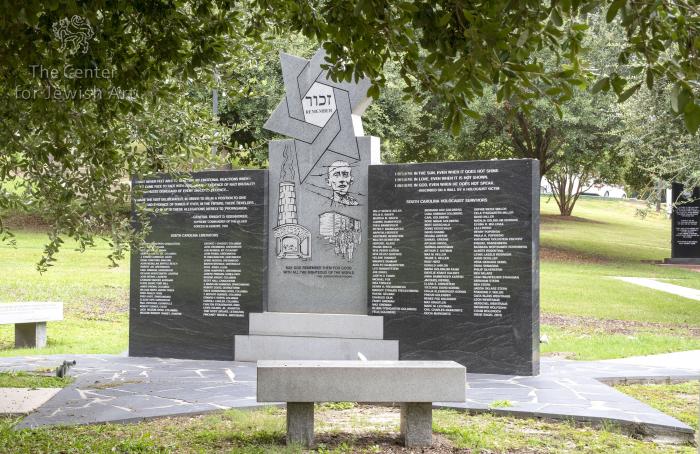 The Columbia Holocaust Memorial Monument was unveiled and dedicated on June 6, 2001, the 57th anniversary of D-Day. The Monument memorializes South Carolina Holocaust survivors, liberators, and those who perished. It stated purpose is to educate all South Carolinians visiting the memorial about the Holocaust.

The HMM began at the urging of Jadzia Stern, and then the project was revived and expanded by her daughter Lilly Filler, who created a broad coalition of supporters beyond the Columbia Jewish community, including the University of South Carolina, U.S. Army Fort Jackson, and the City of Columbia. The committee raised $150,000 for the monument’s design and construction, and the dedication took place only 363 days after Filler convened the first committee meeting. It was attended by several hundred people.

Hyman Irwin was chosen to design the monument and to create a design that fulfilled three goals:  to remember the six million; one was to honor the survivors and the liberators; and one was to educate South Carolinians about the Holocaust.

The committee engaged Belinda Gergel and Selden Smith to develop a timeline of events from 1932 until 1946 and this historical information is inscribed on the monument.

The memorial was just the beginning. Filler used the remaining $75,000 to establish the Columbia Holocaust Education Commission (CHEC) to promote Holocaust education in the city of Columbia, and through the state. More than 20 years later, the Commission continues its work with grants to South Carolina educators and also places its travelling exhibit, “Holocaust Remembered,” in schools and community spaces every year.