Jewish victims of the Holocaust from Plzen

The memorial draws on some of the oldest and best traditions of Jewish commemorative practice including the piling of stones, the naming of names, and the respectful treatment of the ruins of holy sites, including synagogues.

Within the walls of the former synagogue 2,600 smooth rounded stones are laid out on gravel between stone borders.  Each loose stone is inscribed with the name of a victim, and they are arranged alphabetically. There are 200 more stones than the number of Jews who were died after deportation as relatives of victims who were not from Plzen asked if they also could inscribe their family members’ names on the stones.

The stones are now framed in a series of rectangular beds, like those found in a formal garden, bordered with cut stone. The shapes of the rectangles covered with stones suggest grave plots.

Supported by City of Plzen 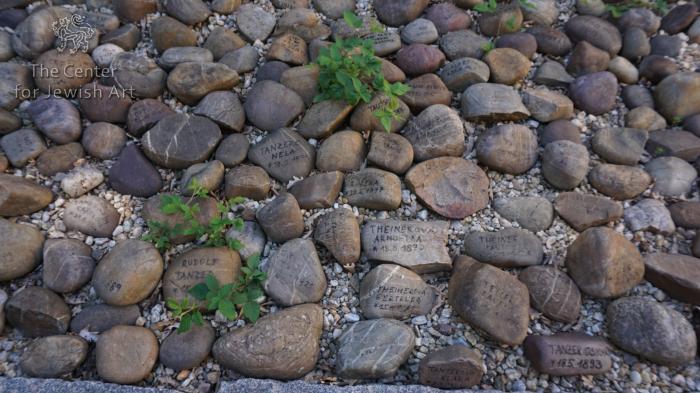 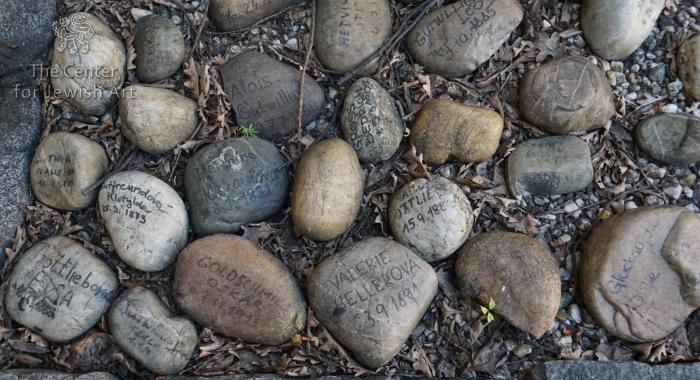 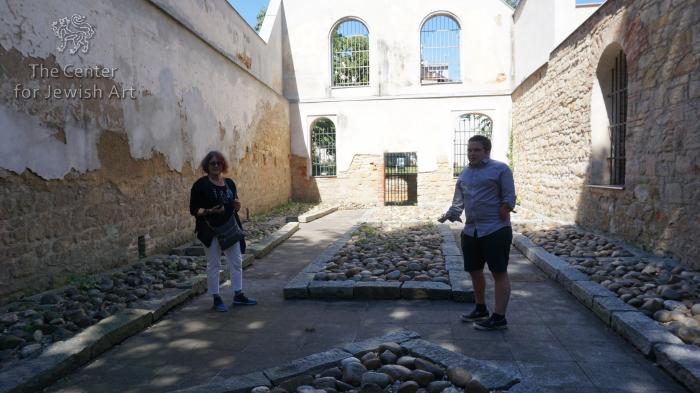 This modest Holocaust memorial is the collaborative work of a local teacher, students, Jewish community members and Holocaust survivors. The monument was inaugurated in 2002 on the 60th anniversary of the deportation of Plzen's (Pilsen) Jewish community. Plzen’s 2,604 Jews were sent to Terezin, and then to concentration and death camps, including Auschwitz. Only 204 survived.

The memorial exists within the ruined walls of the so-called Auxiliary Synagogue, also known as the Old Jewish School that was built in 1875 next to the Old Synagogue. The two structures were joined by a stone staircase to the galleries. After the opening of the New (or Great) Synagogue in 1893, the Auxiliary Synagogue was used for storage and today only the outer walls survive to enclose the Holocaust Memorial. This was built as part of the project “Year 2002 — Year of Memories,” in which Plzen hosted various events to commemorate the Holocaust.

The idea for the memorial came from Radovan Kodera, a local conservationist and photographer who got the idea when photographing the massive New Synagogue which once seated up to 3,000 people.