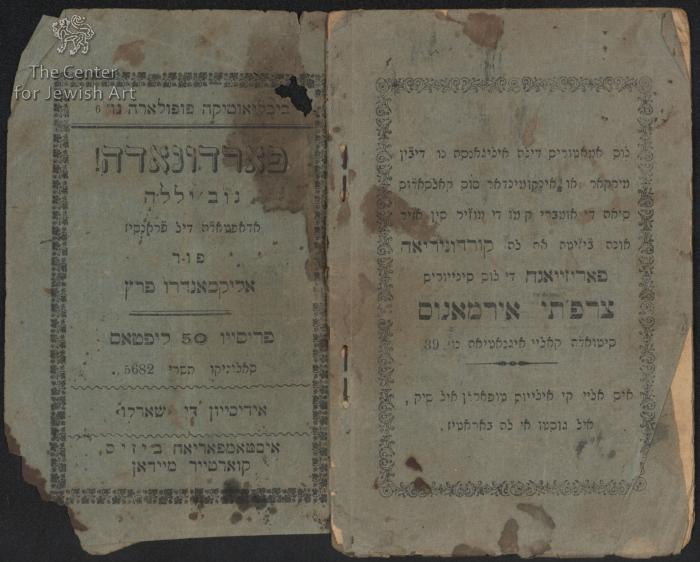 A novella in Ladino.
The history of Hebrew printing in Salonica began in the early 16th and lasted some 400 years, being brought to an end only with the Nazi conquest. The first Hebrew press was established in Salonica in 1512 by a Portuguese printer and émigré, Ibn Gedalya. By the 1560’s, with the mass influx of former Marranos from the Iberian Peninsula, printing activity in Salonica flourished. The 18th-19th centuries witnessed another flourishing, with the establishment of printing houses that lasted for significant periods of time. In the 20th century new printing houses were founded which handled all types of printing work, including books and popular literature in Ladino.