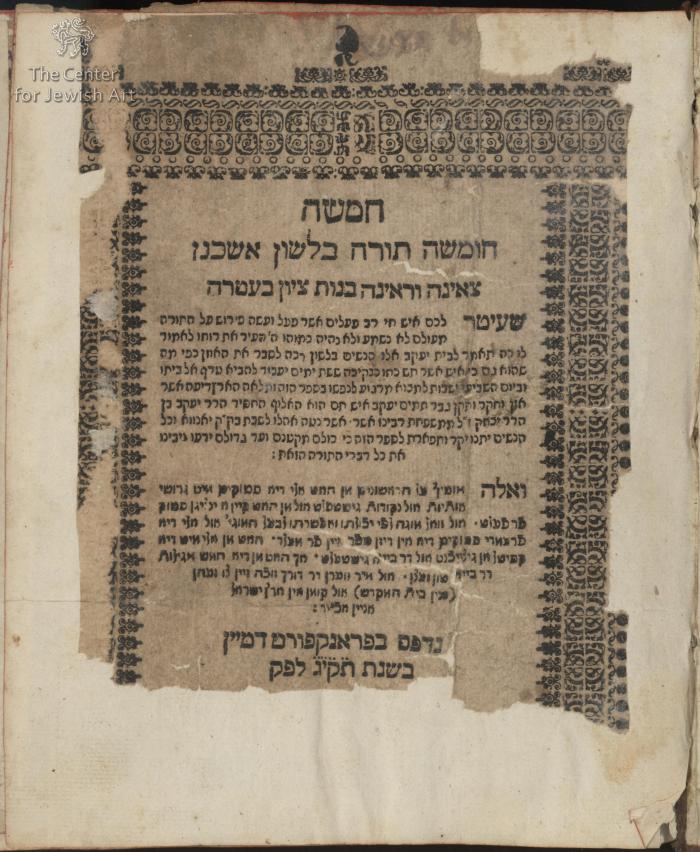 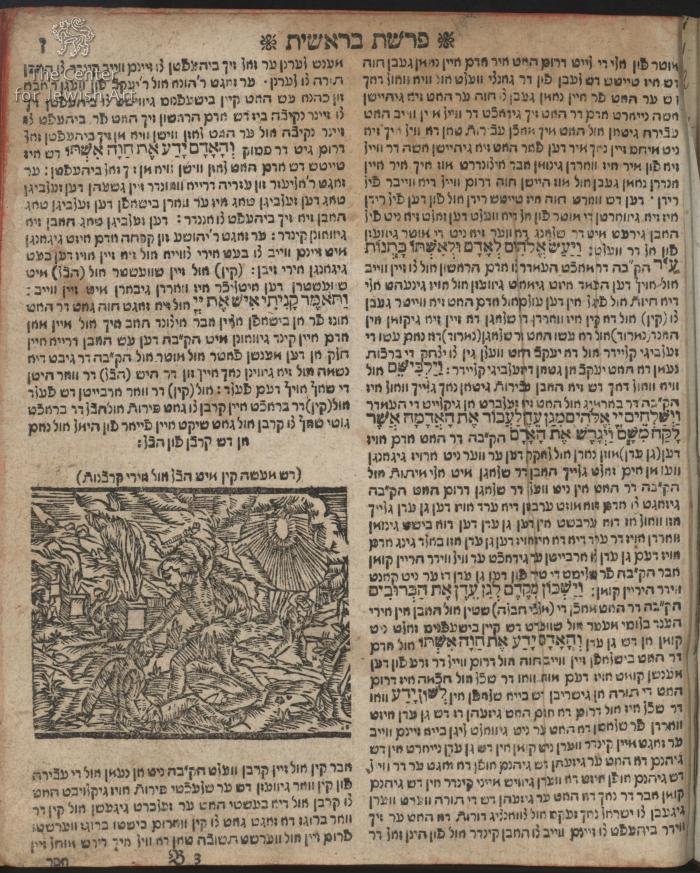 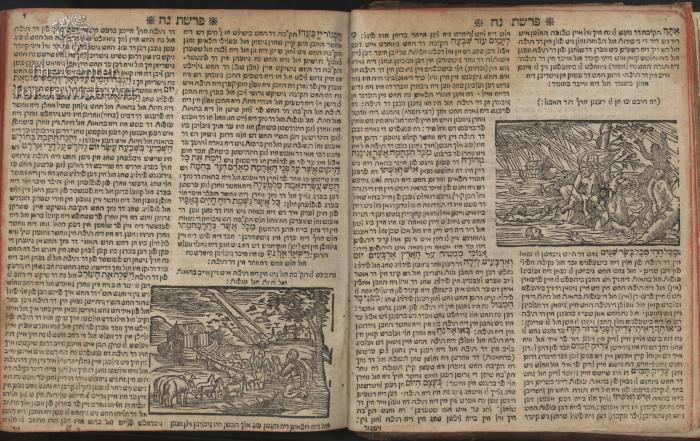 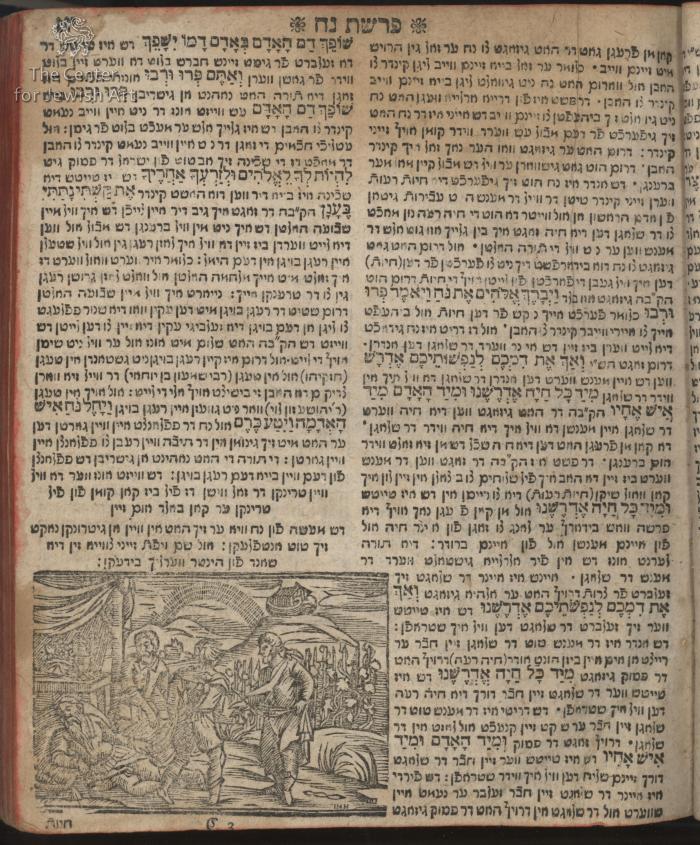 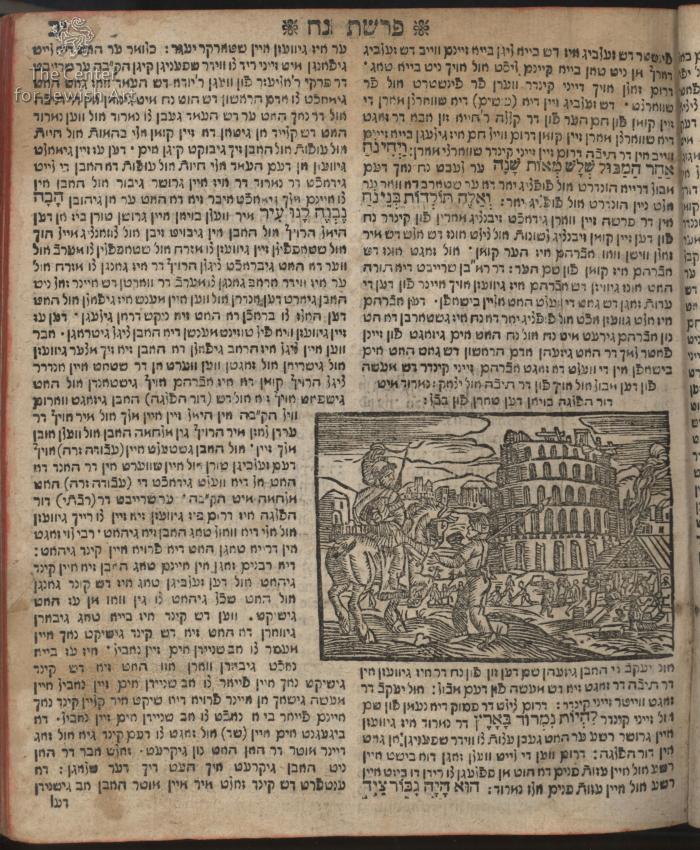 Most Jewish women of the 17th and 18th centuries were unable to read Hebrew, but were familiar with Yiddish. At the same time almost all editions of the Bible were published in Hebrew. There arose a popular literature of Bible stories for women in the Yiddish language. This book was named "Tzeena u-Reena" and was published in many editions, particularly in Southern Germany.
This book is a miscellany of Midrashic tales and exegetical commentary, woven around a Yiddish rendering and paraphrasing of the Chumash, Haphtaroth and the Megillot. The Tzeena u-Reena is the most renowned Yiddish work of homiletical prose and has been particularly beloved by generations of Jewish women. Written in a lucid, flowing style, the numerous editions issued over time has resulted in that the text of the book has become a laboratory in researching the development of the Yiddish language.
The book was often illustrated with charming woodcuts to keep the interest of the readers.
A relatively early edition with illustrations that are of a finer quality that those of the numerous edition towards the end of the 18th century. It is bound in a leather binding with brass clasps.
EJ; M. Erik, Geshikhte fun der Yidisher Literatur (1928), 223–30; Milly Heyd, “Illustrations in Early Editionms of the tsenbe-u’Rene”, Jewish Art X 1984 pp. 64-86; JE; Ch. Lieberman, in: Yidishe Shprakh, 26 (1966), 33–38; 29 (1969), 73–76; Ch. Shmeruk, in: For Max Weinreich on his Seventieth Birthday (1964);