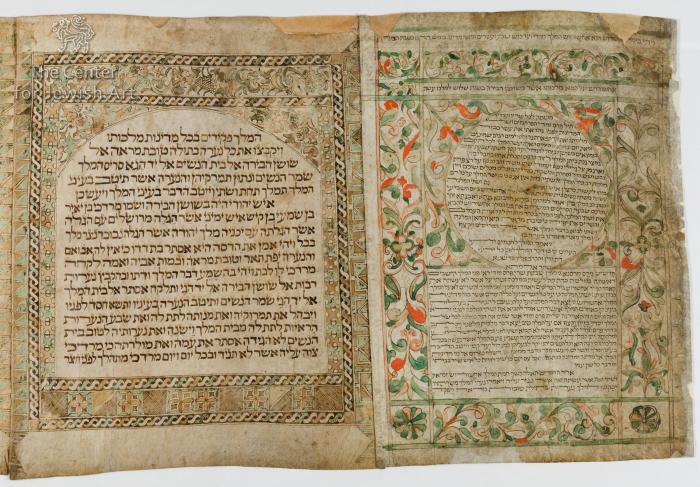 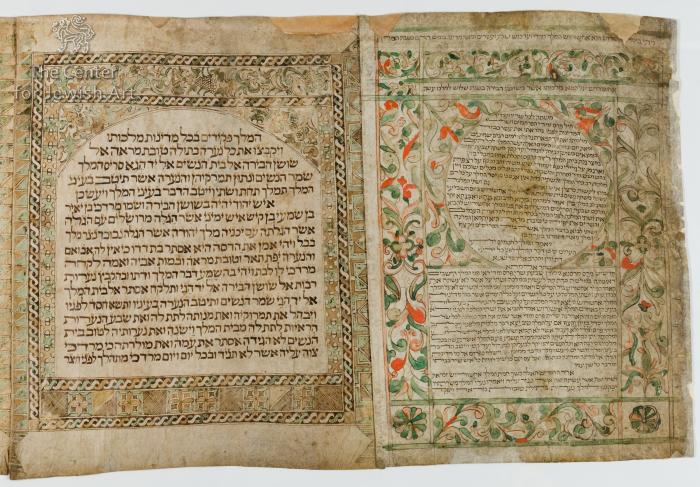 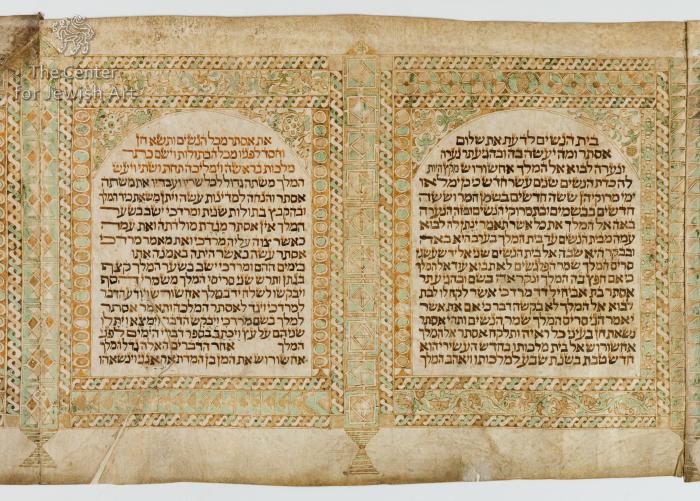 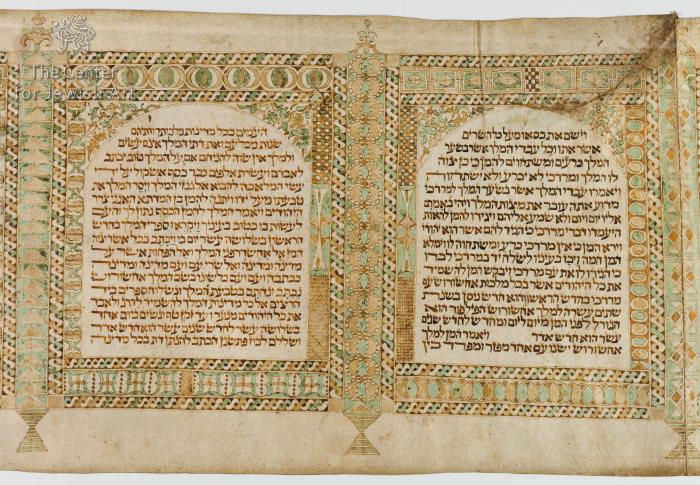 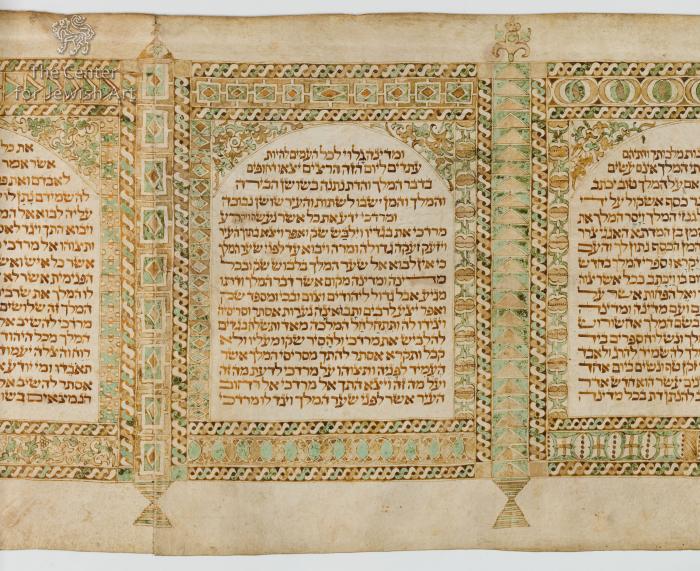 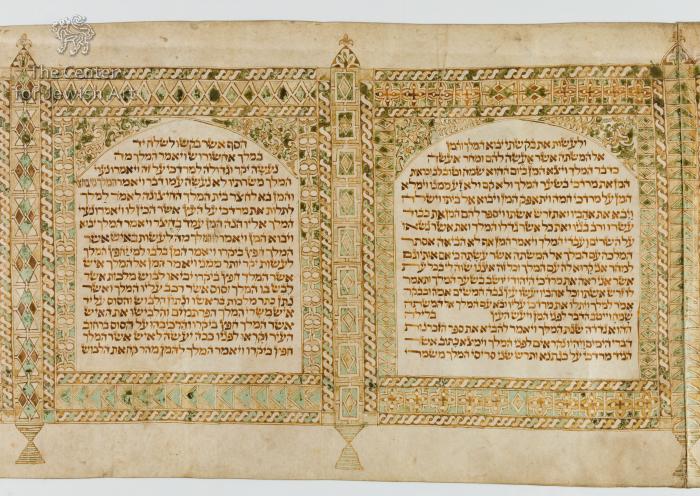 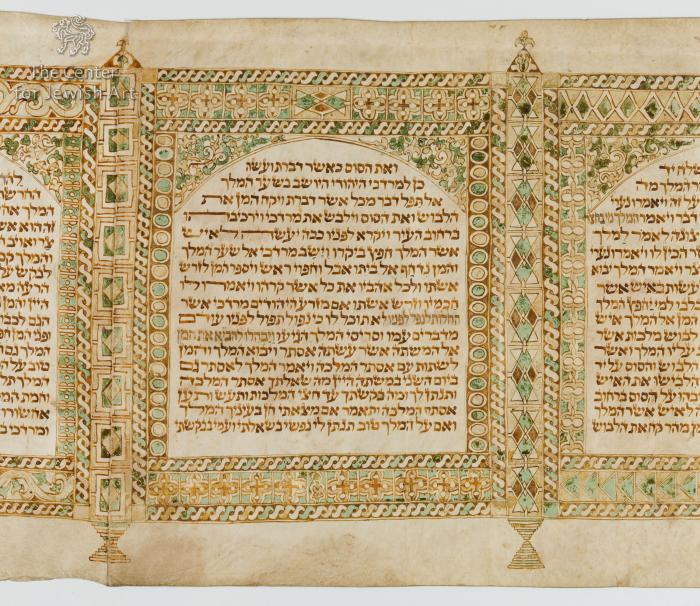 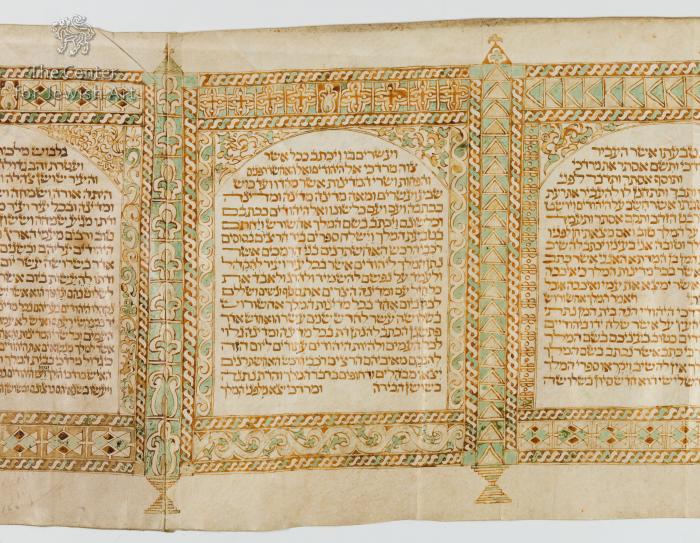 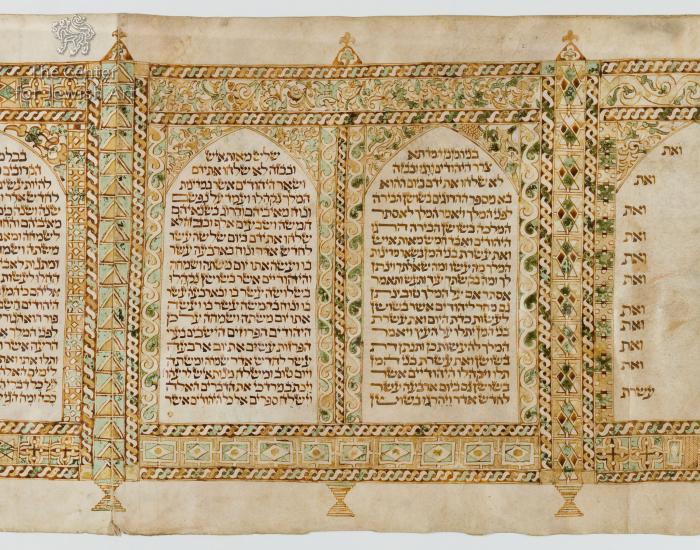 The right edge of the first membrane is damaged.

The third and the fourth membranes are torn.

There are some slight losses in the membranes.

The text is very well preserved.

The green paint is flaked off and faded.

The scroll lacks its original opening panel (possibly it was lost or damaged) that was replaced by a membrane decorated with different motifs than all remaining membranes; therefore, the manuscript features two styles of ornamentation. The opening section of the Book of Esther is copied exceptionally within a horseshoe arch surrounded by floral decoration. All other columns of text are copied within arches framed by sophisticated floral and geometric decorations that resemble furniture ornamentation; they all feature the same style but differ in detail. The decorations of the first membrane feature different coloring than the remaining part of the manuscript. The final part of the scroll is blank.

According to William Gross: "This is arguably the grandest of all decorated Esther scrolls from Morroco known today".

The scroll is formed of 9 sheets, containing in total 21 columns of text of 17 lines each, except for col. 1 which includes 41 lines and col. 17 which includes 11 lines divided into two half-columns.

The text is written in Hebrew square Oriental script with tagin in brown ink on the parchment membranes.

The letter ח (Es. 1:6) is elongated and arched (similarly to some other elongated letters in the first column). The letter ת (Es. 9:29) is not highlighted. Enlarged and diminished letters are included in col. 17.

The ruling is made with a hard point; only horizontal lines can be noticed.

Text panels nos. 17-20 are narrower than all remaining panels in the scroll.

Some words in the scroll are vocalized.

No bibliography is available on the scroll.