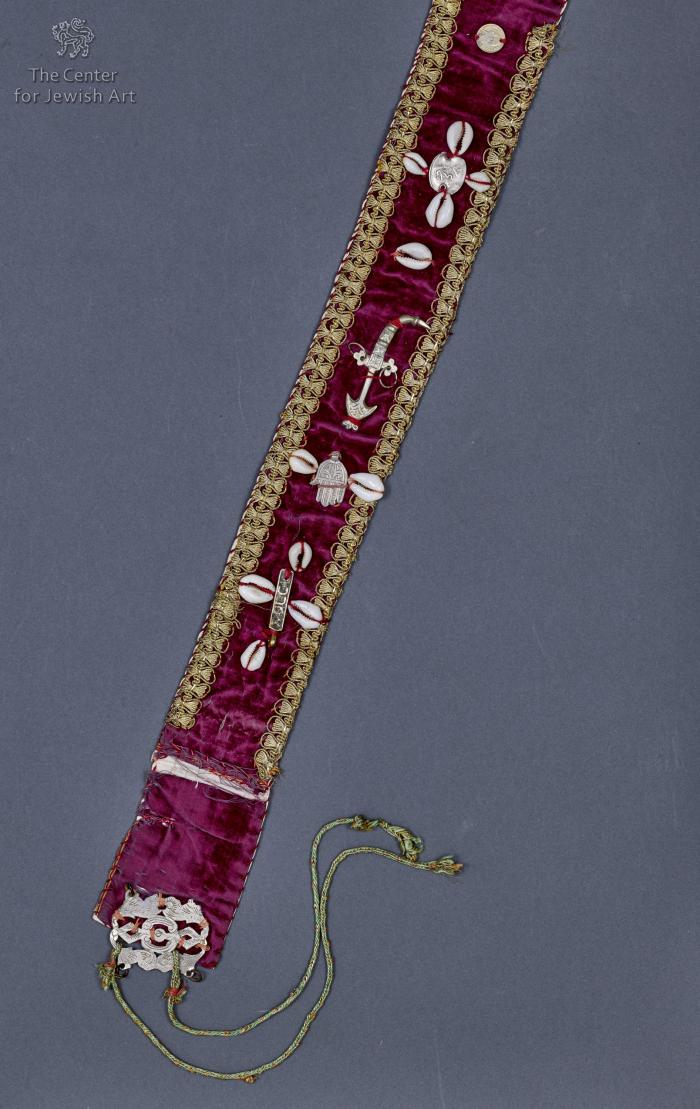 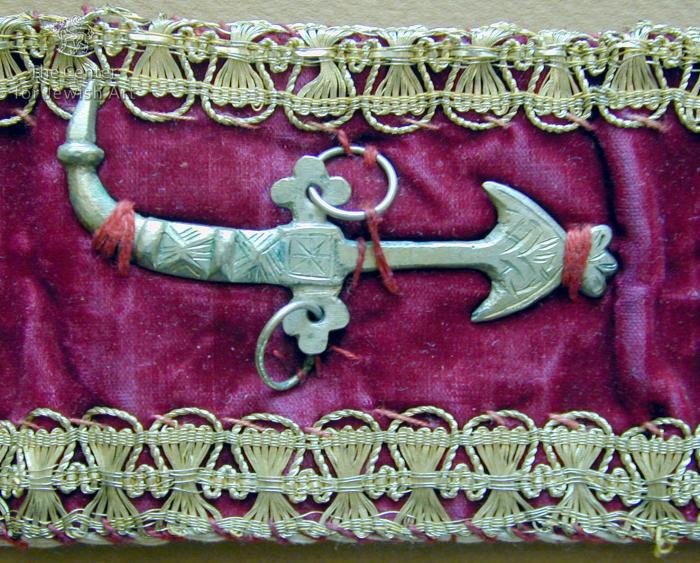 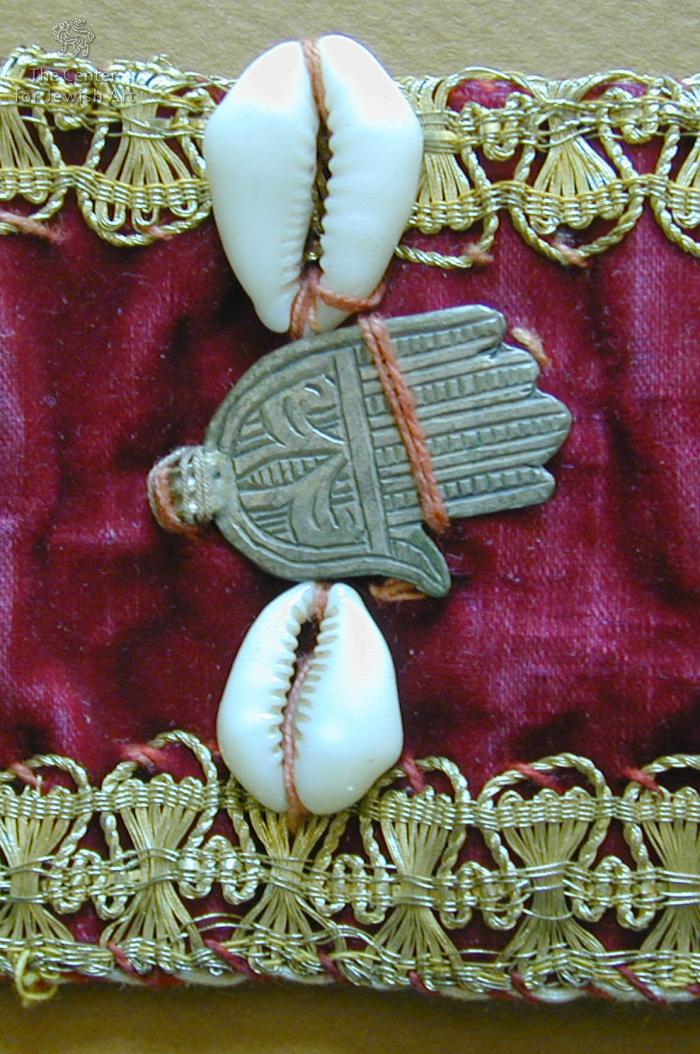 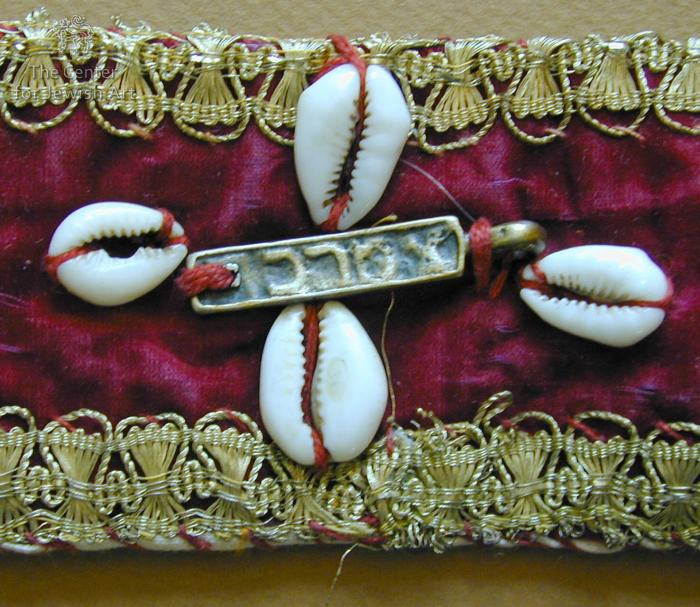 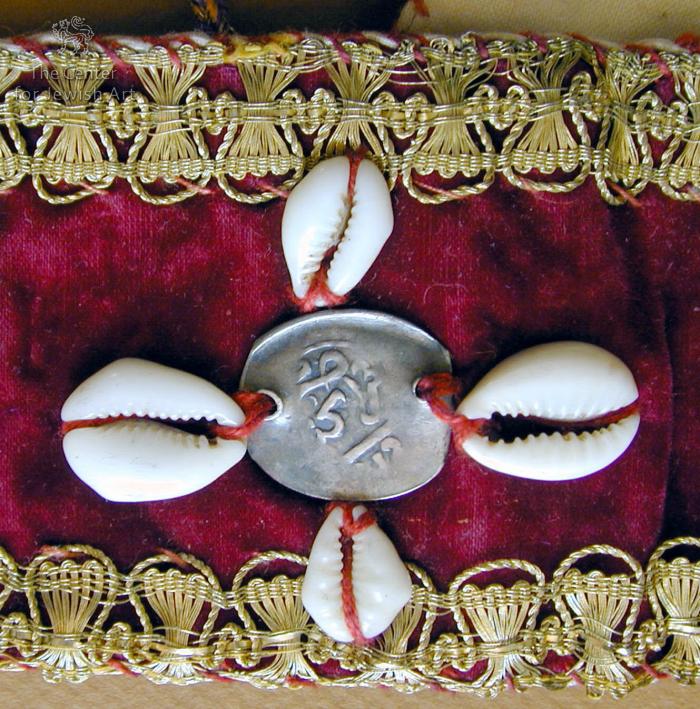 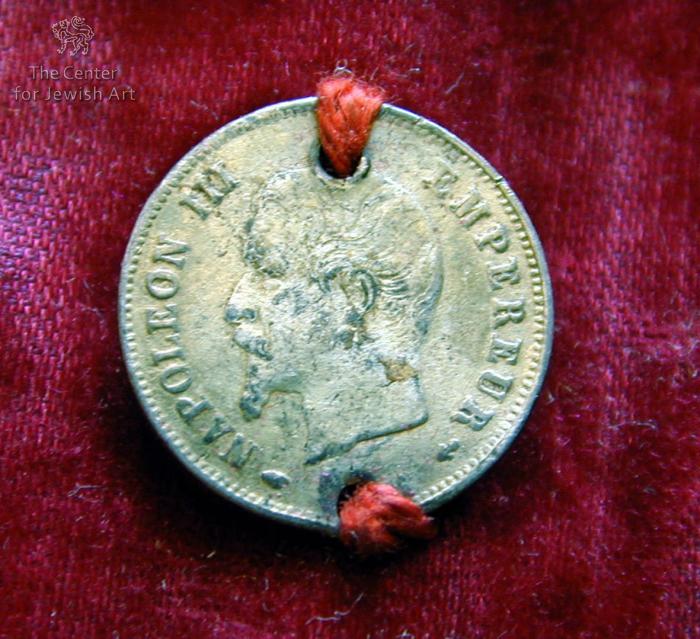 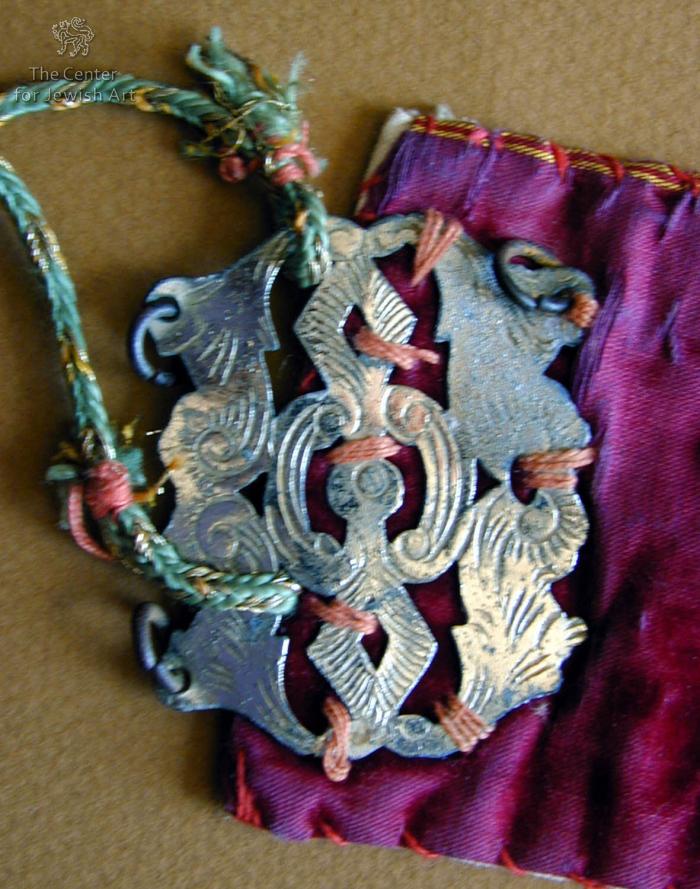 This band has sewn upon it different symbols which have amuletic powers.  The centrality of the "tadjdid", the sword to protect against the evil intentions of Lilith, indicates that its purpose was as a birth amulet for mother and new child.  According to information in the ethnographic department of the Israel Museum, there is a connection between a belt as protection and the birth process. It seems clear that this is the intent of this object. This was apparently bound around the head of the woman giving birth to protect her and the child. Other protective elements in the headband are a silver piece inscribed with one of the holy "names" and, of course, the hamsa. The cowrey shells themselves represent eyes, which are themselves an antidote against the evil eye.