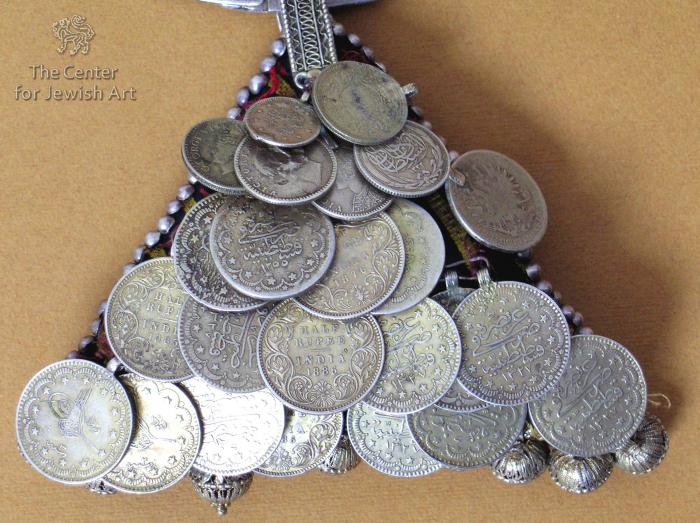 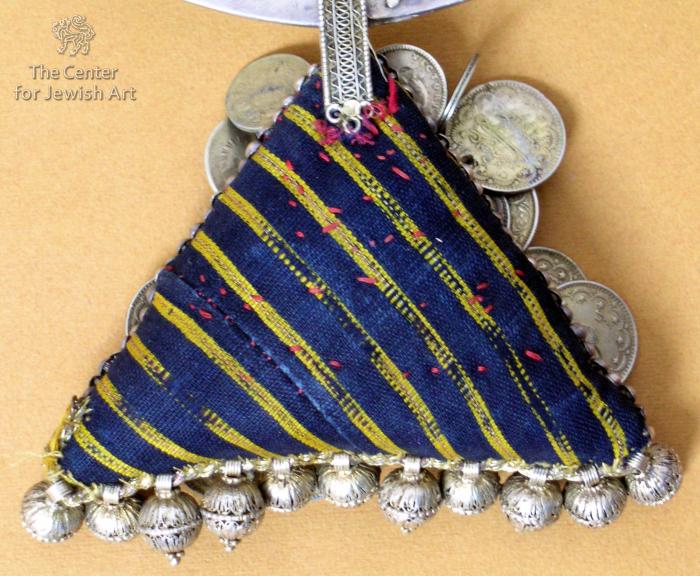 A special amulet for the Yemenite bridegroom. The triangular pouch is filled with different materials considered amuletic and covered with silver coins. The triangular form is itself a protective form against the Evil Eye.