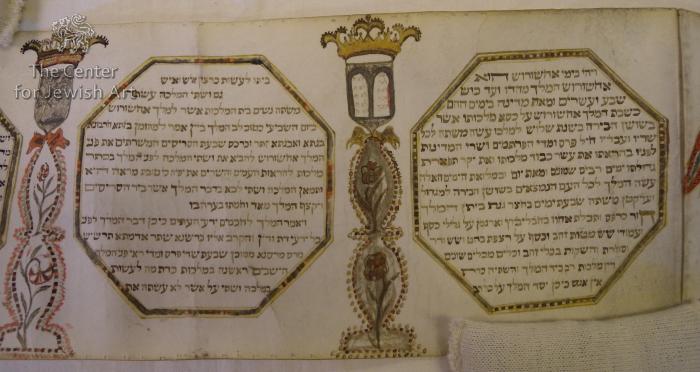 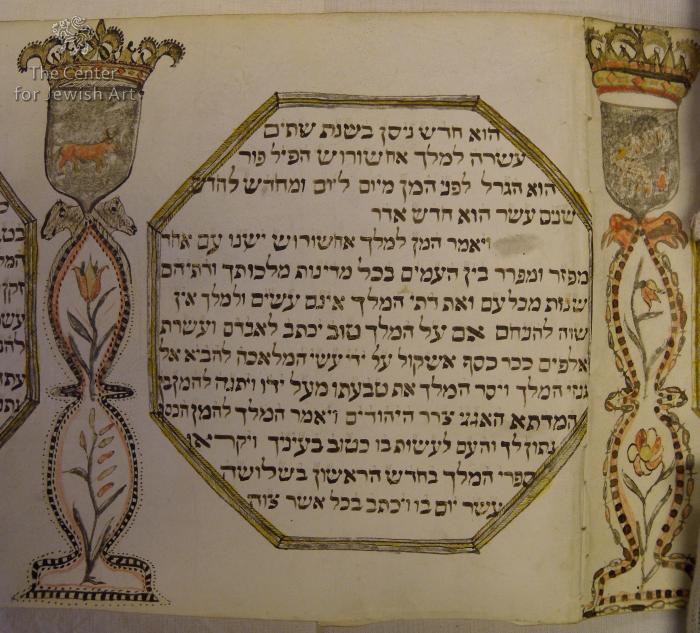 The right edge of the first membrane is trimmed into a decorative shape and it is filled with a composition of a family crest topped with a crowned heraldic helmet, two flags on either side of it, and two hearts below them. Their fields are used as a background for benedictions and between them, a Hebrew inscription is written (see "Colophon" and "Signature"). The Hebrew text of the Book of Esther is copied within octagonal panels flanked by quasi twisted columns decorated with floral motif and topped with crowned emblems filled with symbols of the Israeli tribes and Temple implements.

The scroll is mounted on a wooden roller but the last membrane is not stitched to it.