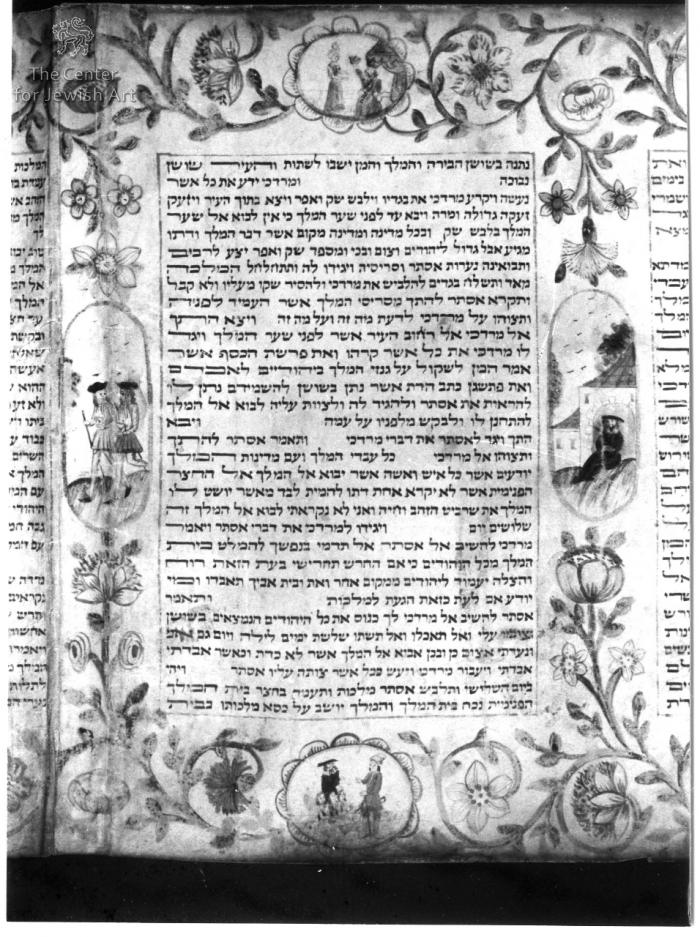 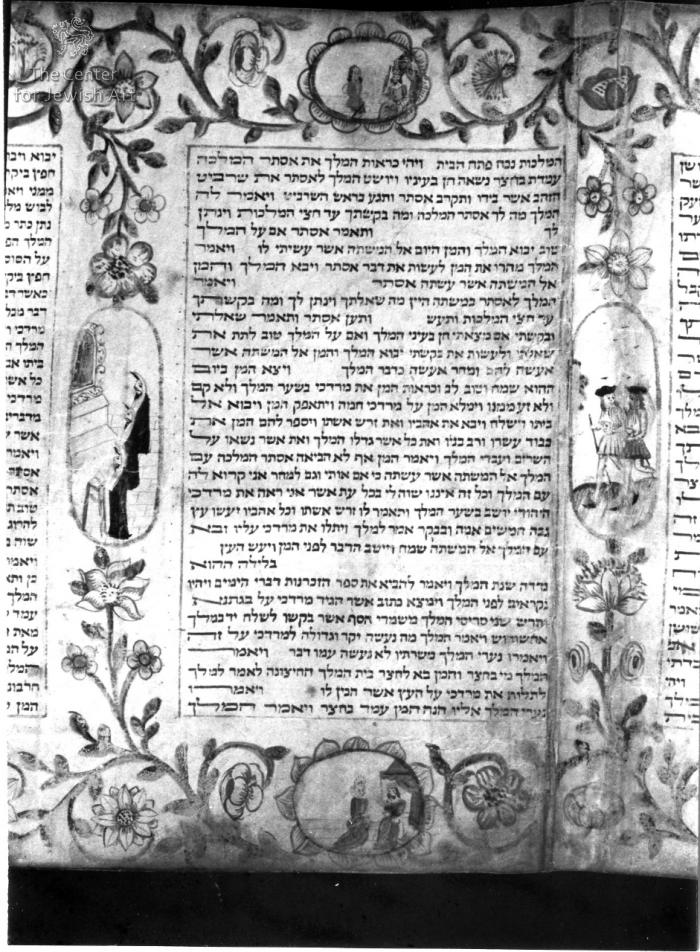 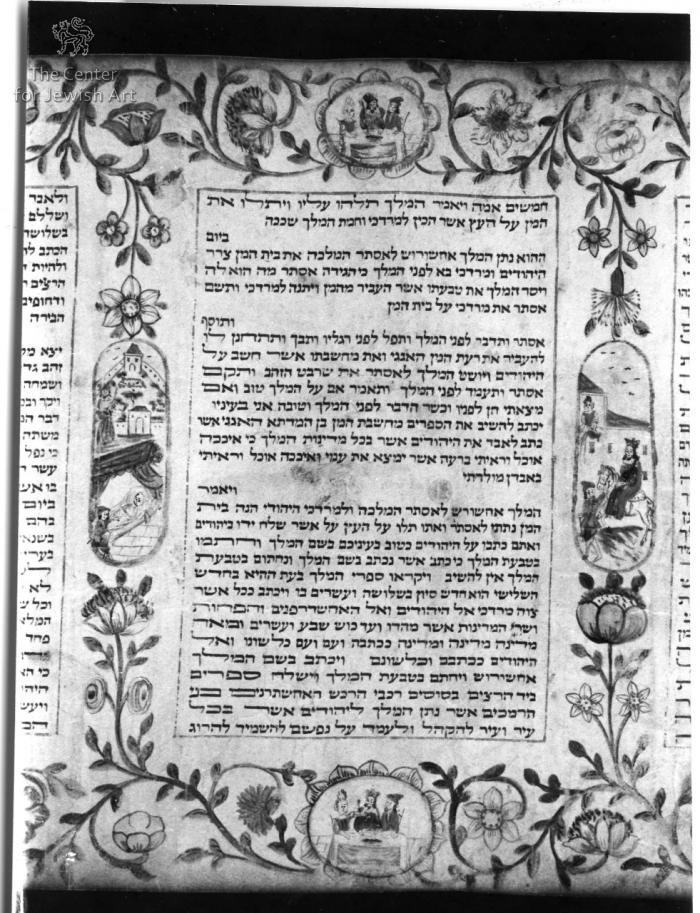 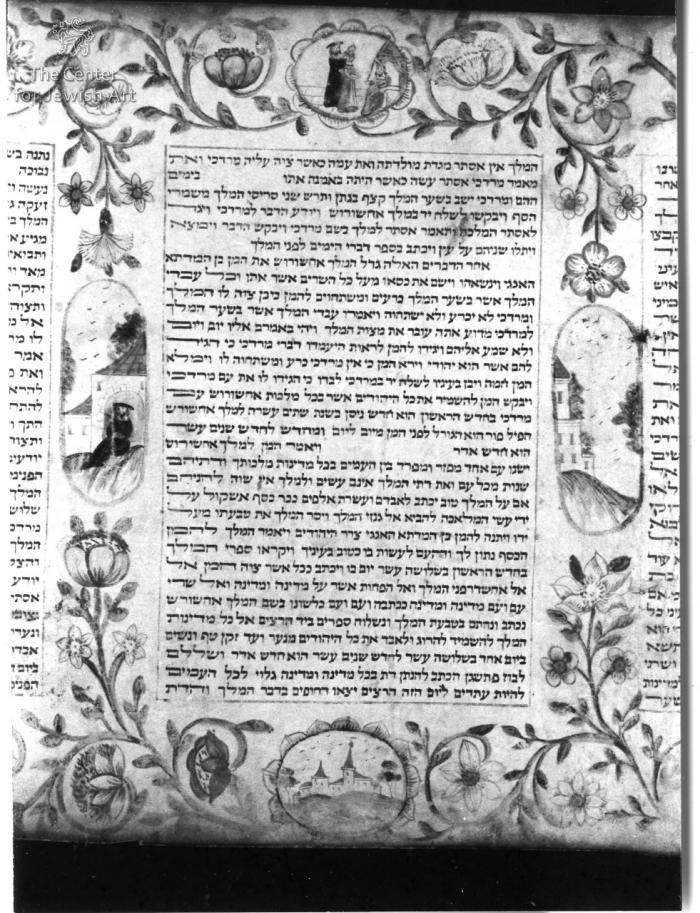 The Hebrew text of the Book of Esther starts with a framed, enlarged word ויהי shown against a decorative background and is inscribed within rectangular panels. The upper and lower margins along the whole length of the manuscript and the spaces between the text panels are embellished with tendrils and flowers. In them, the ovals with the episodes from the Book of Esther narrative supplemented with midrashic tales are woven. The illustrations include scenes that only rarely were incorporated into the narrative cycles of the megillot such as the representation of the naked Queen Vashti with horns (it refers to the midrashic tale that explains why the queen refused to stand in front of King Ahasuerus and his guests) and Mordecai accompanied by three boys (it alludes to the midrashic story telling about Mordecai who was teaching the Scriptures when Haman arrived to take him on a parade through the streets of Susa). In a few ovals, landscapes are depicted. The scroll contains one further illustration depicting the scene of hanging of Haman’s ten sons (Es. 9:14) that is incorporated directly into the ninth text column.

The scroll is stored in a leather case with a silver element in the mid of its height. Possibly silver hallmark 800 and three other hallmarks are visible on it. There are also initials “H.Z.L.” on it and on the top part of the lid, there was a Hebrew inscription that at present is barely visible.