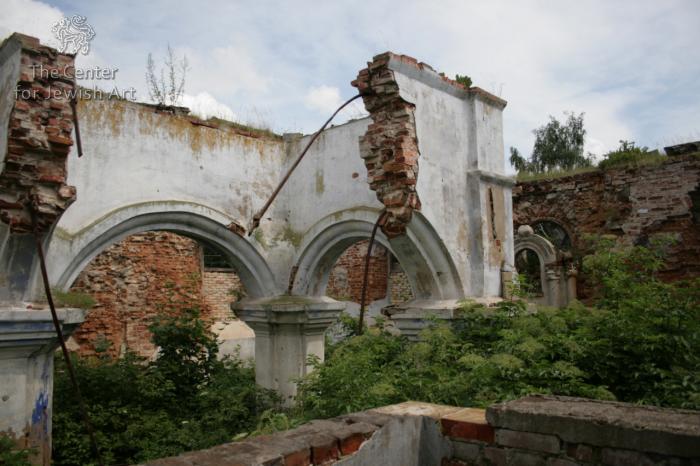 Yitsḥak Rutenberg described the synagogue in 1904:

"A great stone building, beautiful and even magnificent from inside and on outside […] The structure built of big stones, expensive stones, with walls two and a half amah [Amaḥ (cubit) is a Biblical measure of 42–44 cm] thick. In the middle, around the bimah, there stand four thick pillars; their heads support […] nine large vaults. In the year 1809 the Torah ark was made, with carved gilded wooden lions, columns, buds and flowers. Since the Prussians ruled the country in 1809, the craftsman put an eagle with one head on the top of the ark, the symbol of Prussian kingdom. It hung on rope stretched through the vault; after a number of years the rope rotted, and the eagle fell to the floor when the hall was empty of people; and it was not returned to its place, because we live under Russia now. The ark stands on two lions, made of wood, and they open their mouths and put out their tongues […]."

"The walls of the building are painted all over, by a painter: lions and deer, all ye beasts of the field [Is. 56:9], sheep and cattle, all plants, all bush of yard and of field, all birds of various kinds. Also, one of the leaders and elders of our community, named Yaakov, son of Shlomo, who understood painting, painted by himself on one wall a house and a courtyard and a flag hanging from the roof of the house, and the characters Y.S. on the flag. This Yaakov […] donated generously to the synagogue, and made the wooden floor of oak boards – wood that does not rot. And in the year 1829 he donated a huge chandelier made of copper, with sixty arms and a large crown above and on the crown the following inscription: סלח לעון איש עבדך יעקב לפ”ק [Forgive the transgressions of the man thy servant Jacob]. The words “the man thy servant Jacob” [from Gen. 32:4, alluding to the donor’s name], add up to [the Jewish year in which it was given, (5)589, that is] 1829."

"The chandelier hangs in the middle of the bimah on two thick ties, and once, several years ago, the branch above the vault, which supported the beam on which the ropes were held, rotted, and the chandelier fell down before people gathered to prayer, and no one was on the bimah. Several arms were broken, but all were restored, and they hung it and strengthened it from above so it would not fall. Yaakov died on the second day of Sukkot, 1838."

On two sides of the building, on the north and south, there are two women’s sections; and a large women’s section was built later above the vestibule. On two sides of the vestibule there are two kloyzn, of the Ḥevrat Tehilim [Psalms Society] and of the Ḥevrat Kabranim [Burial Society], this last one serves as the kahal office as well." (Yitsḥak Rutenberg, “Kehilat Kalvarie” (Kalvarija community), in Yalkut ma’aravi (Western collection), eds. Herman Rosenthal and Adolph M. Radin, vol. 1 (New York, 1904): 35-36).

The Great Synagogue is currently a ruined roofless building; its roof and the ceiling collapsed in 1992–96. Its walls are ca. 1.50 m thick, built of stone and brick, and plastered. The architecture combines Baroque and Neo-Classicist features. 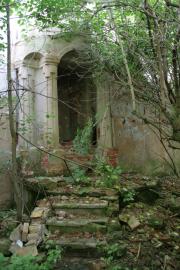 Great Synagogue in Kalvarija - photos of 1993 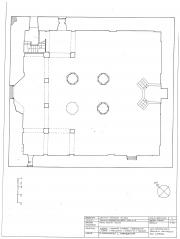 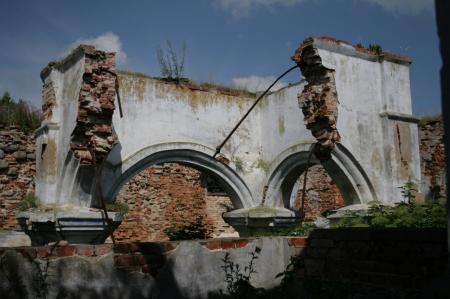 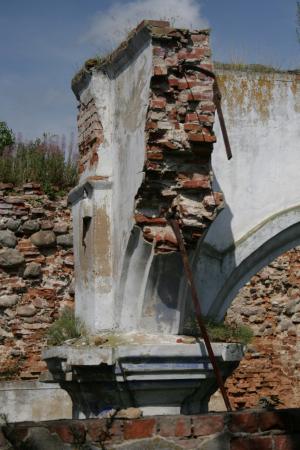 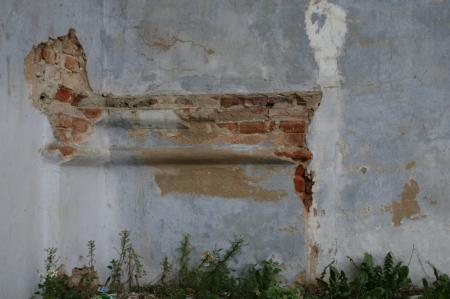 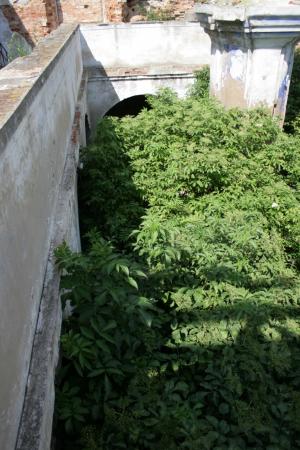 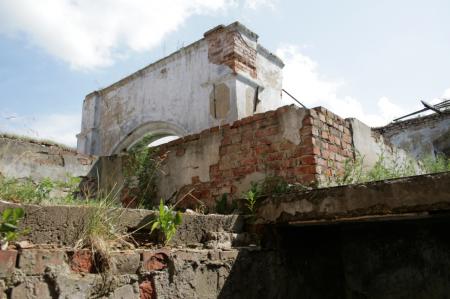 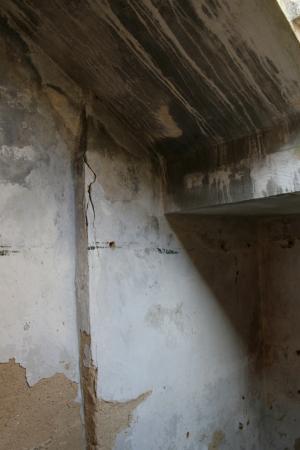 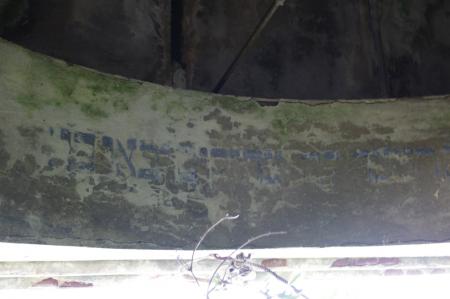