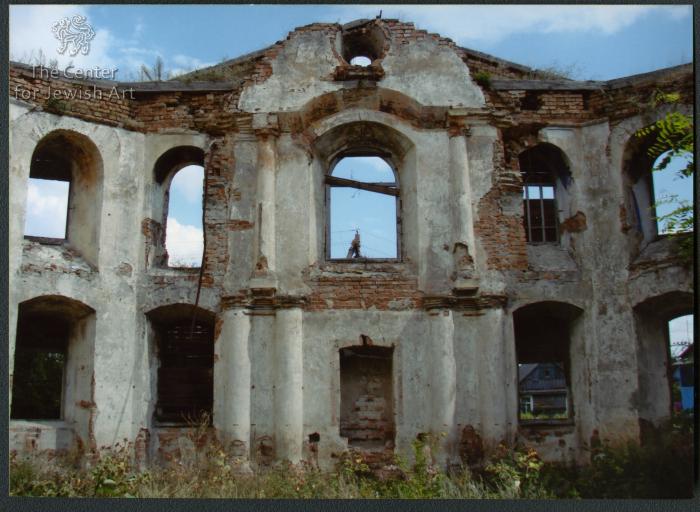 Judging from the remains of the western wall, the large prayer hall might have once been spanned with a barrel vault.

Originally, the women’s section was on the upper floor, above the vestibule, in the western volume. It seems that in a later stage it was enlarged and a wooden balcony was attached to each the northern, western, and southern walls. Today (2007), only holes in the walls and some remains of beams of those balconies can be seen.

The construction of the balconies likely took place in the 1920s. Perhaps at the same time the prayer hall was painted. A photograph taken in 2000 shows remains of three large paintings on the western wall of the prayer hall. There were no traces of those paintings in 2007.

The niches of the windows on the ground floor were decorated by painted frames and rosettes. They are still discernible today (2007). The window niches on the upper tier of the eastern wall had a more elaborate decoration of painted blue curtains with golden fringe. 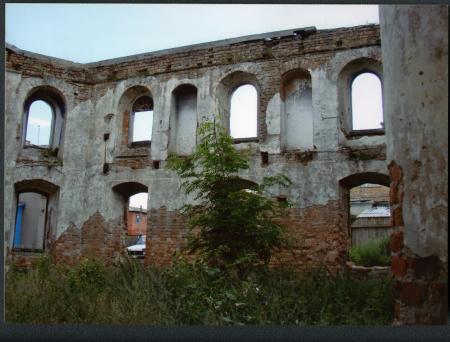 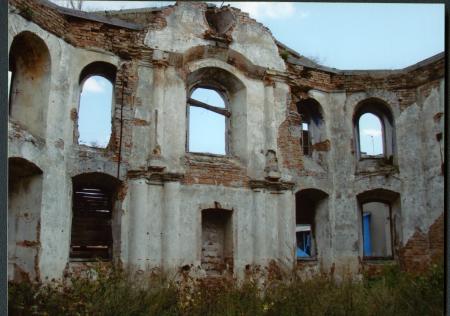 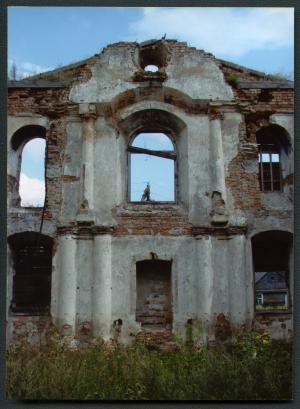 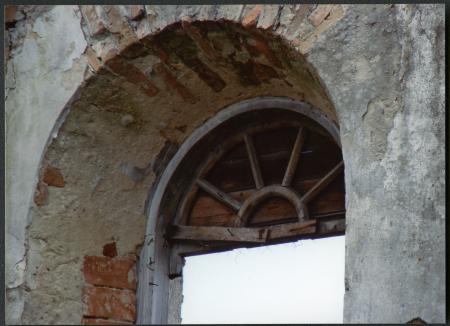 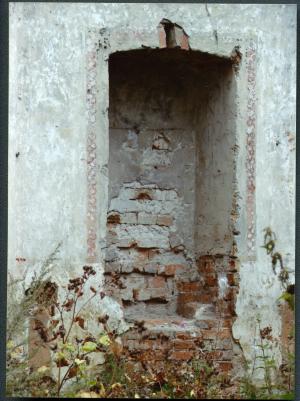 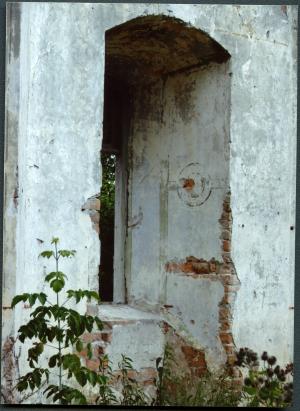 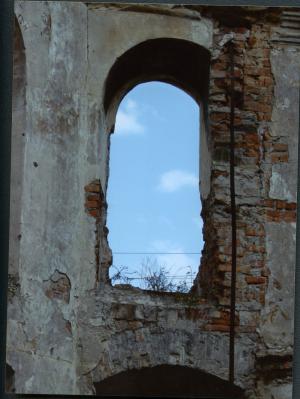 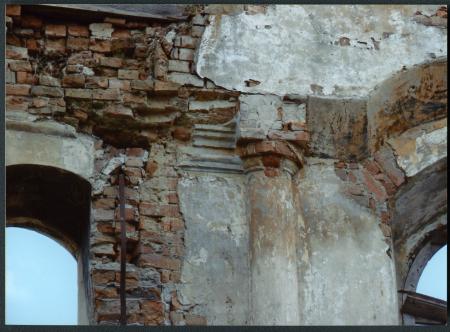