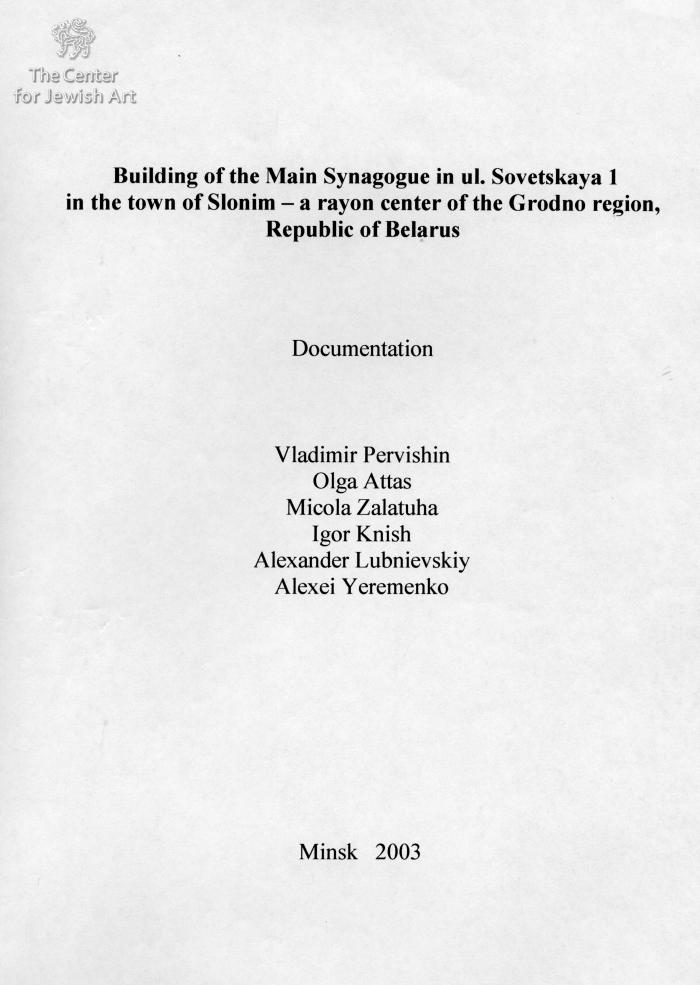 Slonim was one of the most important Jewish communities in the territory of the modern Republic of Belarus. Jews began to settle in Slonim in the 14th century and Jewish life flourished there until the Holocaust.

Of the 24 synagogues that existed in town before WWII, only three buildings, all of them documented by the Center for Jewish Art still exist. Fortunately, the Great Synagogue of Slonim is among them. It is one of the most impressive and splendid synagogues in Belarus and the whole of Eastern Europe.

The synagogue was built in 1635 and in the eighteenth century it acquired its Baroque high gable. The core rectangular prayer hall had a central Bimah, built as so-called Bimah-support construction. Its four massive pillars supported the vaults of the hall; a richly decorated inner vault was situated above the place of Torah reading. The prayer hall was flanked on north and south by lower attachments, comprising the women’s sections. These were connected to the main hall through small windows allowing women mainly to listen to the prayers. In the nineteenth and early twentieth century additional attachments were added to the western and eastern façades. The existence of the attachment on the eastern side, where the Torah ark was situated, is quite unusual in synagogue architecture of Eastern Europe.

In the first half of the twentieth century, the synagogue was reconstructed: the side women’s sections were abandoned, their windows blocked and a new metal gallery for women was introduced to the space of the prayer hall. This move reflected the changing status of women in the community and the attempt to emulate the large synagogues in Europe, where women’s galleries were situated inside the main prayer halls. At that time the beautiful murals were produced; they were especially prominent on the eastern wall, framing the Torah Ark.

The Great Synagogue survived the Holocaust. During the Communist regime it was used as a warehouse for a furniture store, and thus the majority of its original features, including the murals in the upper register of walls were preserved.

After the collapse of the Soviet Union in 1991 and the establishment of independent Republic of Belarus, the building was returned to the Belorussian Jewish community, and since then it stands abandoned.  Moreover, a segment of the building was used as a public outhouse for visitors of the town’s market situated on the synagogue's western side. 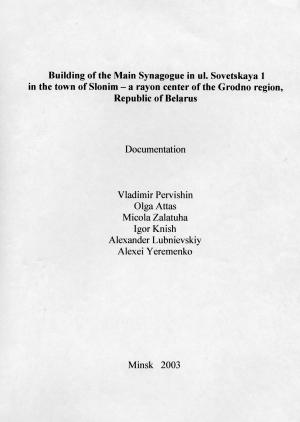