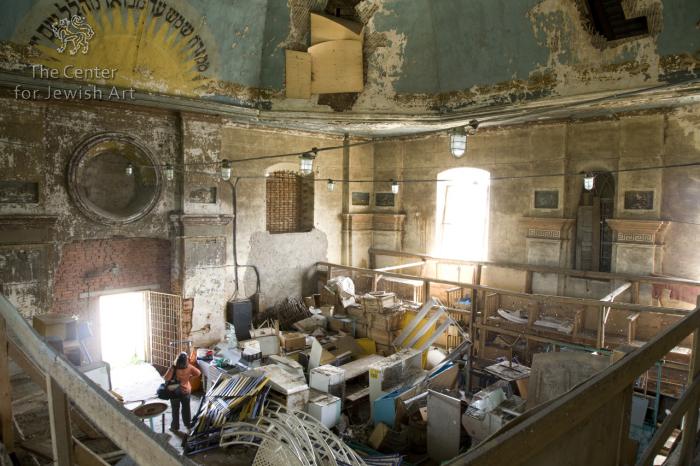 The prayer hall is rectangular and its walls are divided by pilasters. It stands to reason that before the renovation of 1902, those pilasters bore the vaults which rested on a bimah-support in the center of the hall. In 1902 the vaults were replaced by an elaborate interior dome. 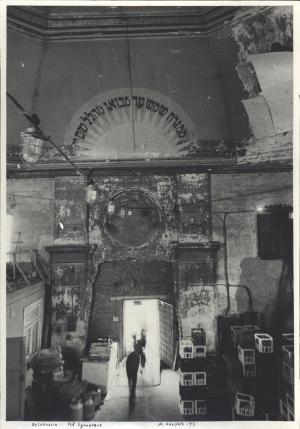