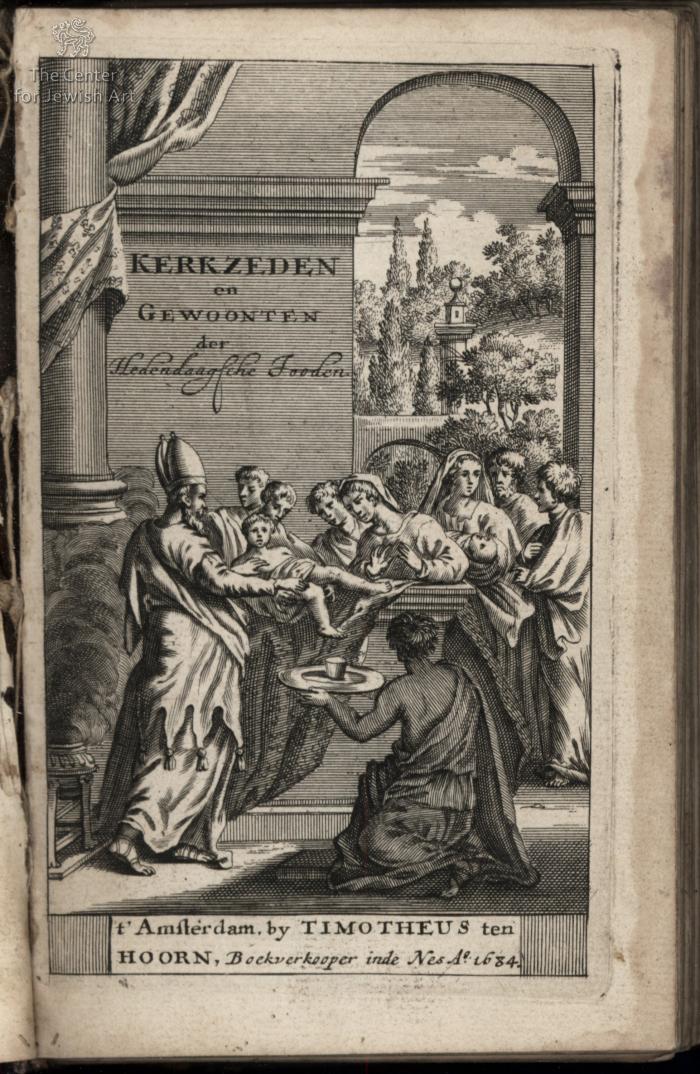 This is the second Dutch edition of the tract written by Leone de Modena in Italy in the 17th century. The original Italian book is also in the Gross Family Collection. This edition contains illustrations of several Jewish customs and was translated by Simonville.
Leon Modena was a rabbi in Venice in the first part of the 17th century. De Modena was a man involved in both the Jewish and Christian world of his time. In this book he attempts an explanation of Jewish customs to a non-Jewish audience. He was comfortable enough with the spirit of the times to have his own portrait, however small, placed at the bottom of the title page in what was an almost revolutionary act for the Jewish world. The book was published afterwards in many editions and languages, but without the portrait. 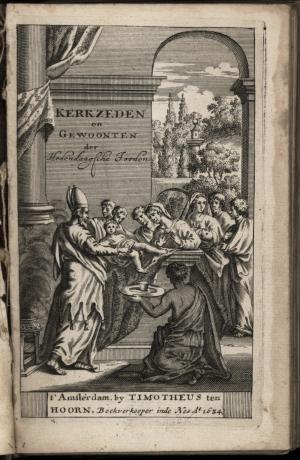 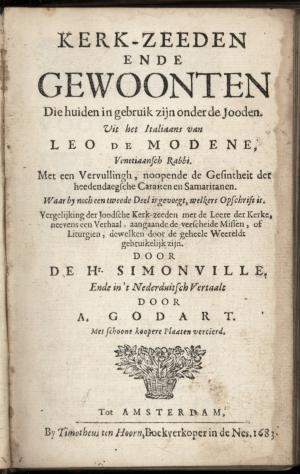 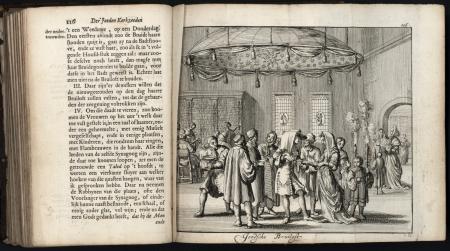 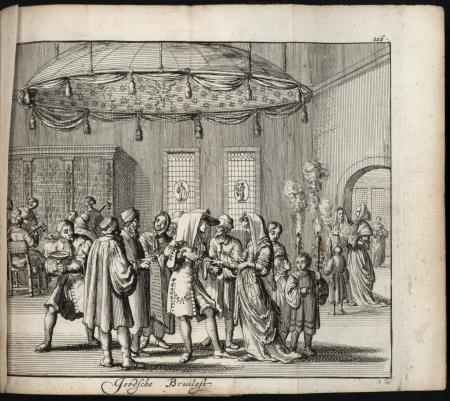 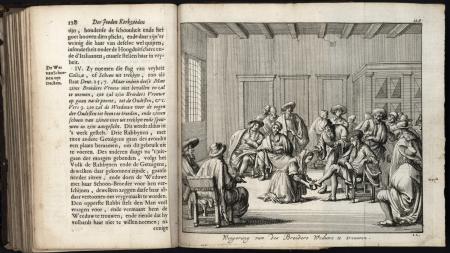 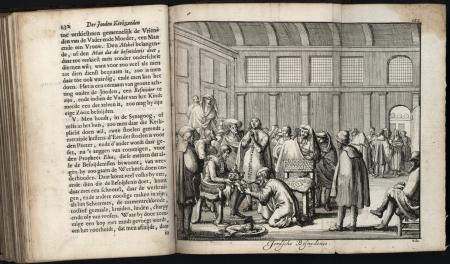