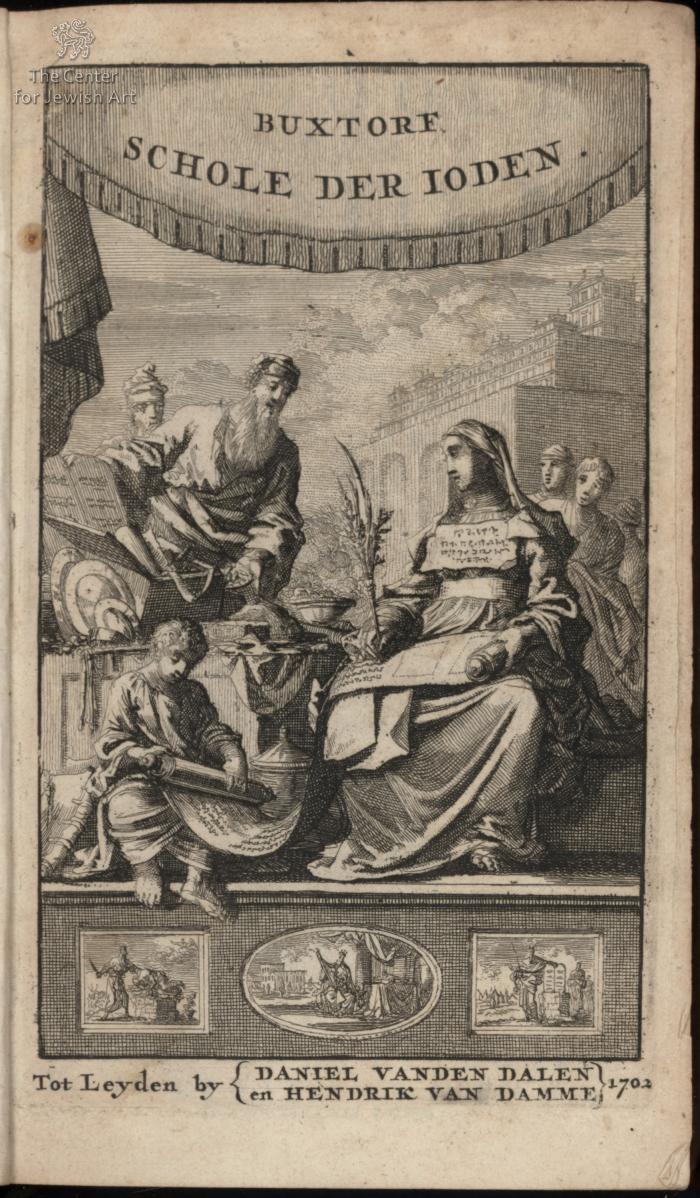 Johann Buxtorf (1564-1629) was one of the most important Christian Hebraists of his day and was largely responsible for transforming Hebrew studies from an amateur hobby into an established academic discipline in the early seventeenth century. Buxtorf's work had far-reaching and long-lasting influence, appearing in a wide variety of editions and languages over the next century.
The Dutch edition of Buxtorf's work included four prints by Jan Luyken, who also illustrated Leone Modena's work shown in the previous case.
illustrations by Jan Luyken, including Pesach. 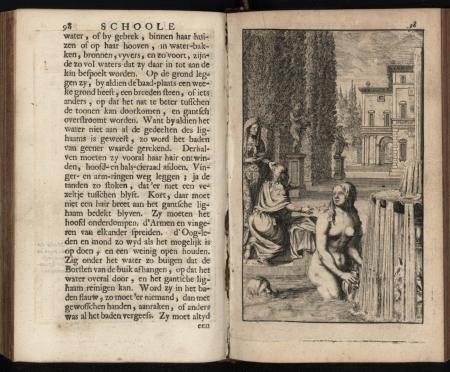 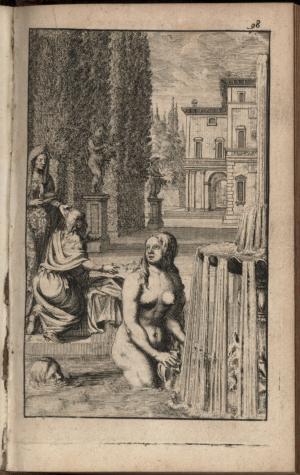 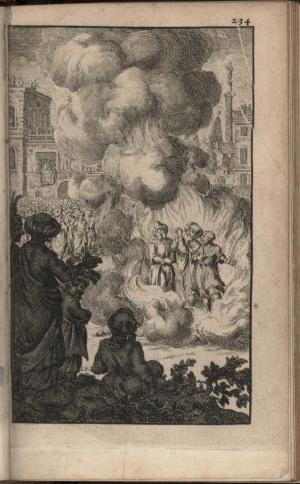 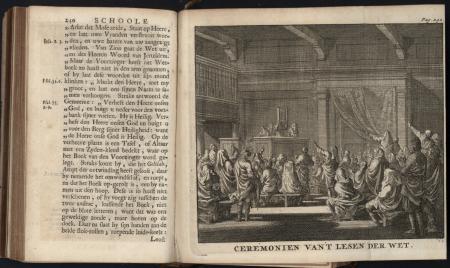 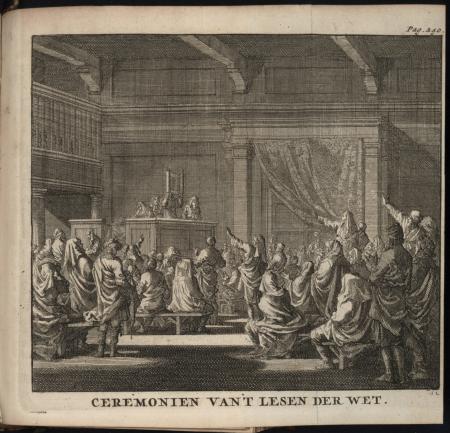 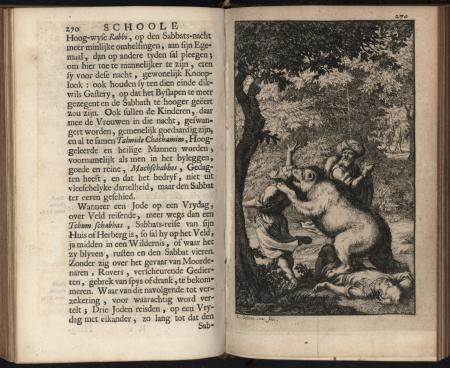 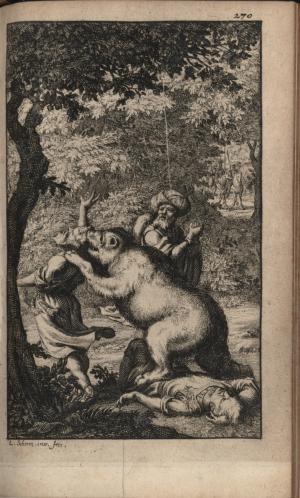 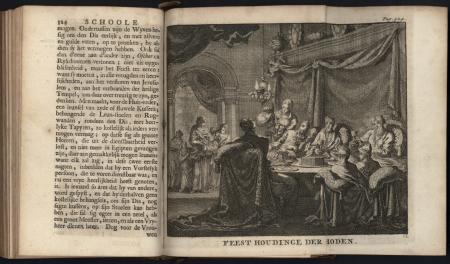 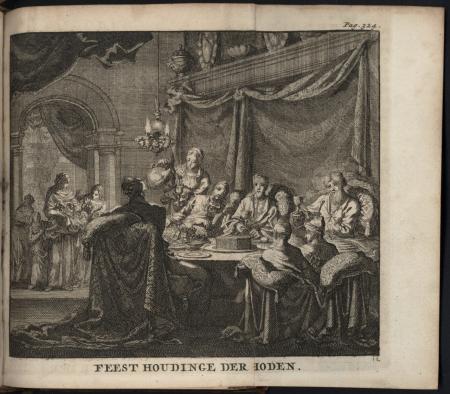 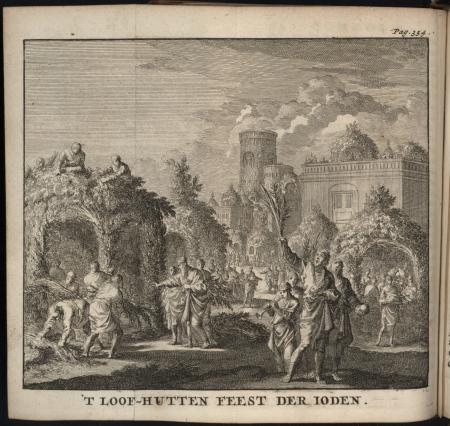