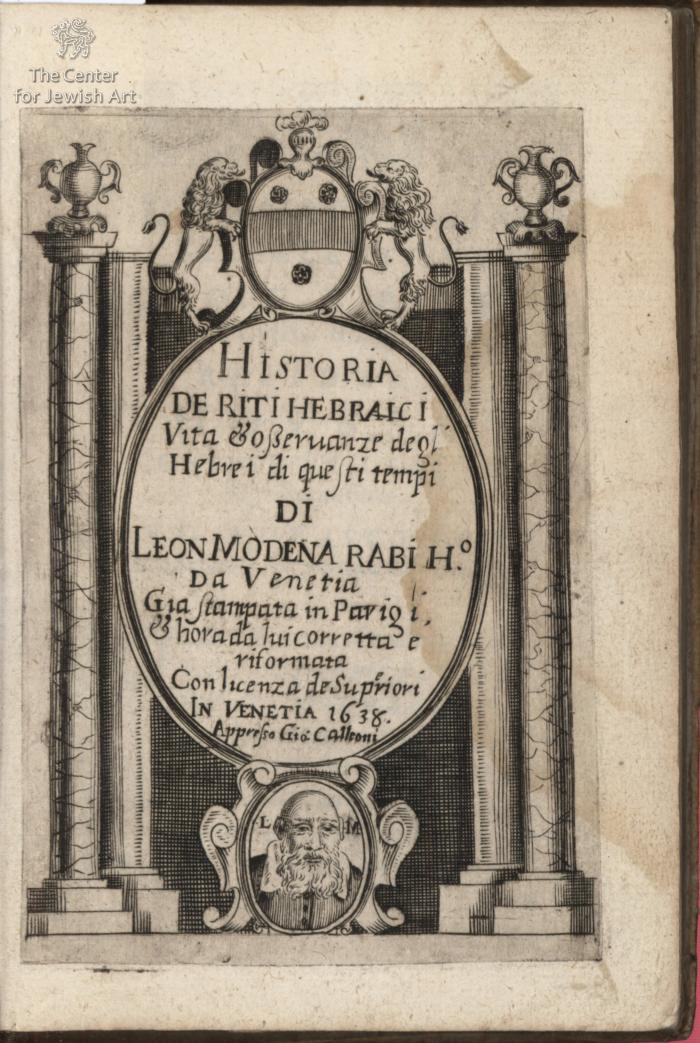 The use of images in Jewish tradition and decoration has always been a problematic question, particularly with regard to the human visage. This title page is thought to be the first to bear a printed portrait of a Jewish author. It is also one of the earliest known portraits of a Jew.
While the custom of an author being portrayed in such a portrait was a not an unusual phenomenon in Christian printed books of the time, until this publication such a portrait was unknown in books of Jewish interest. The author featured is Leon de Modena, who was a rabbi in Venice in the first part of the 17th century. De Modena was involved in both the Jewish and Christian worlds of his time. His Historia de Gli iti Hebraica is the first publication written by a Jew in modern times outlining Jewish practices for a Gentile readership. It was published at the request of Sir Henry Wotton, English Ambassador to Venice, for presentation to King James I, and was translated into French, Dutch, German, English, Latin and, paradoxically, even into Hebrew.
De Modena was comfortable enough with the spirit of the times to have his own portrait, however small, placed at the bottom of the title page in what was an almost revolutionary act for the Jewish world. Interstingly, the book was published afterwards in many editions and languages, but never again with the author's portrait.
125 pp. 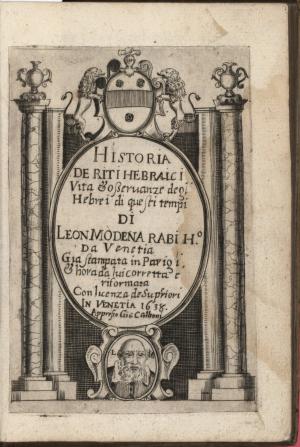 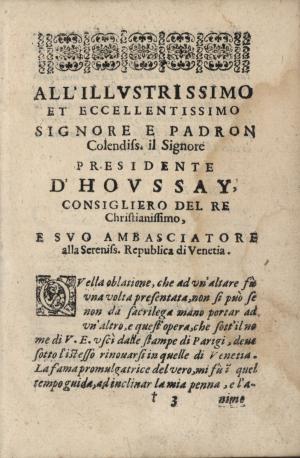 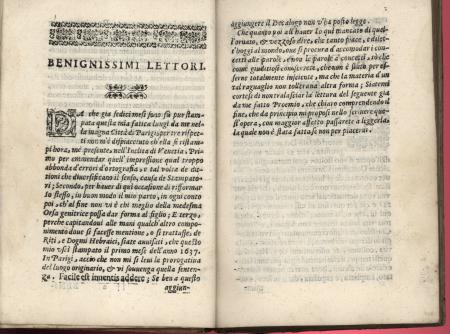 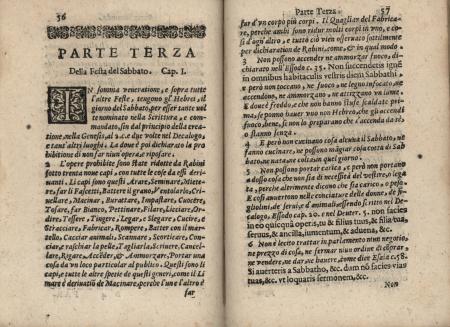