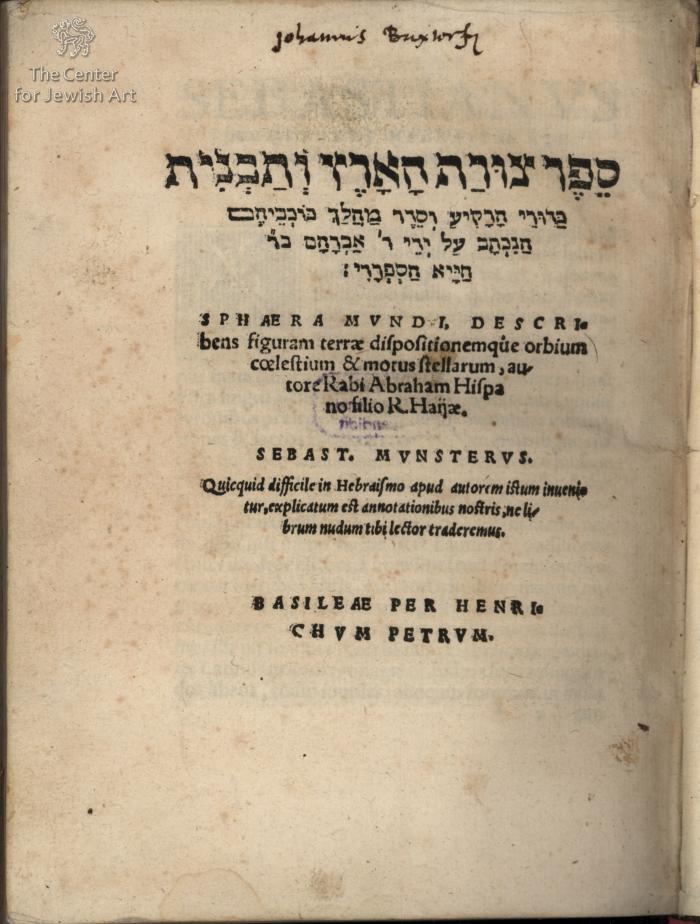 Scientific texts were also a part of Hebrew printing history. Both mathematics and astronomy were important tools in Jewish life, used for accurate calculation of the calendar. The cycles of the Jewish lunar calendar were vital for the orderly celebration of the prayers, holidays and ceremonies of Jewish life. This book is the printed edition of two important early manuscripts, one by Avraham bar Chiyya and another, on mathematics, by Elijah Mizrachi. It was through Hebrew manuscripts such as these that much knowledge of Arab scholars found its way into the western world. The book is filled with charts and tables to illuminate the contents of the text. The parchment binding for this book is a leaf from an old Latin manuscript. The reuse of the parchment from old manuscripts, both Latin and Hebrew, in order to create bindings for books is not an unknown phenomenon.
The publisher, Henricus Petri, was a famous printer in Basel who published many maps and was closely associated with Sebastian Munster, a prominent Christian humanist of the time.
On the Hebrew title page may be the signature of Johannes Buxtdorf.
580 pp. 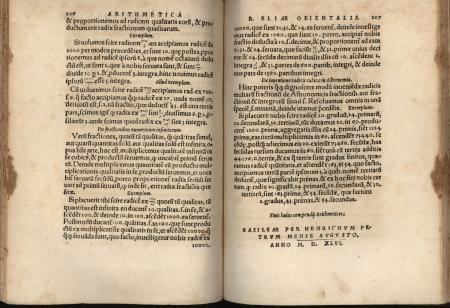 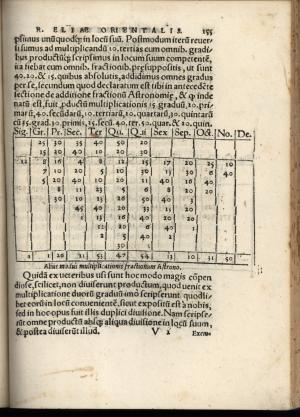 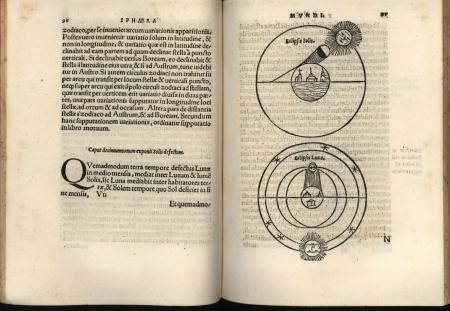 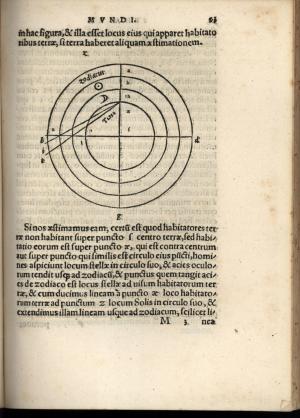 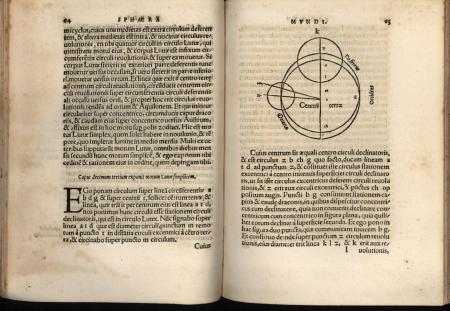 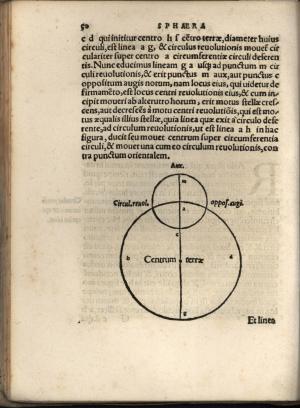 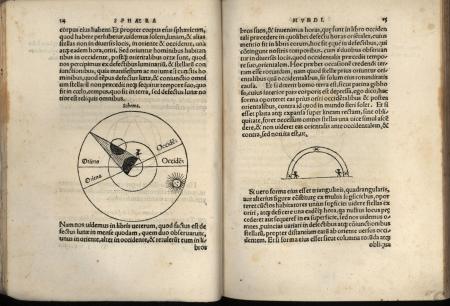 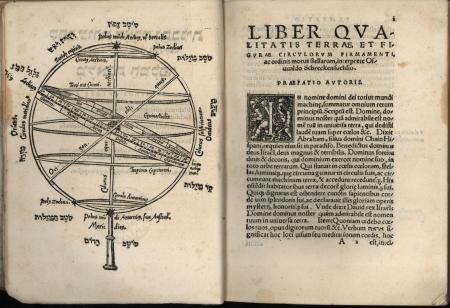