The very wide tubes and the general shape of these Rimmonim identify them as French. On the tubes is a pair of gothic initials, "H" & "F". These same initials, in exactly the same gothic script, are found on a 1680 Tas in the Gross Family collection from Strasbourg (051.001.022). It is likely that the Rimmonim, from the middle of the nineteenth century, were made and dedicated at a time that the Tas was repaired and rededicated. The engraving of the initials on both objects indicates the donation for both was made by the same person. It is clear as well that at the time of the dedication both objects were still in Alsace. 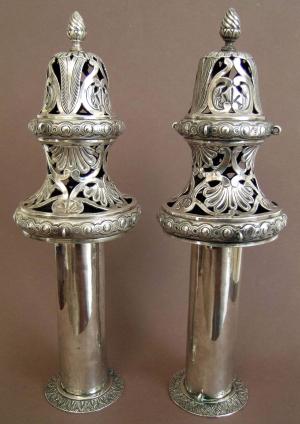 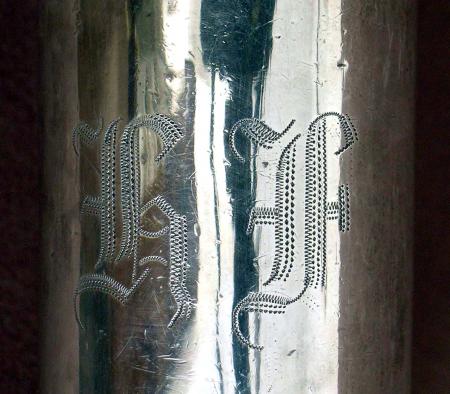