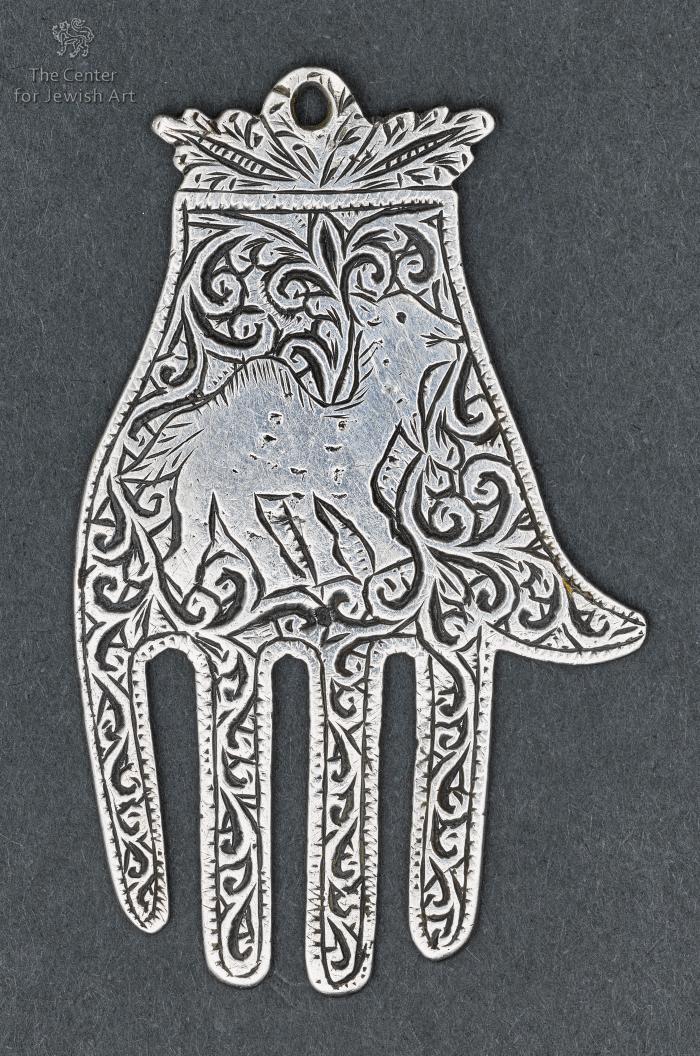 A nice example of the cast-type of hamsa from Essaouira, but with the quite unusual feature of additional decorations on the back. This enhancement is made even more outstanding by the depiction of a camel within that additional work. on the front is a undecorated oval and a similar round element in the center of the flower. These represent the eye, which is itself an antidote against the “evil eye”. 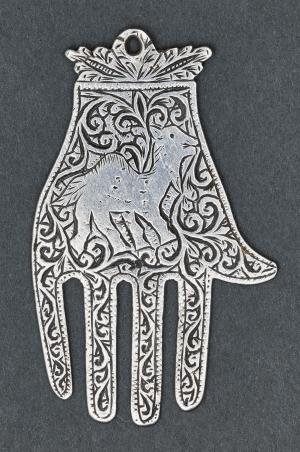 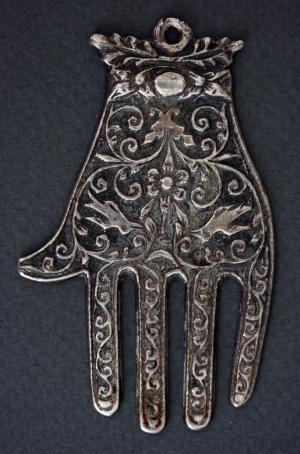