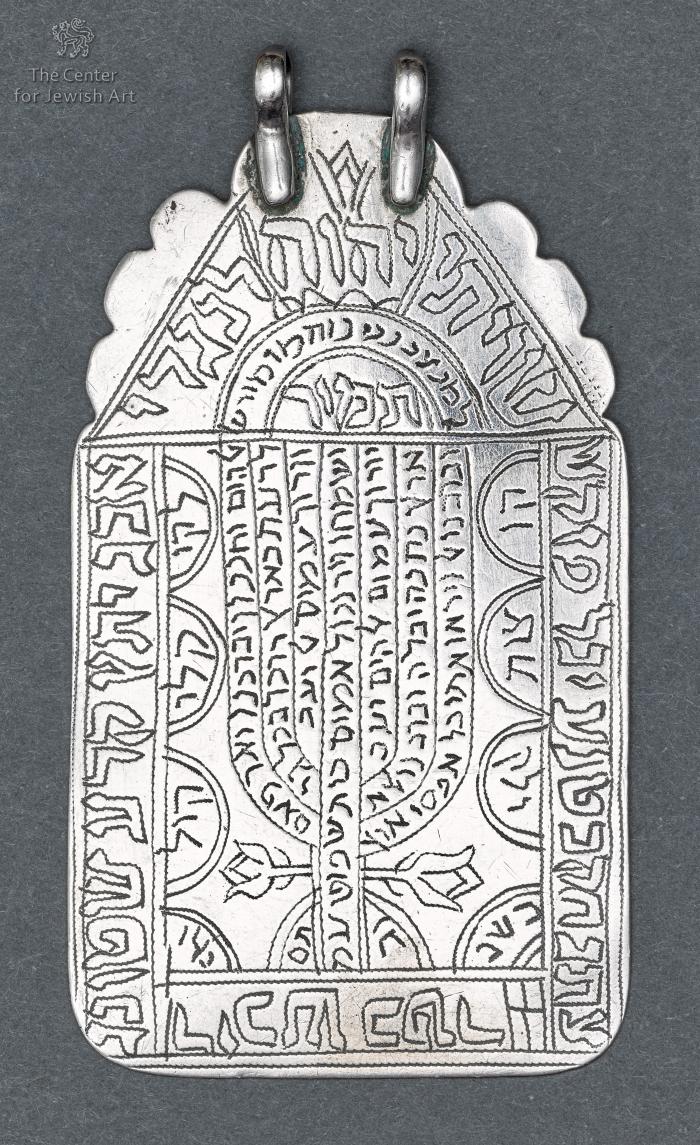 There are more surviving silver amulets from Iran than from any other area. This is an example of the group known as Shviti amulets, as the central theme is the menorah containing the words of the 67th Psalm, a symbol that is the hallmark of the Shiviti. In this tradition, the reading of this Psalm in the form of a menorah enhanced the meaning and strength of the words and therefore the power of the amulet. Around the rim is another inscription of the initials forming the 42-letter name of God, the letters being the first letter of each of the 42 words in the prayer "Ana Ba-koach". This is a particular and interesting type of Iranian amulet and this one is distinguished by very fine workmanship in the engraving, the letters and designs being filled with niello. Sometimes there are additional inscriptions and/or inscribed figures on the back of the amulet, which was meant to be worn on a necklace.

On the back of this amulet is a highly-unusual engraving of a scorpion. This indicates that the amulet was used as protection against the sting of this insect. 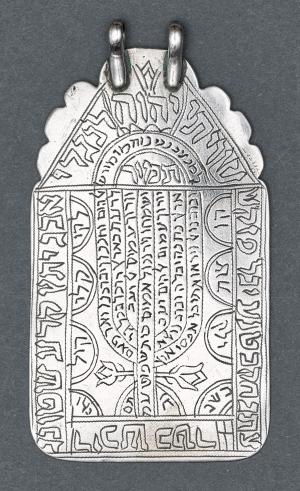 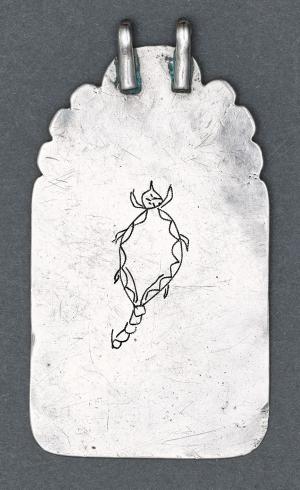