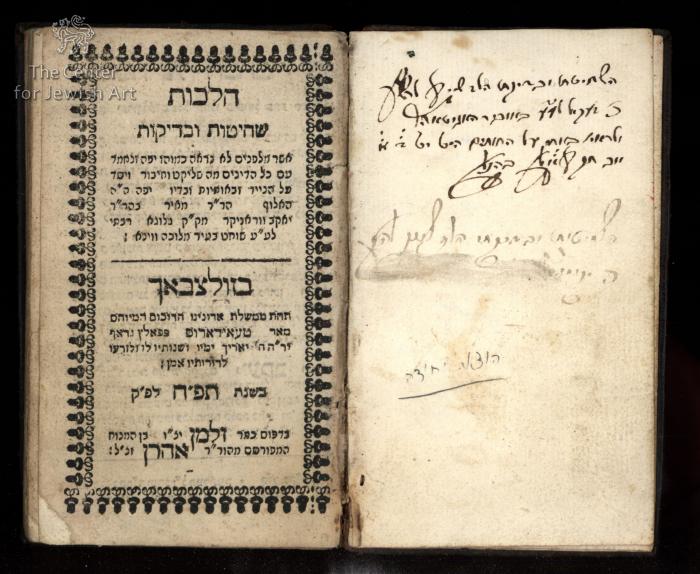 This is the only edition of this book up to the middle of the 19th century. There are woodcuts showing the kinds of damages to the knife blades which would render the knife unfit for kosher butchering. The book is bound in a contemporary leather binding. There is a printer’s device on the last page illustrating a moth.
Meshulam Zalman operated a press in Sulzbach from 1722-1764 (the press had been established by his father, Aharon Fraenkel). In 1764, he turned the shop over to his sons, Aaron and Naphtali, so that he could devote more time to preparing the press for a second Talmud edition (his first, known as Sulzbach Red, was issued 1756-1763). In return, his sons agreed to pay him a weekly pension of ten florin for the rest of his life. He died in 1781. 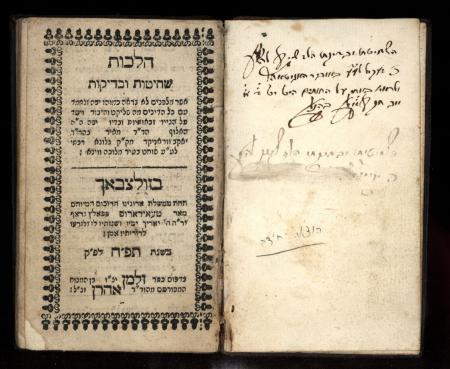 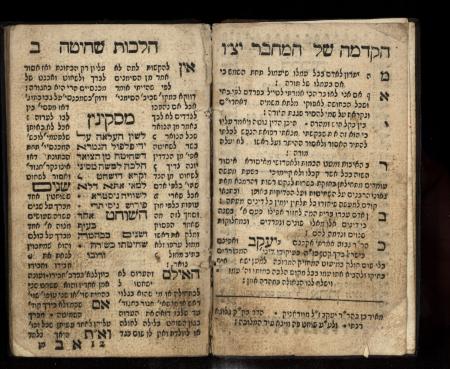 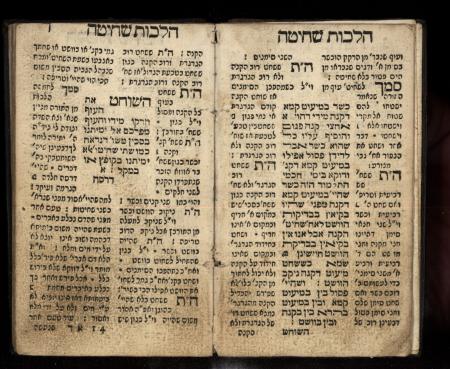 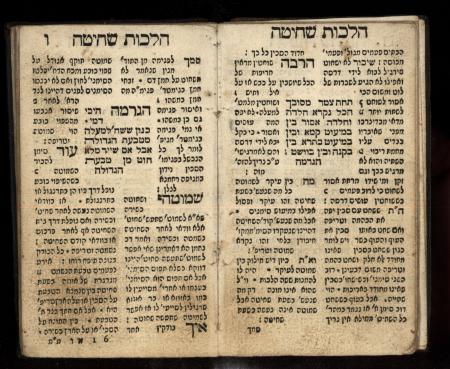 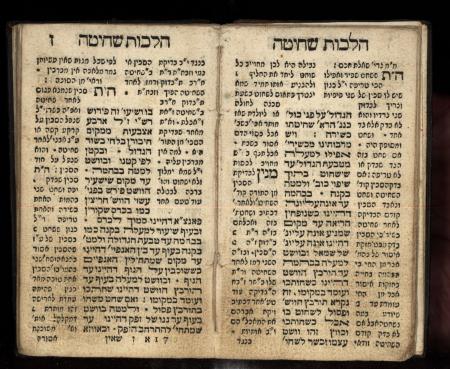 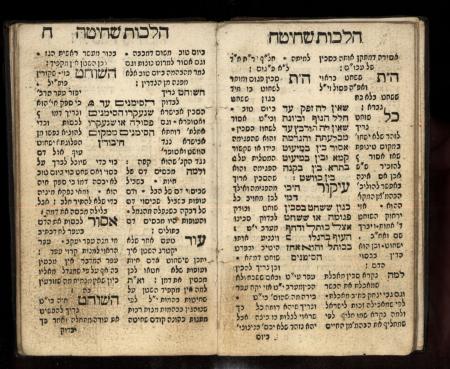 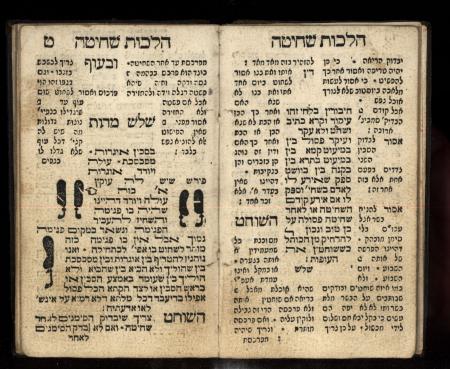 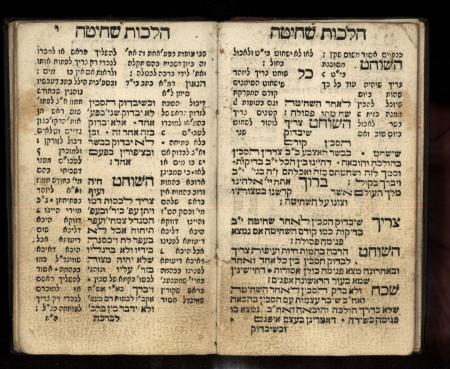 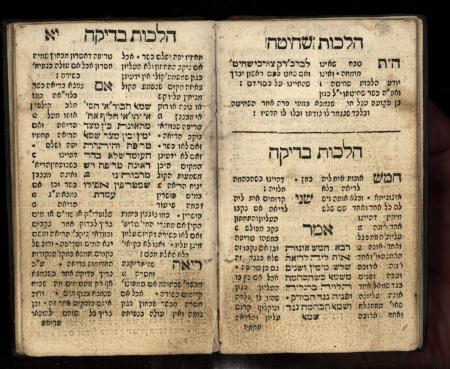 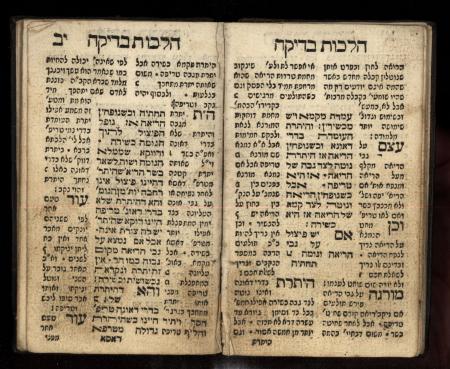