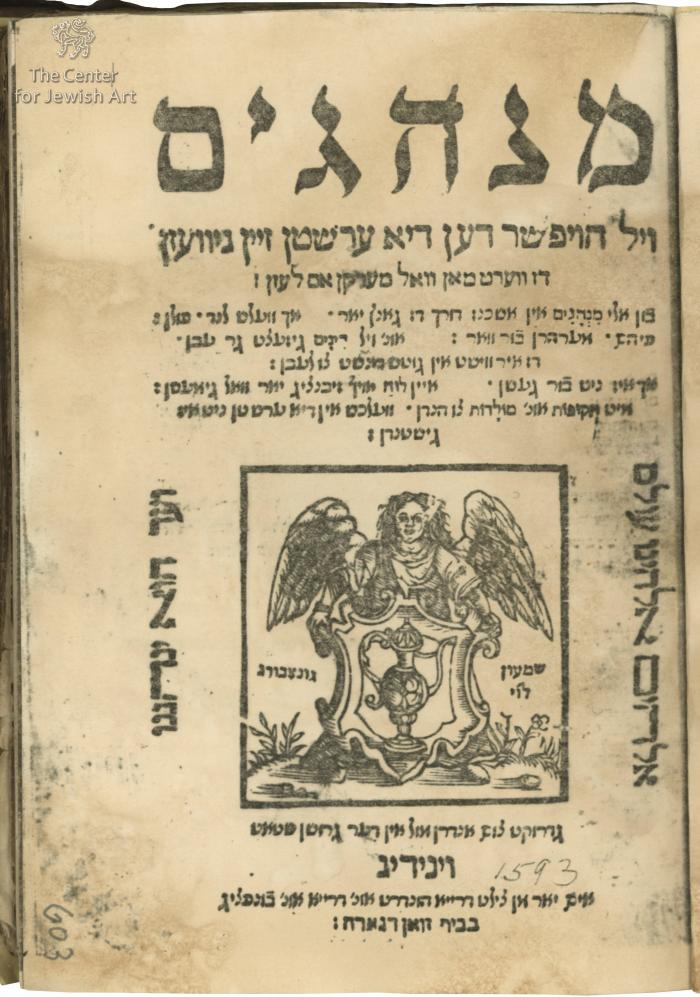 Minhagim books (Yid. Minhogim bukh מינהגים בוך; Heb. Sefer minhagim ספר מנהגים) are collections of religious practices arranged according to the order of the religious year and life cycle. When the genre first appeared in the Early Middle Ages, these volumes focused on local customs, with the purpose of ascertaining their existence and halakhic validity, and preventing them from being forgotten.
Originally written in Hebrew, minhagim books were later translated into Yiddish for the benefit of women and laymen not schooled in Hebrew. The author of the original Hebrew text was the Austrian-Hungarian Rabbi Isaac Tyrnau (c. 1400), but it did not appear in print until 1566, in Krakow. In 1590, a Yiddish translation by Simon Günzburg was printed in Venice by Giovanni di Gara, a member of the (Christian) family who were among the leading producers of Hebrew books in Venice through the second half of the 16th century (despite the periodical bans on printing Hebrew and Yiddish books). Although Yiddish was spoken in Venice, the primary audience was probably the communities in Central Europe.
The earliest printed minhagim books were unillustrated (one or two manuscript editions with illustrations exist). Around the end of the 16th century, however, woodcut illustrations were added to the text to increase the books’ visual appeal and hold the interest of the reader.
This volume is the earliest known minhagim book with woodcut illustrations. It was printed by Giovanni di Gara in Venice, 1593, and employs the same text as his 1590 unillustrated edition. These woodcuts ensured the book’s fame – and popularity – and made it a model for later editions.
The illustrations depict events in the Jewish life cycle and the celebration of Jewish holidays. Twelve woodcuts are of the Zodiac, and 26 pertain to Jewish customs. Five of the latter appear several times in the book. Among the woodcuts are depictions of the search for leaven, baking matzah, building a Sukkah, and lighting Shabbat lights. These illustrations have been much reprinted, independently and within siddurim and other books.
The title page shows a winged figure holding a shield with a pitcher in the middle. To the left and right, respectively, is the name Simon Levi/Günzburg. At the sides is the verse “[That this is] God, our God for ever and ever; He will be our guide [till death]” (Psalms 48:15).
On the verso of the title page is an introduction in Hebrew by R. Solomon ben Isaac Selim. In it, he praises Günzburg’s for bringing this valuable book to press again, three years after the previous edition.
A large number of post-1593 printed minhagim books derive their illustrations from this original volume. Most examples are from Amsterdam and Germany, primarily Frankfurt a. M. More than 50 editions of the book were produced between the 16th and 19th centuries.
The printer Giovanni di Gara (active 1564-1610) was known in Venice as the “heir of Bomberg” not only because Bomberg instructed him in Hebrew printing, but also because Di Gara acquired most of Bomberg’s Hebrew types. He was born in Riva del Garda to Christian parents sometime between 1520 and 1530 and moved to Venice with his family as a young boy. He began working at Bomberg’s press as a child. It is believed Di Gara’s first Hebrew books were printed at Bomberg’s own press, since some of them bear the phrase “in the house of Bomberg”. In other early Hebrew books, Di Gara noted when he used Bomberg’s types with the phrase “with the letters of Bomberg”. Over time, this phrase came to mean ‘in the Bomberg style’.
Di Gara worked closely with the press of fellow Venetian Bragadini, as evidenced by the use of his types from 1599 to 1600 and the incorporation of his three-crown printer’s mark (Di Gara’s own printer’s mark was a small single crown). Di Gara employed Jews whenever legally permitted to do so to ensure the accuracy of his Hebrew editions. Books printed under the supervision of Christian typesetters suffered from many errors, whose corrections were costly to the firm.
Di Gara’s press printed close to 300 Hebrew books from approximately 1565 until his death in 1609 (at least one Hebrew book was printed posthumously from his press in 1610). 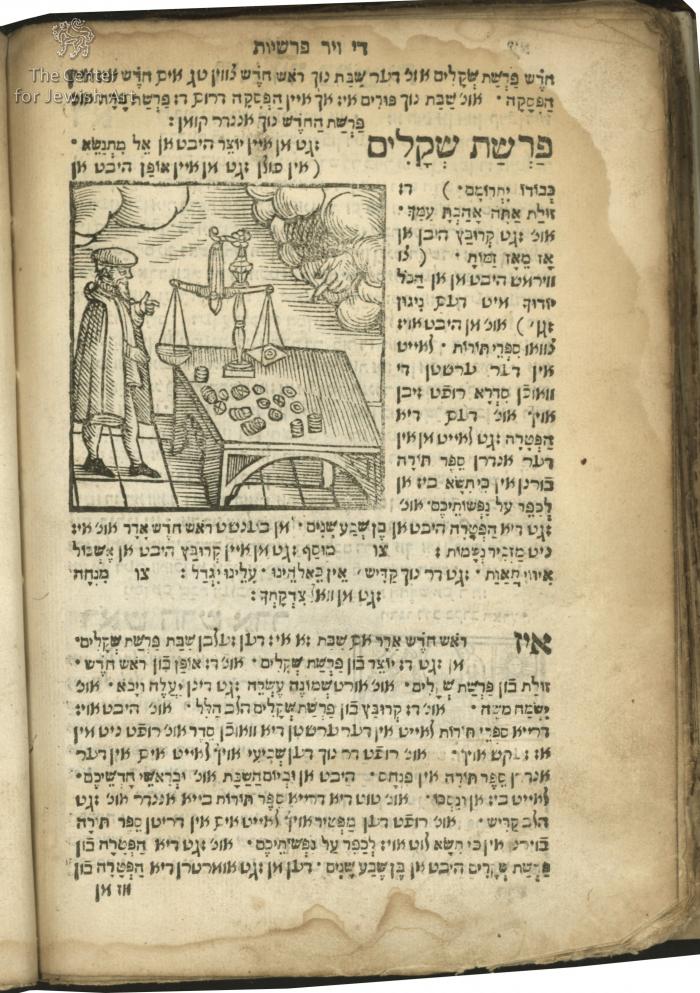 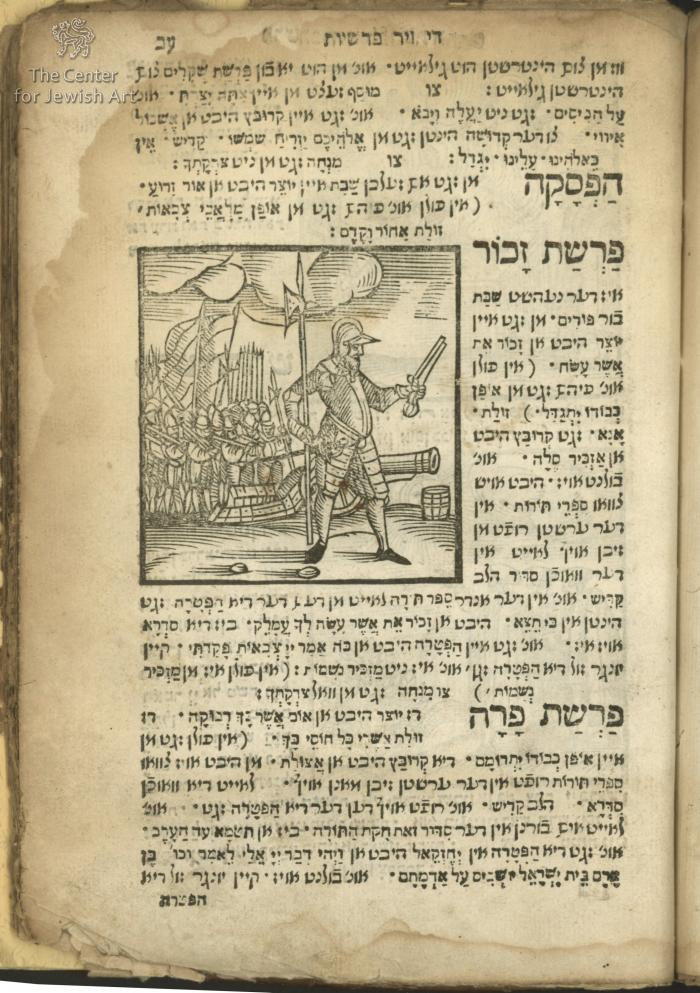 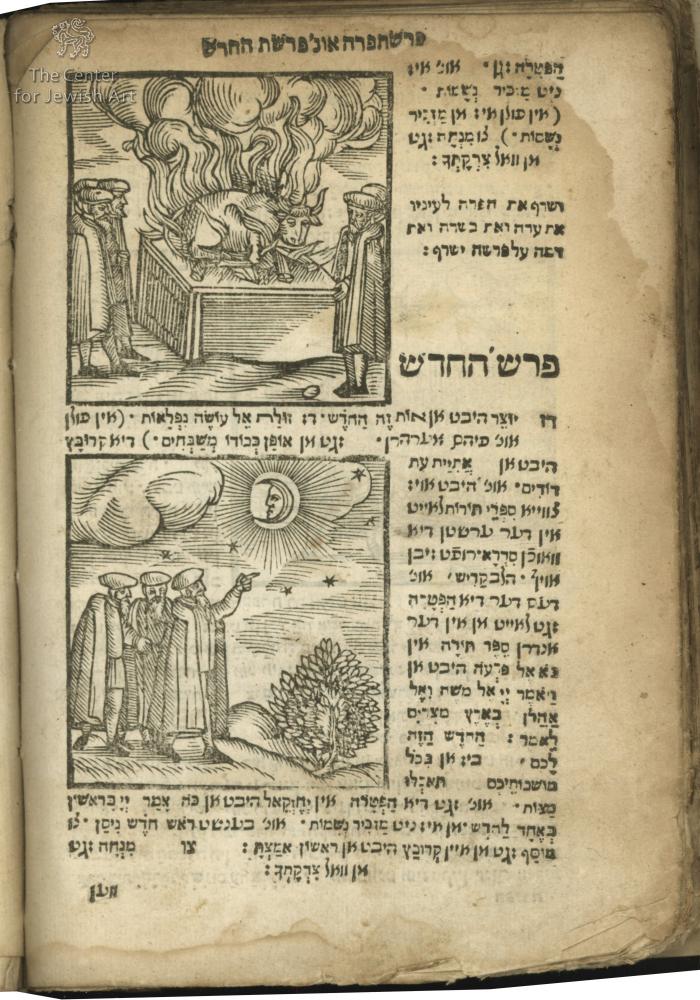 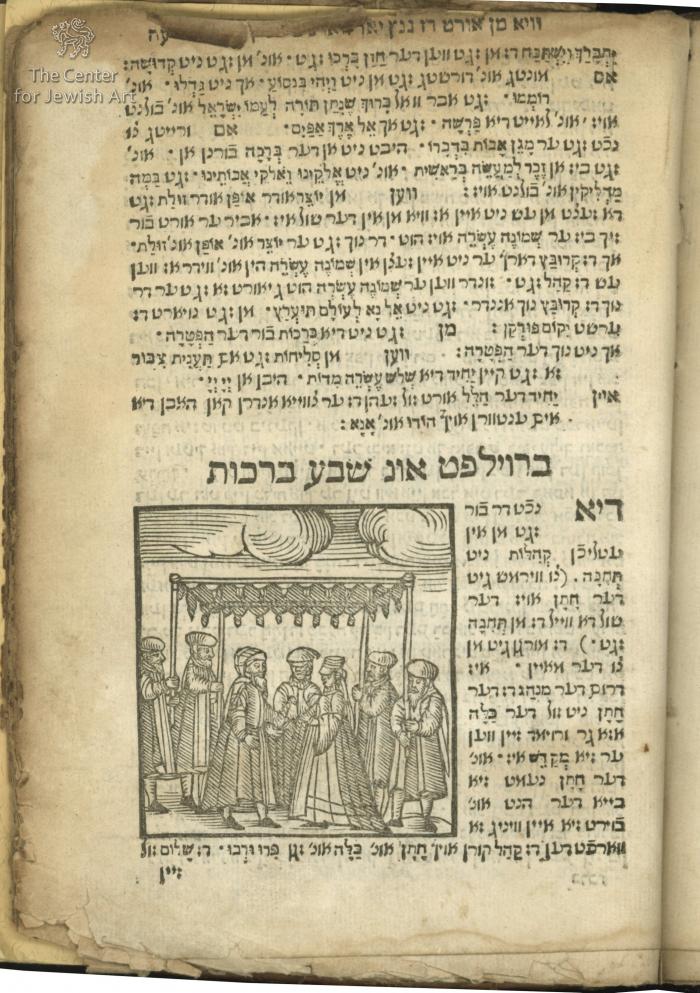 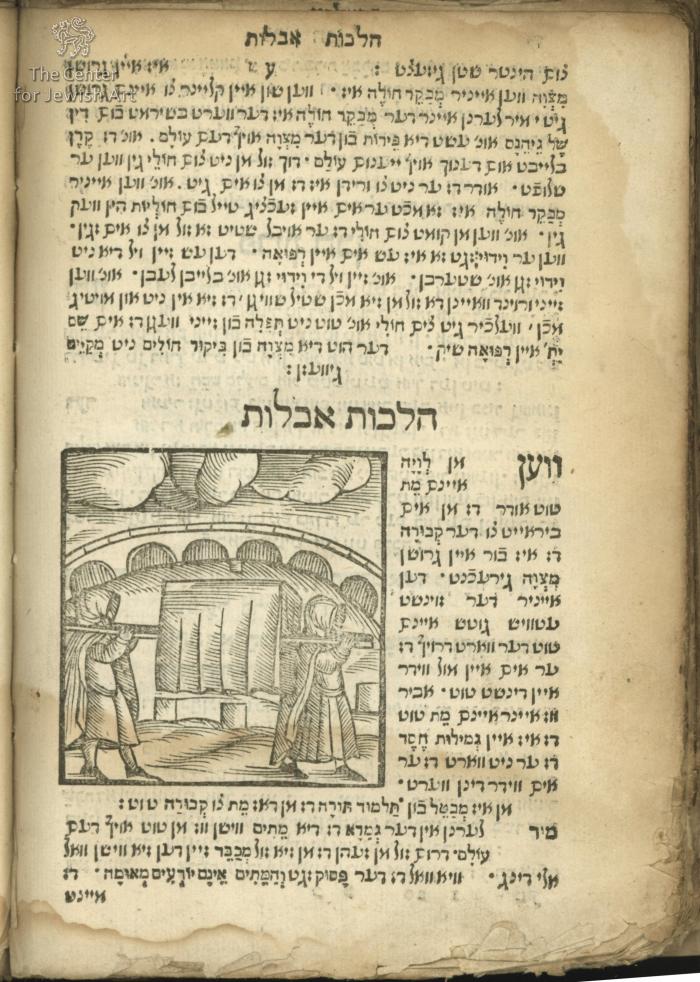 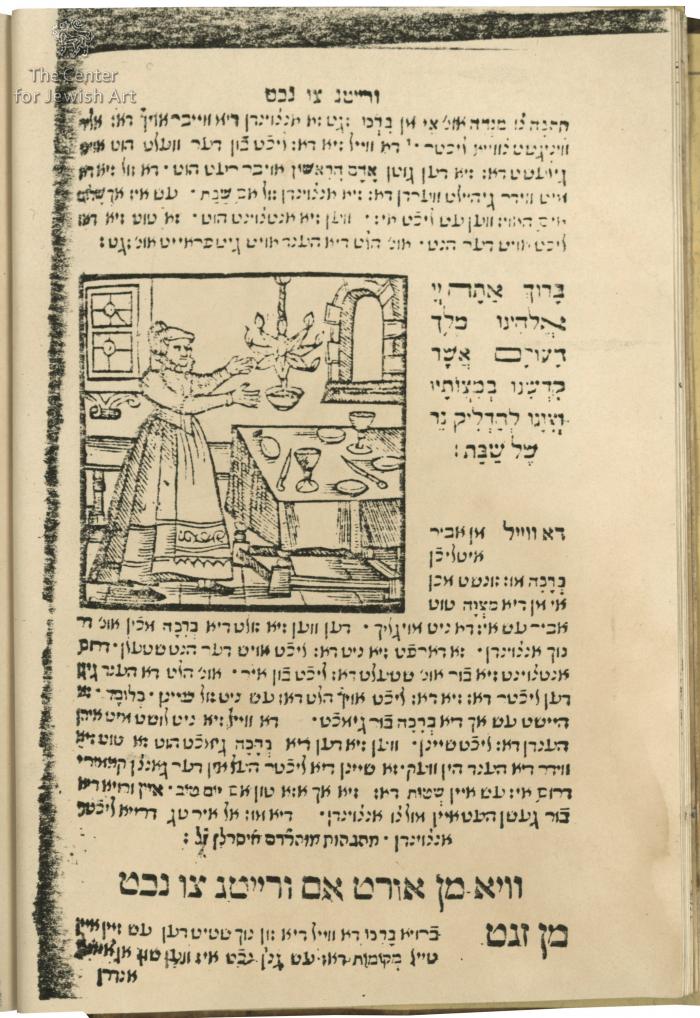