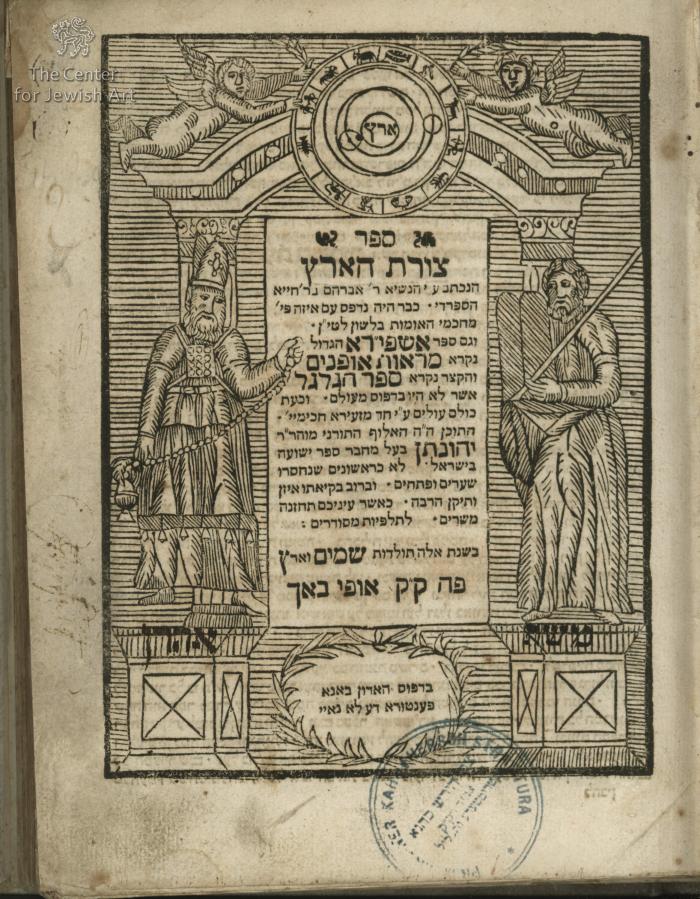 Form of the Earth, by Rabbi Abraham ben Ḥiyya ha-Nasi. Offenbach, [1720]. An astronomy book dealing, among other things, with the following subjects: the course of the moon, solar and lunar eclipse, the Zodiac, the division of Earth into climatic zones and the size of Earth. Introduction by Rabbi Yehonatan of Ruzhany who edited this edition of the book and added numerous comments and astronomical drawings
A number of books about science were published in Hebrew, of which this is one. It is profusely illustrated with diagrams relating to different areas of science. This is the Offenbach edition of Abraham Bar Hiyya’s renowned medieval work on astronomy, with commentary by Jonathan of Rosenoi. With a decorative title page with woodcut architectural border with cherubs and other figures, and richly illustrated with many astronomical and other figures in the text.
Abraham Bar Hiyya (died c. 1136) was a Spanish philosopher, mystic and translator, considered the principal source of geographical knowledge among the Jews of the Middle Ages. He lived much of his life in Barcelona, where he was a respected philosopher and scientist. “He was the first philosopher to write in Hebrew and the first to present Ptolemaic astronomy extensively in that language. Accordingly, he made important contributions to the Hebrew philosophical and scientific lexicon and aided subsequent generations of Jews, as well as contemporaries not living in Arabic-speaking countries, in learning astronomy. Hokhmat HaHizzayon, Bar Hiyya’s main astronomical work, contained two parts that have often been considered separate books. The first, Tzurat HaAretz [the present work] is a geographical and astronomical text in ten sections. It includes discussion of the spherical shape of the world and detailed information about the earth’s zones, the sun, the moon, eclipses, the planets, the stars, and the constellations” (Levy, Planets, Potions and Parchments: Scientifica Hebraica, 23). (The second part, not included in this work, contains astronomical tables modeled on those of Al-Battani, a ninth-century Arabic astronomer.). Tzurat HaAretz was translated into Latin in 1145 by Plato of Tivoli; first published (in Hebrew with Latin translation as Sphaera Mundi by Sebastian Munster) in Basle in 1546 - a copy also in the Gross Family Collection. 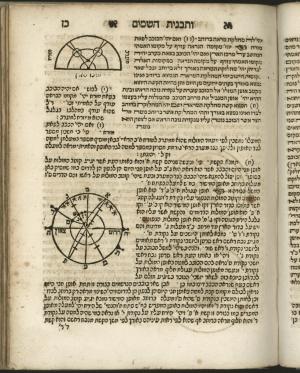 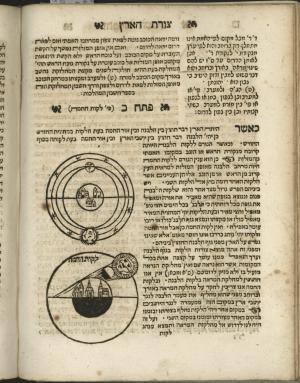 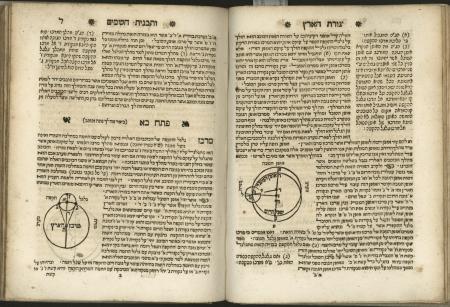 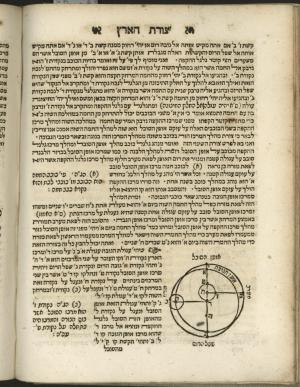 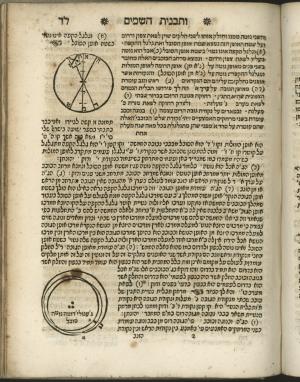 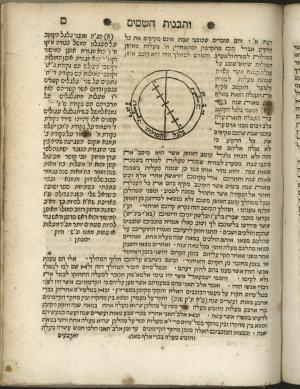 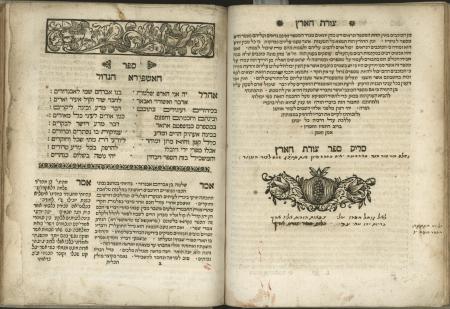 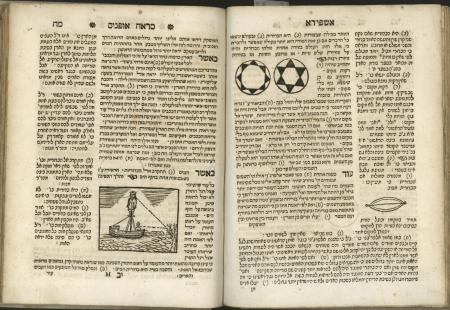 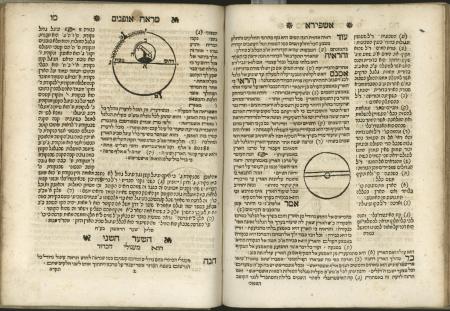