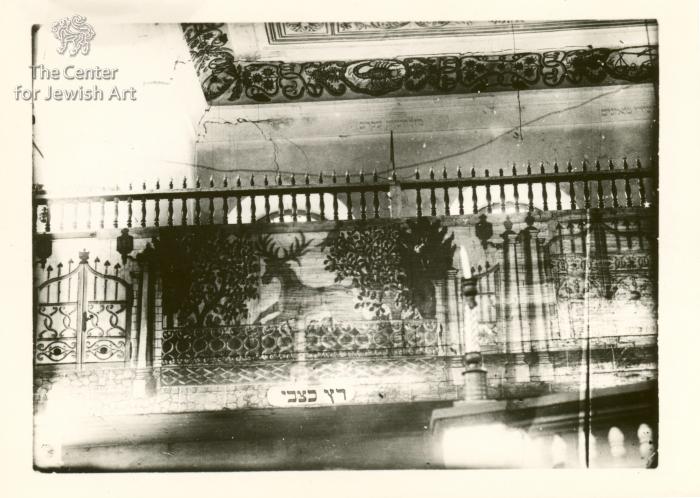 Two existing photographs of the interior show the partition of the women’s section, which was decorated by a painting showing a garden fence with three gates: the central one flanked by double columns and two lateral ones flanked by single columns. 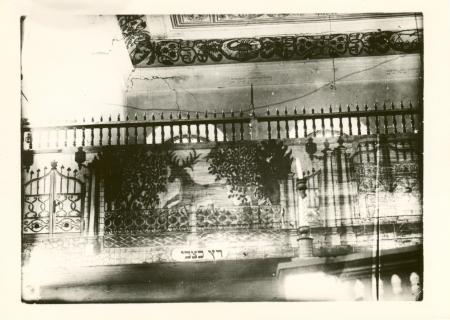 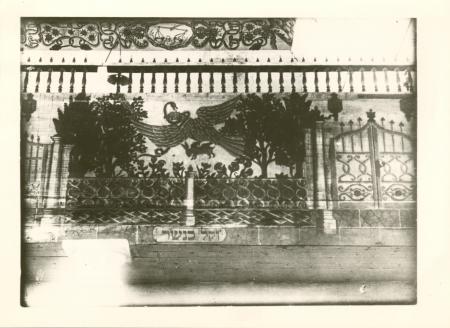