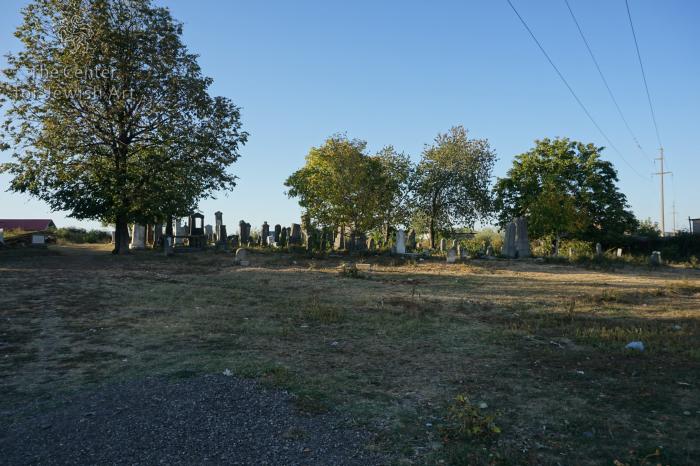 The Jewish cemetery of Târgoviște is situated at the outskirts of the town, behind the neighborhood populated by Roma people.

The cemetery chapel, constructed in 1932, disappeared after WWII and its place is marked by a marble plaque. There are about 200 tombstones in the cemetery, many of them lying on the ground. Several marble obelisks were made in Bucharest by the masters S. Goldeanu, L. Martinis, and J.Th.Frister, the works of which we have documented in other cities of Romania (Fig. 62, 63).

The grave of Herman Kornhauser, who was killed by the Germans in 1917 and decorated posthumously with the Virtutea Militară (Military Virtue) medal serves as a place for ceremonies with the participation of local state and military officials.

Jewish cemetery in Târgoviște - Memorial sign for the cemetery chapel 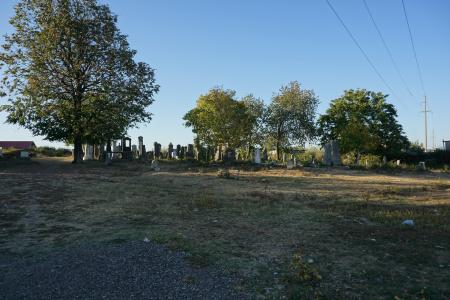 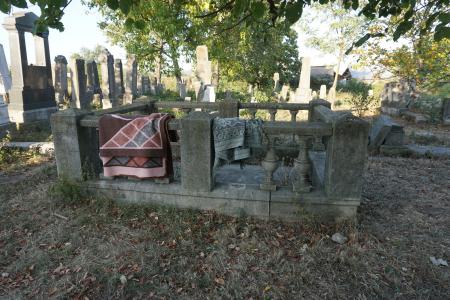 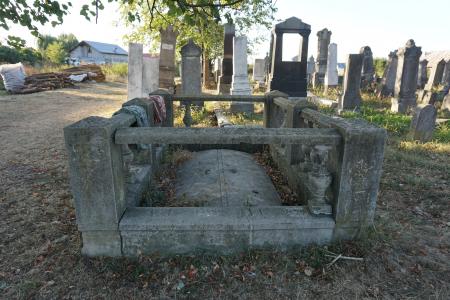 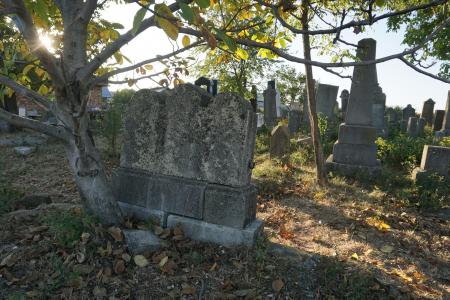 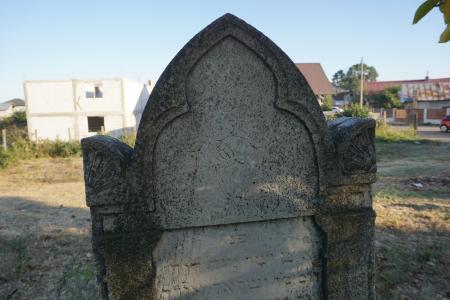 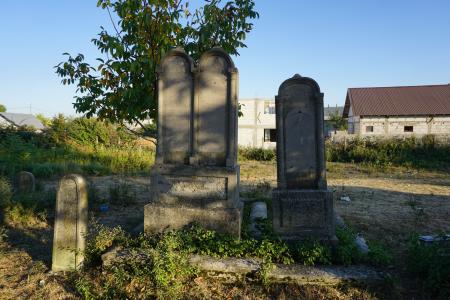 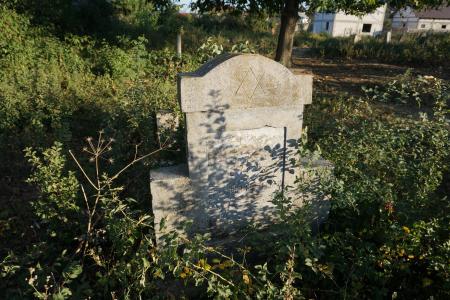 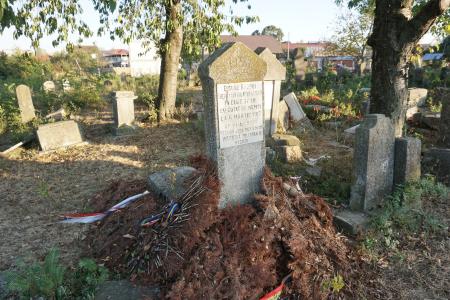 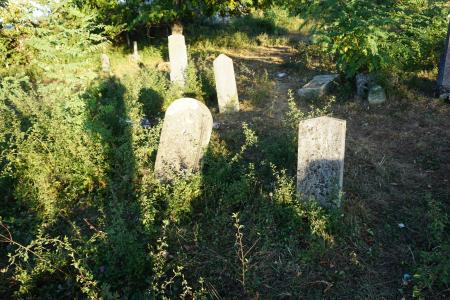 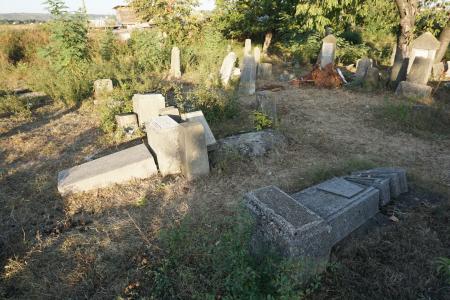