The cemetery is surrounded by a high wall and entered through a ceremonial hall which today serves as a dwelling for the caretaker and his family. There are about 500 gravestones from the late 19th to the early 21st centuries. Many obelisks of the early 20th century are quite impressive. Some of them were made in Bucharest.

The cemetery demonstrates the high degree of Romanian acculturation of the Jews of Piteşti: even epitaphs on the stelae of traditional form from the late 19th century already include texts in the Romanian language.

At the entrance to the cemetery, there is a Holocaust memorial, the inscription of which states that soap made of Jewish dead bodies by the Germans is buried there. Similar “soap graves” could be found in many cemeteries in Romania, e.g. in Braila. 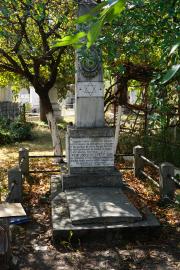 Holocaust Memorial in the Jewish cemetery in Pitești, Romania
Summary and Remarks 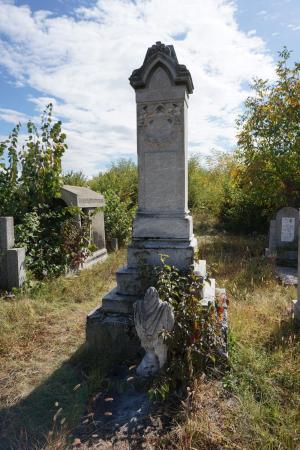 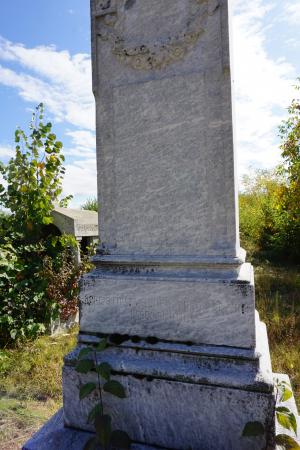 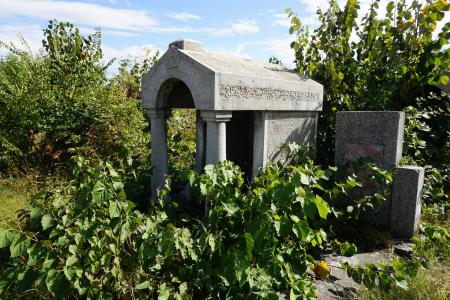 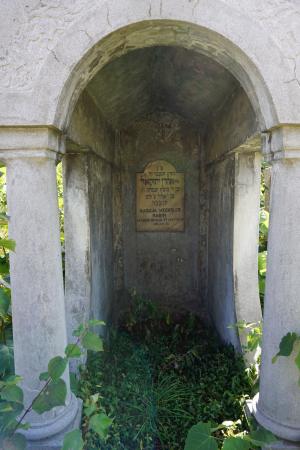 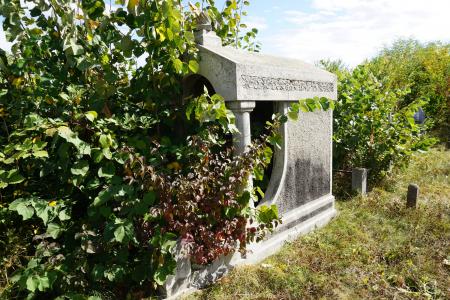 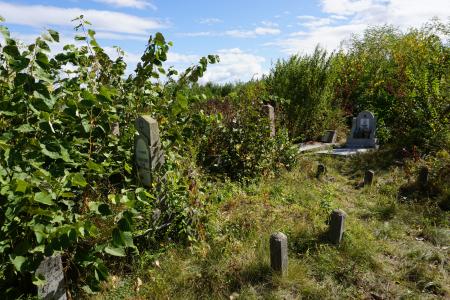