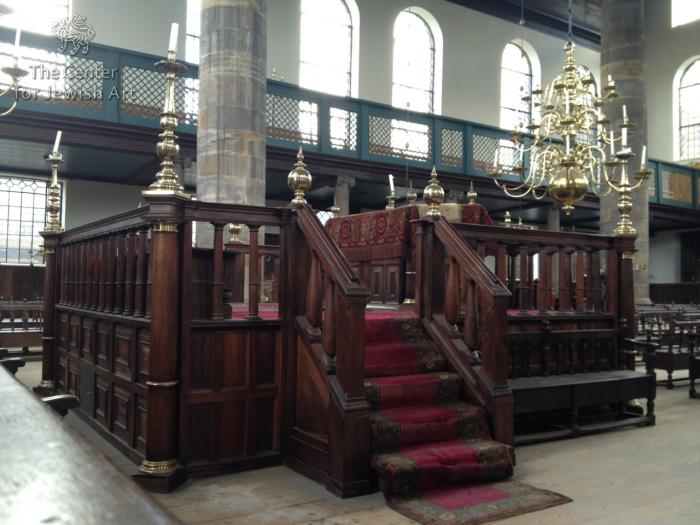 The Portuguese synagogue of Amsterdam can be dated back to 1671/75 and was designed by the architect E. Bouman. The exterior of the building, specifically the heavy buttresses, refer to the Temple of Solomon. The model which served as the main inspiration for this image of the Temple would be Jacob Judah Leon’s (also known as ‘Templo’) reconstruction of Solomon’s Temple. The impressive size of the interior of the synagogue is strengthened by four colossal sandstone Ionic pillars which support the roof and smaller Ionic columns supporting the women’s gallery. Like many other Sephardic synagogues, the benches are orientated towards the center and not the wall of the Torah ark. In a similar manner, the bimah (teva) is positioned near the entrance and not in the center of the assembly hall. The entire hall is illuminated by large rounded arch and square-shaped windows running along the sides of the building.

The main entrance of the synagogue contains a Hebrew inscription referring to Psalm 5:8 and the date [5]432 (1672 CE). After 1943, the synagogue services temporarily ceased but continued immediately after the war in May 1945. Most of the furniture of the interior can be dated back to the seventeenth-century beginnings of the synagogue. One of the oldest still-existing Jewish libraries is housed in one of the seminary buildings situated to the south of the main gate (ca. 1674). 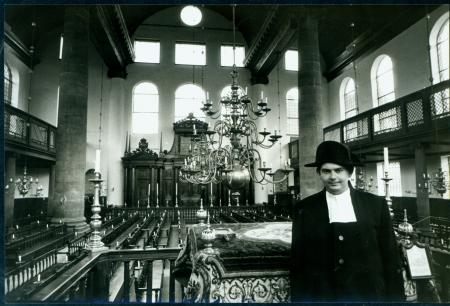 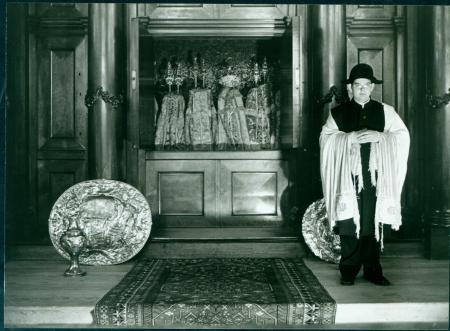 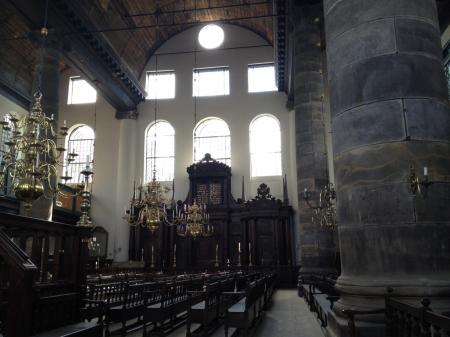 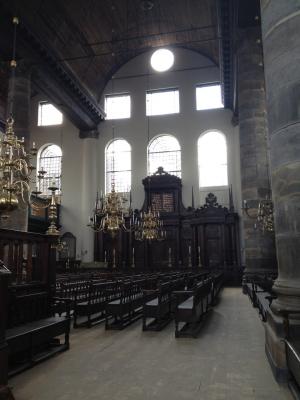 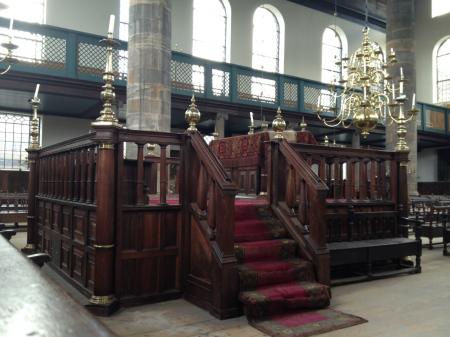 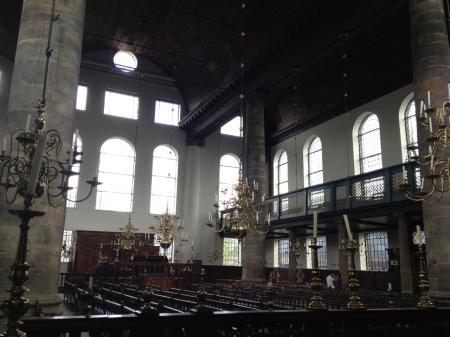 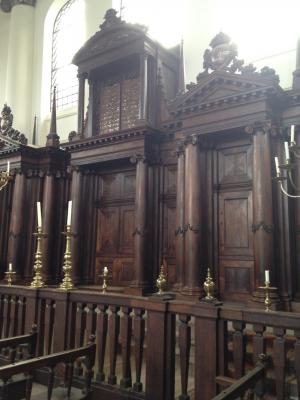 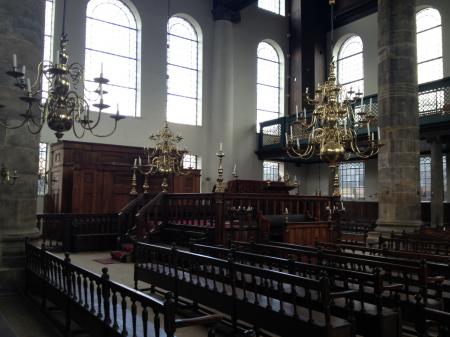 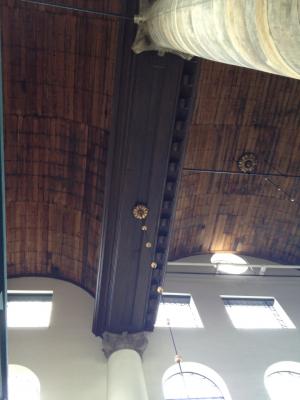 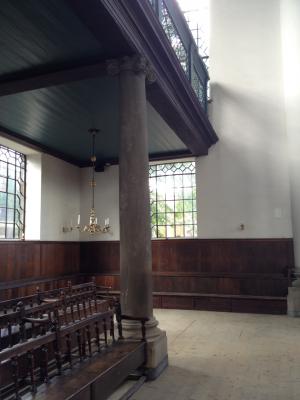