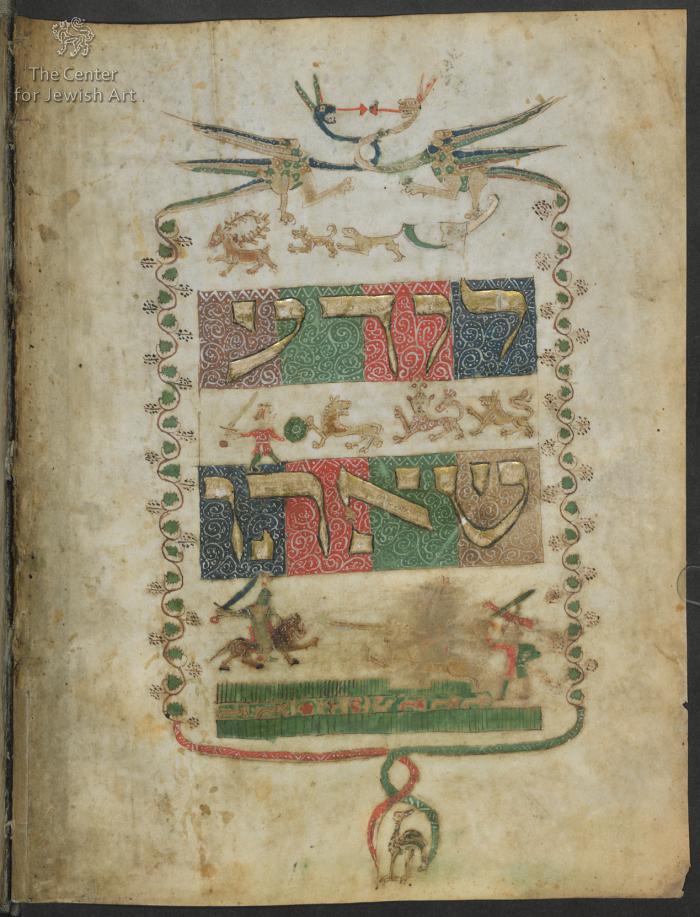 The manuscript Sefer Mitzvot Katan (Small Book of Precepts) was copied by the scribe Abraham, most probably for himself, as can be gathered from his words: "I shall be blessed to fulfill them" (fol. 141), meaning  he intended to use the book. Sefer Mitzvot Katan, also called Amudei Golah (Pillars of the Diaspora), was composed in c. 1277 by Rabbi Isaac ben Rabbi Joseph of Corbeil. The SeMaK is a compendium of contemporary halakhah interspersed with ethical homilies, parables and legends (Ta-Shma 2007:43). It is divided into seven "pillars" corresponding to the seven days of the week. In his enumeration of the precepts and their details Isaac was guided by the SeMaG (Great Book of Precepts) composed by Rabbi Moses of Coucy, but he omitted the extensive halakhic discussion in that work.

In the course of time many annotations were added. Most popular were those of Perez ben Elijah of Corbeil (MaHaRaF, d. c.1295), which were sometimes merged with the original text, as is the case in our manuscript. Perez was a student of Isaac of Corbeil, and his glosses on SeMaK were published in all editions of the SeMaK from the first 1510 edition inConstantinopleonward.

The division and order of the chapters of the SeMaK were fixed with the earliest printed edition, whereas in manuscripts they may vary, as well as the number of them (see Sefer Mitzvot Katan). In our manuscript there are 315 chapters with titles listed in the Table of the Contents (fols. 1-3), corresponding to the actual chapters in the text, except for one error: in the Table of Contents the scribe omitted the title of chapter 263 and instead wrote the title of chapter 264. Hence the titles from here on do not correspond until chapter 281, where the scribe corrected it. He also corrected the title numbers in the Table of Contents (278-280).

There are two variants of the divorce contract in our manuscript (fols. 62v-63): one is a formula by the author of SeMaK, Isaac ben Joseph of Corbeil, the other by the commentator Perez ben Elijah of Corbeil. Both mention the date of 5097 (1337) and the city ofLouvainon the river Dijle. The only difference between the variants is that in the first the day is Sunday, 23 Sivan, whereas in the second it is Sunday, 20 Sivan. In some manuscripts of SeMaK actual names of people, places and dates are inserted into the divorce contract, but in other cases they are just copied from the exemplar or expressed in neutral terms. In our manuscript the people are nameless, but the place and date seem to indicate the actual place and date of its production.

Other manuscripts of SeMaK were circulating in Louvain in the 14th century, for example that preserved in Oxford, Bodleian Library, Opp. 335, which was written, according to its divorce contract, in Louvain on 16 Sivan 1340. However, it does not resemble our SeMaK in other respects.

The Jewish community ofLouvainin theprovinceofBrabantwas established in the early 13th century, but as early as 1261 it was expelled from there by Duke Henry III. Jews later returned toLouvainand established a small community, and in 1311 had their own Rabbi. Shortly afterwards, the Jews of Brabant were accused of having introduced the Black Death (1348-9) and almost all of them were put to death by the locals and the authorities (Schwarzfuchs, 2007:281). Thus our manuscript was produced in the short period of relatively peaceful existence of the small Jewish community inLouvain,Brabant. 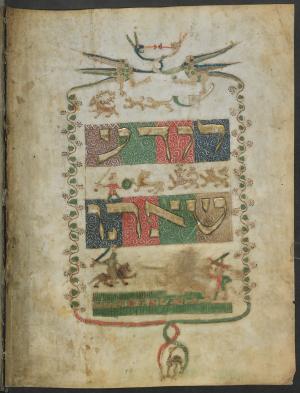 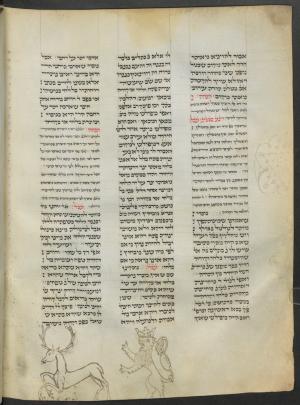 The numbers of the chapters and some other words within the text are written in red.