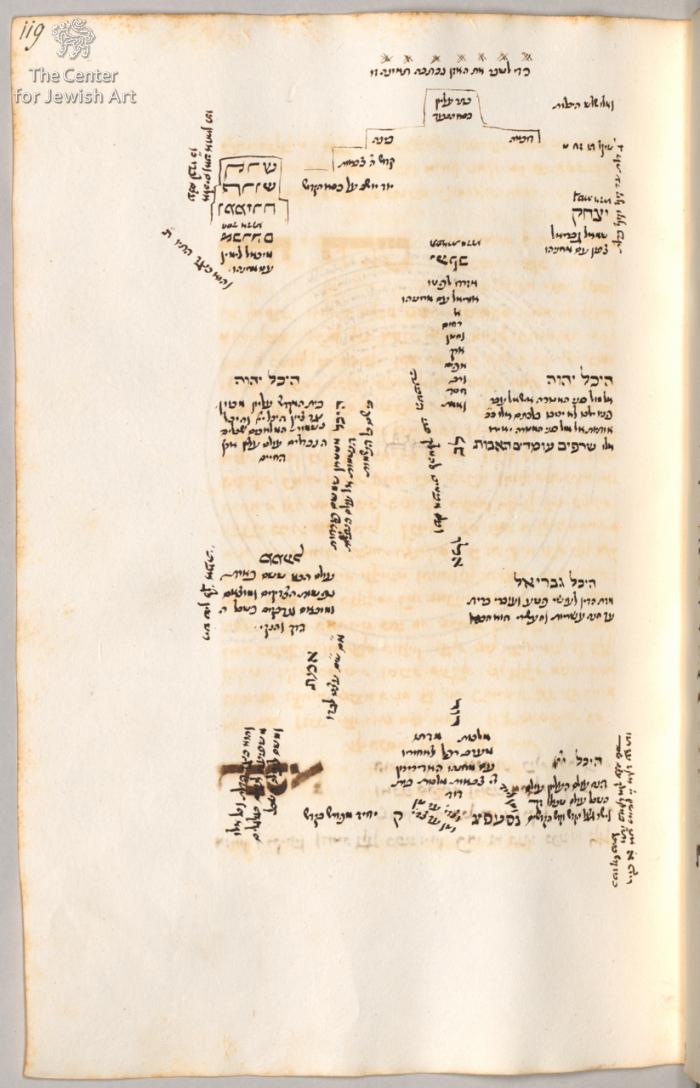 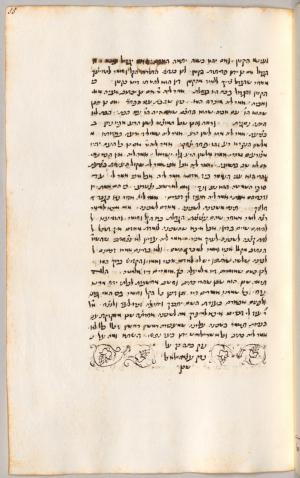 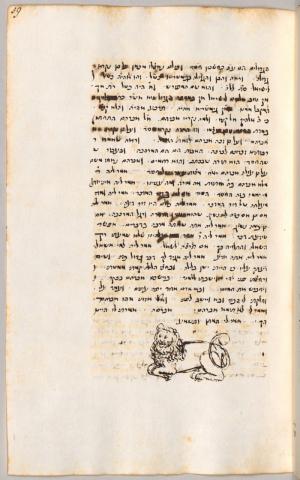 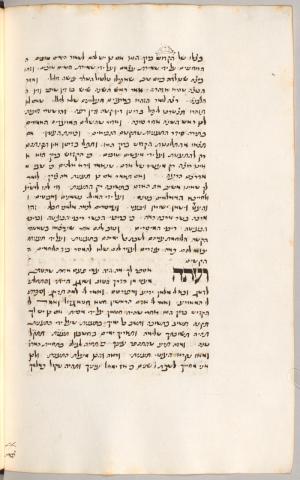 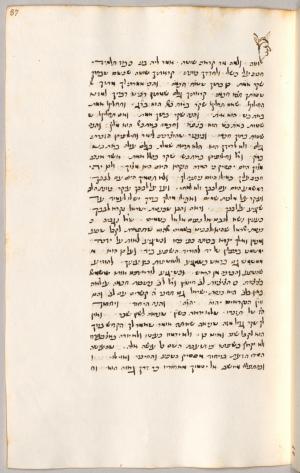 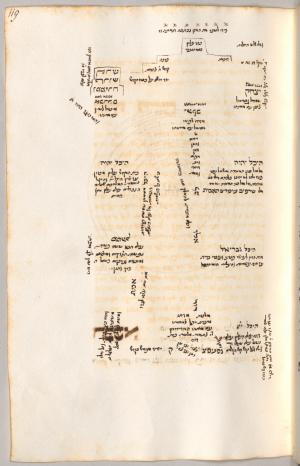 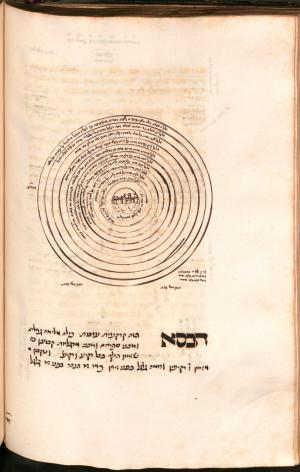 Dark green leather on wooden boards (354 x231 mm); gold-tooled with a central roundel on the front and

a shield on the back cover within an undulating lozenge in a large rectangle, decorated with floral motifs at the centre of each side and at the corners. The front roundel is inscribed קבלה below is the letter S and above the letter ר. The spine, blind-tooled with hatching, has four hidden cords and head and tail bands. On the edges of the front cover are vestiges of four groups of three plaited leather bands, two groups on the side edge and one each on the upper and lower edges, with corresponding holes for four nails on the edges of the back cover (for preserved bands see Cod. hebr.301). Each group of three bands terminated in a ring intended to hook over the nails on the opposite cover. The leaves are gilt-edged.

The decoration is executed by Meir: