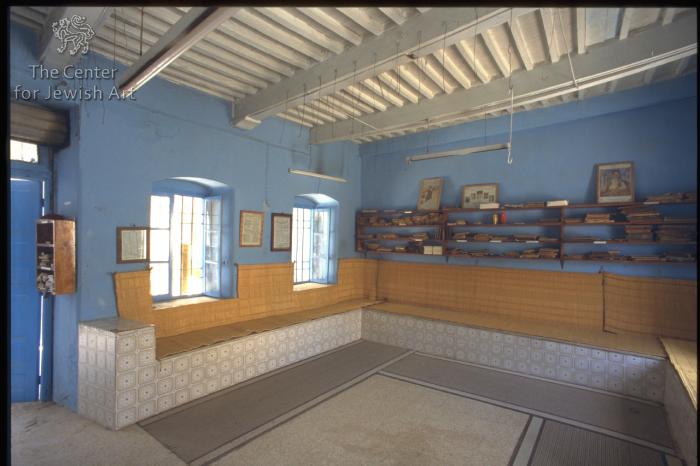 The rectangular prayer hall is of a single storey (see: Remarks: no.1) and is bordered by two courtyards.

Two entrances lead to the prayer hall; the original is an arched door on the north-east wall, while the contemporary access is a rectangular entrance, on the south-west. Each entrance is flanked by rectangular windows.

The prayer hall is a narrow rectangular space, in which the Torah ark is located on the south-east wall. The wooden Reader’s desk (teivah) is placed in its centre, forming a centralised liturgical space. The ark and the teivah are set in a central axis. The sittings are on built benches with straw mats, set around the walls.

The arched Torah ark is set within a niche at the centre of the south-eastern wall. It is flanked by two additional rectangular niches serving as genizah. The niches are built as part of the inner space of the prayer hall and do not extend towards the external space.

A central arched door, which originally served as the main entrance, is set on the north-east wall leading to the courtyard.  It is surmounted by a red wooden plaque inscribed with the verse (see: main photograph): “I have set the Lord always before me” (Ps. 16:8).

The current entrance is through a rectangular door leading from the southern patio, and is set opposite the original doorway.

The back north-west part of the synagogue is occupied by book shelves and functions as a learning space.

The prayer hall walls are painted blue, while the wooden ceiling and its supporting beams are white. Colourful ceramic tiles embellish the Ark and cover the benches.

Plaques inscribed with prayers and biblical verses are hung on the walls. 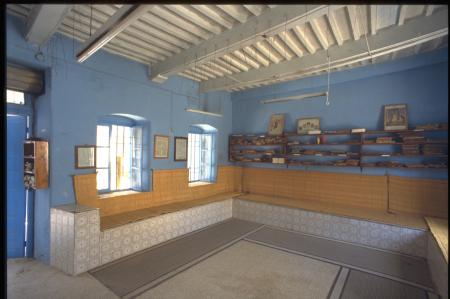 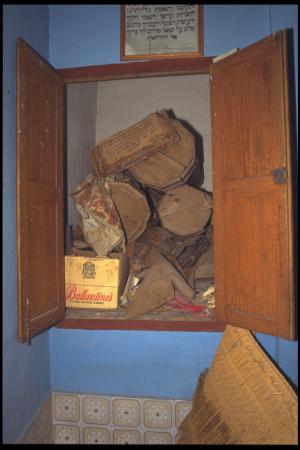 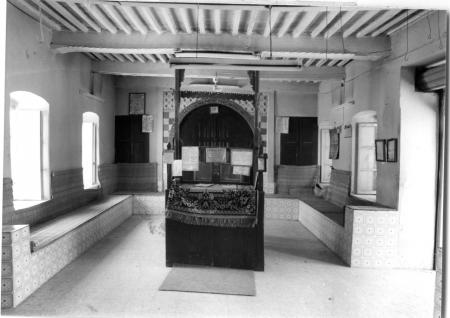 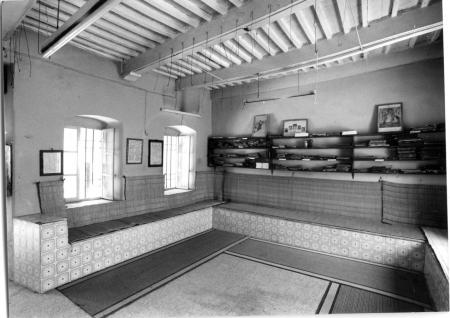 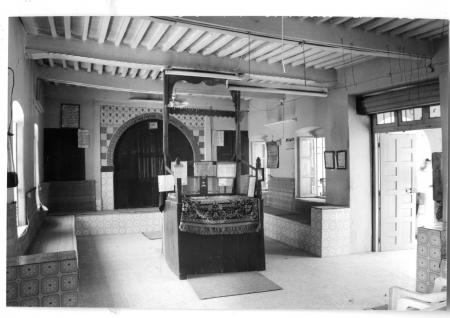 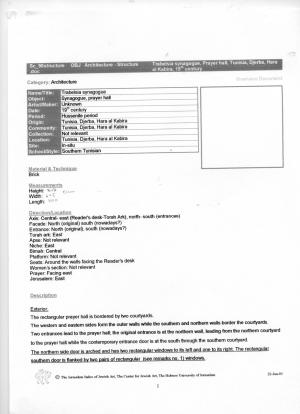 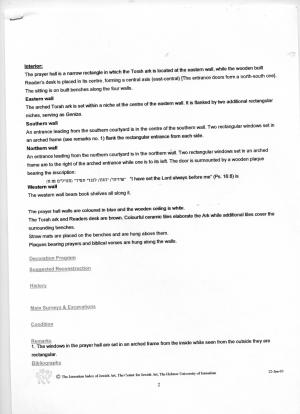 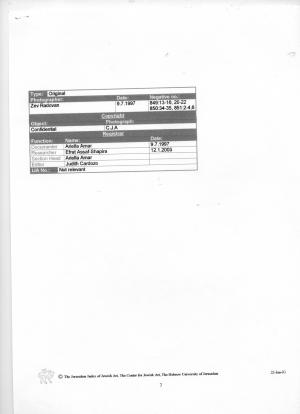 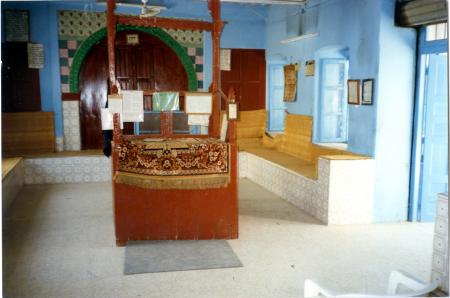 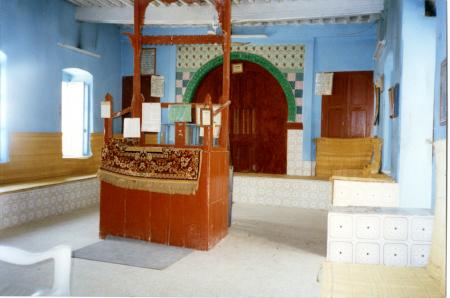 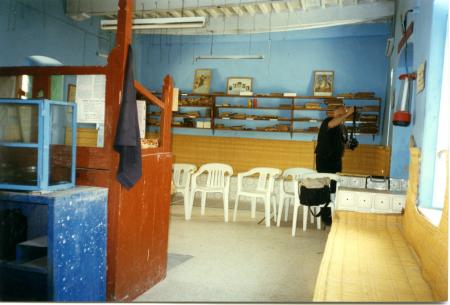 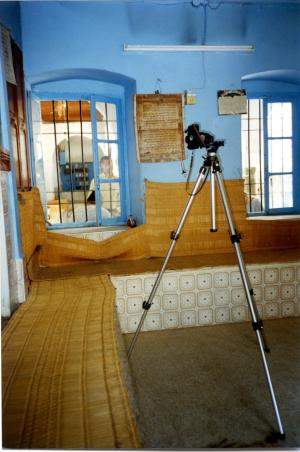 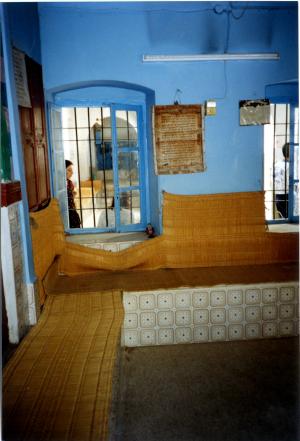 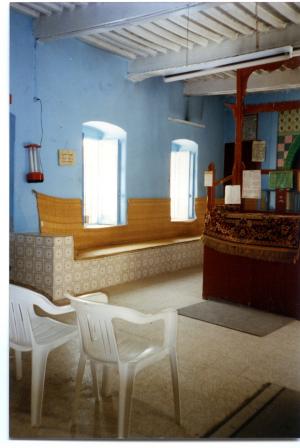 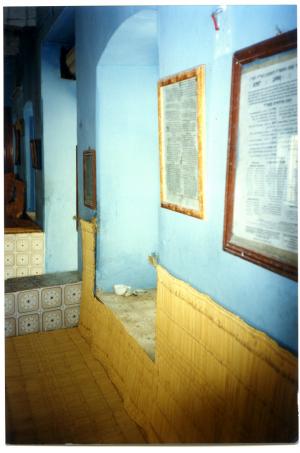 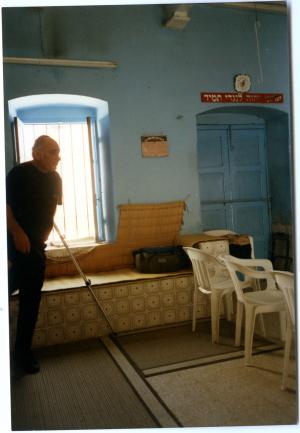 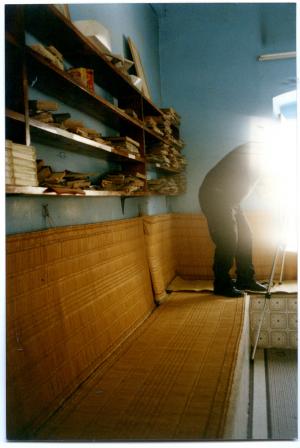 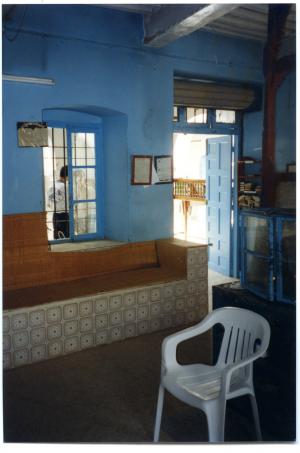 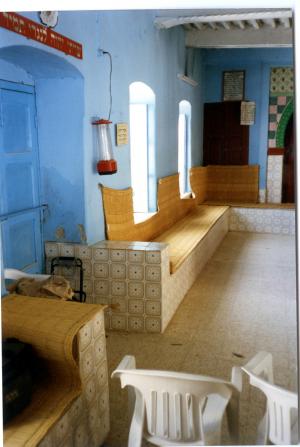 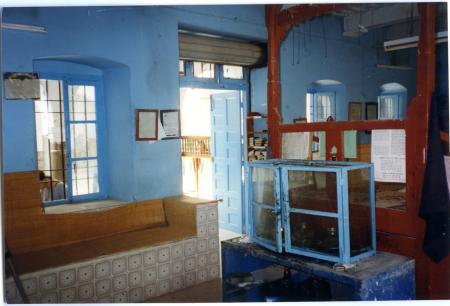