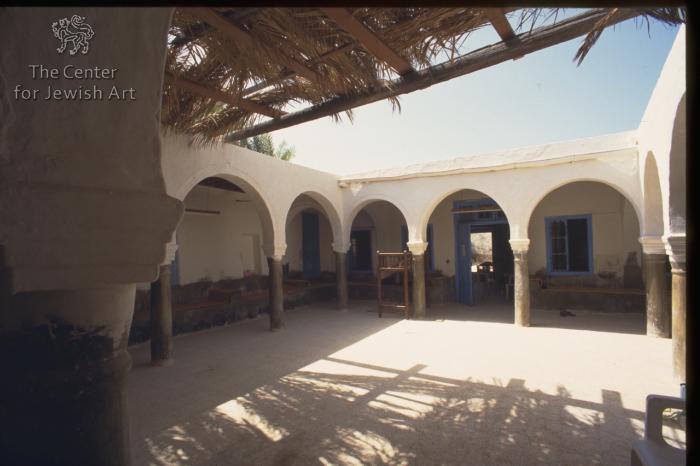 The synagogue complex forms a closed rectangular unit comprising a prayer hall built between two inner courtyards set in a general north-south axis and surrounded by a wall.

The complex borders two different alleys on its north-east and south-west sides, while its south-east wall is adjacent to dwelling houses (fig. 2). It is reached through four entrances; two are the contemporary doors leading to the southern patio (figs. 1, 3), while other two former gates, now blocked, were leading to the northern courtyard and are fixed on the western (northern corner) and northern (eastern corner) walls.

Three rectangular windows are fixed between the entrances.

The southern courtyard is the current main entrance through which one enters the prayer hall (see: main photo). It is a rectangular peristyle of rounded arches. The courtyard is partly shaded by a thatch used for Sukkoth (Festival of Tabernacles). A water pit is under the thatch, and benches are built along the walls.

The north-eastern arcade leads to the prayer hall through a central door. Two windows flank the door from either side.

The northern courtyard is a rectangular space surrounded by walls. Nowadays it is reached through a door on the north-east wall of the prayer hall. Windows flank the door, two on its right and one on its left. 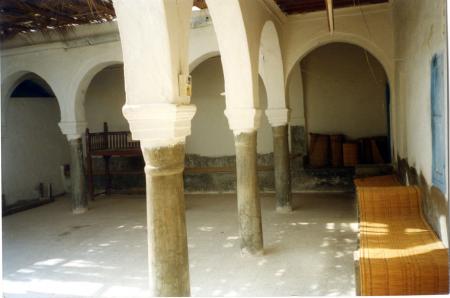 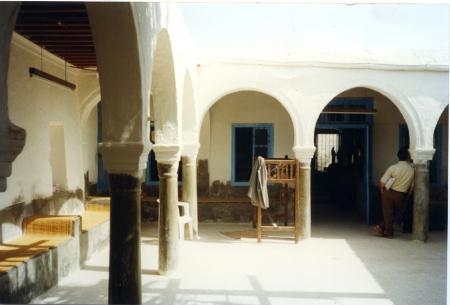 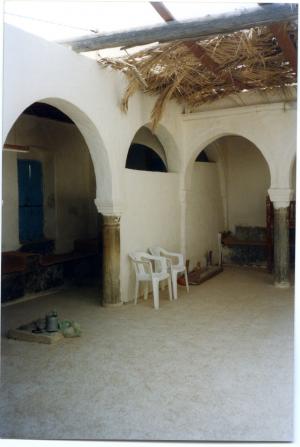 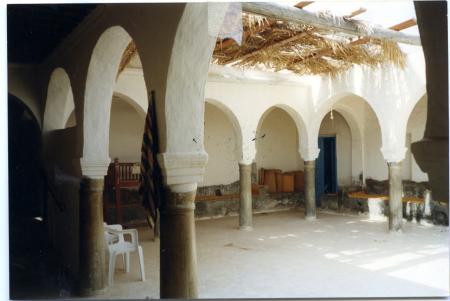 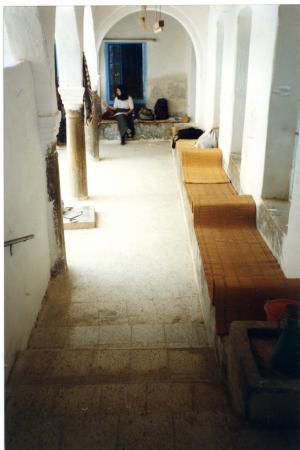 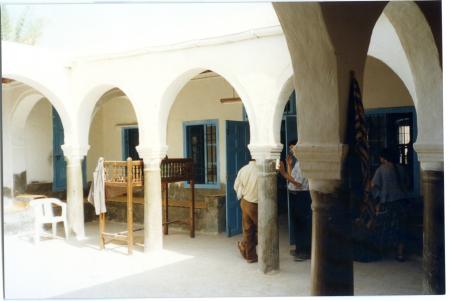 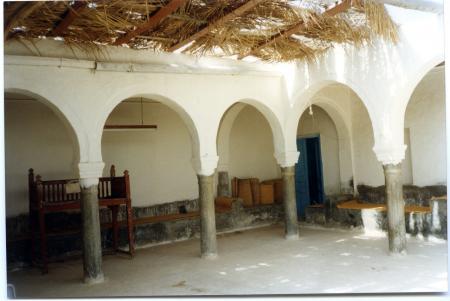 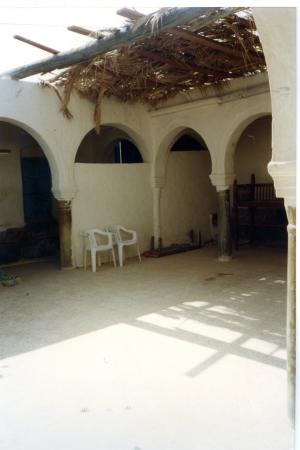 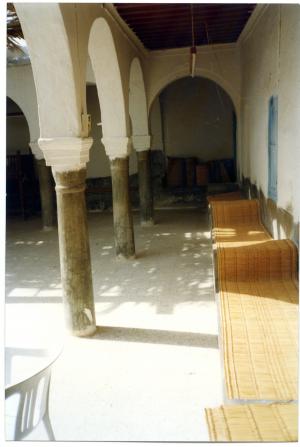 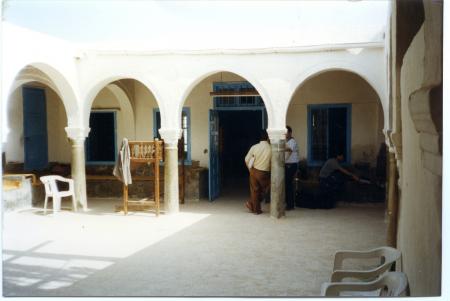 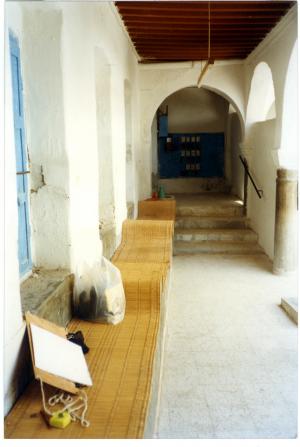 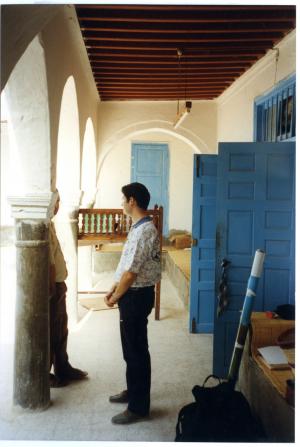 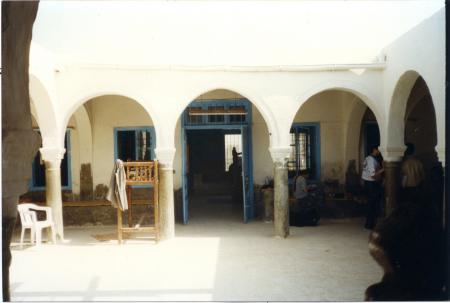 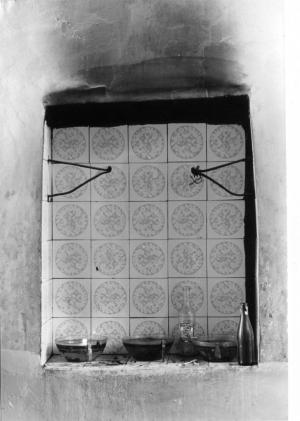 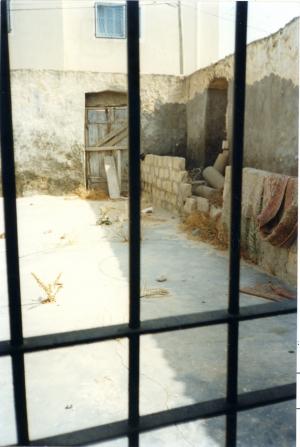 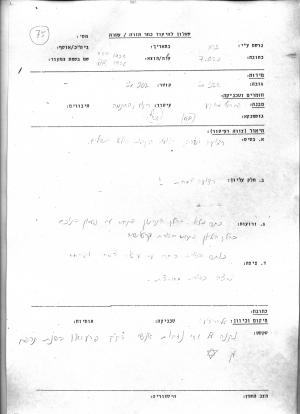 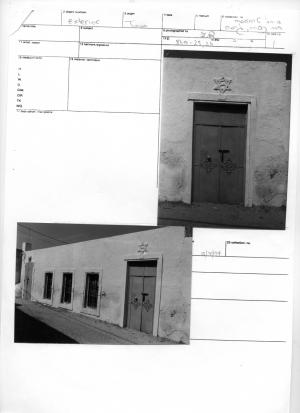 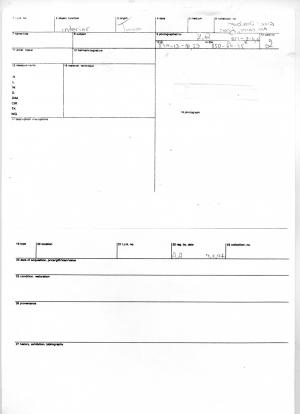 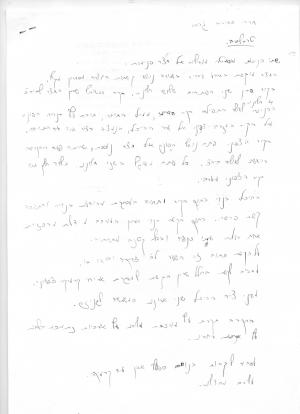