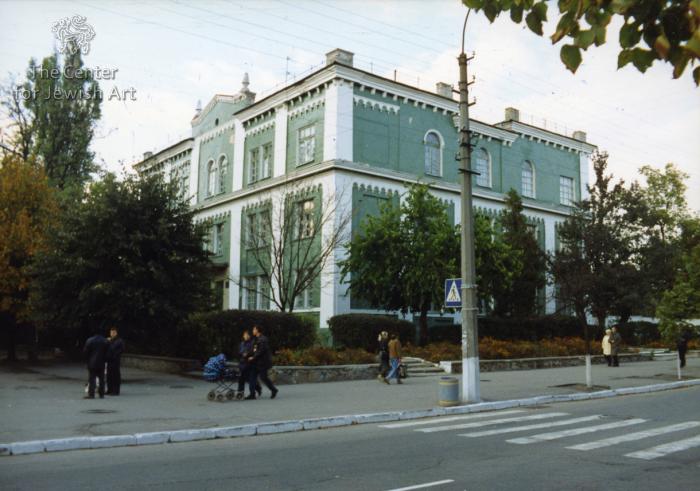 In the 1920s-1930s, the synagogue was closed by the authorities. After the World War II, a textile college was placed in the building.

The main southwest facade, three stories tall, forms a distinct central bay, flanked by two lesser bays.  A cornice divides the building between the second and third stories. On the lower portion of the main facade, the bays have double sets of windows on each floor, separated by vertical decorative elements.  On the side facades, the windows are reduced from two 2x4 to a single set of 3x4, further emphasizing the significance of the main facade.  On all the bays of the main facade, both double and single-story bays are capped by small, round-headed cornice.

The internal arrangement is strongly symmetrical but is only slightly reflected in the facades.  Flanking the entryway are two small rooms.  Beyond this area are staircases, one on each side of the building, which give access to the upper stories.  The main sanctuary space, oriented northeast is rectangular (pierced by columns, which may be a later addition).  The women’s gallery is on the two upper levels on the southeast and northwest sides of the sanctuary space, yielding a total of four separate spaces.

Drawings of the Great Synagogue in Bila Tserkva, Ukraine 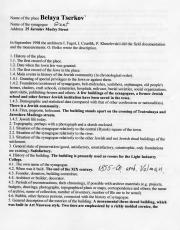 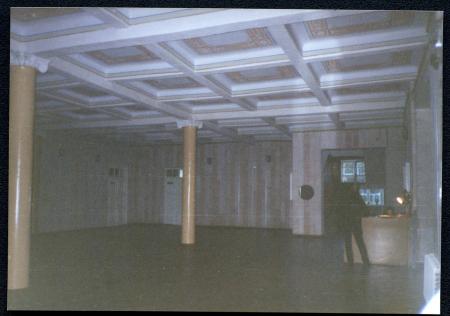 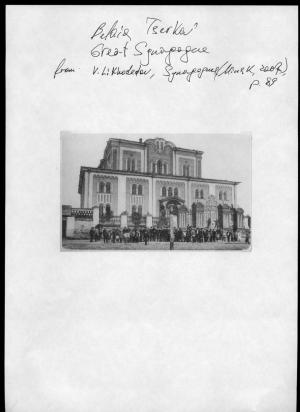 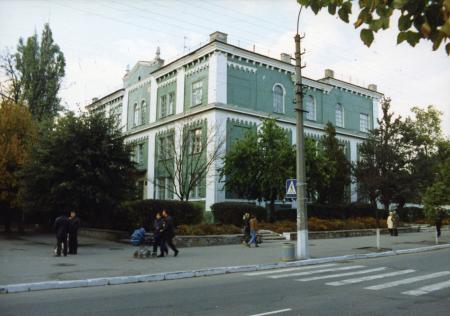 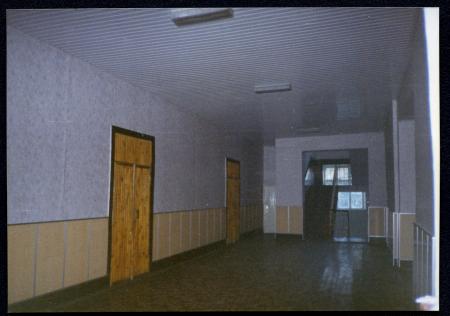 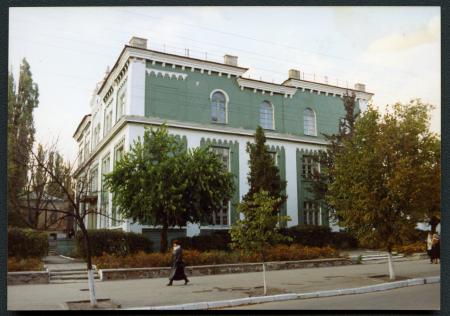 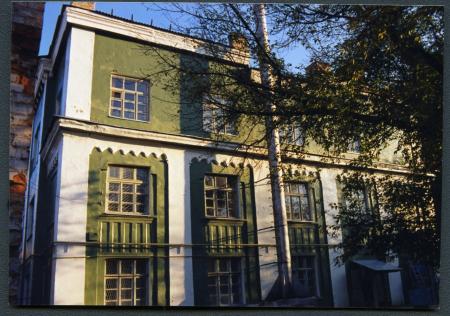 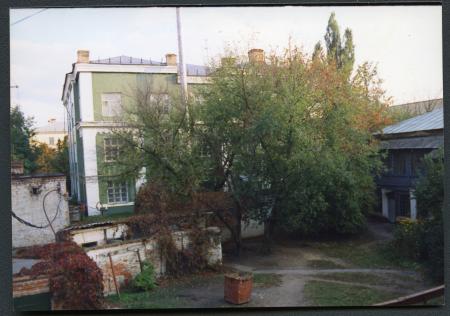 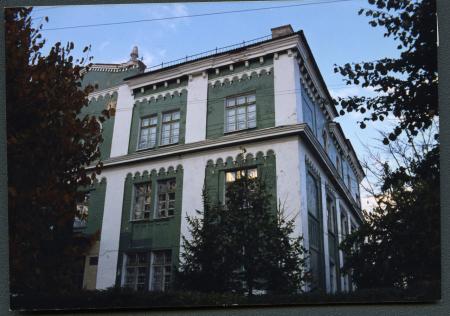 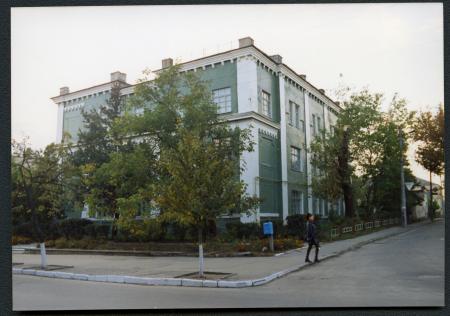 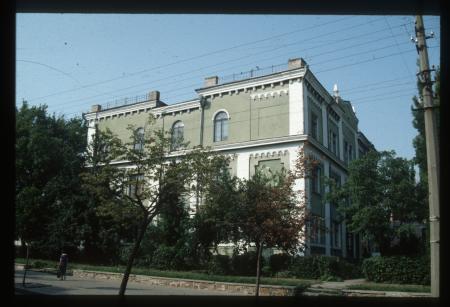