The estarn wall is painted as a large curtain, while two-level women's galleries are attached to the western wall. 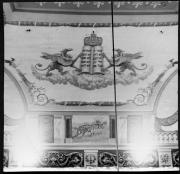 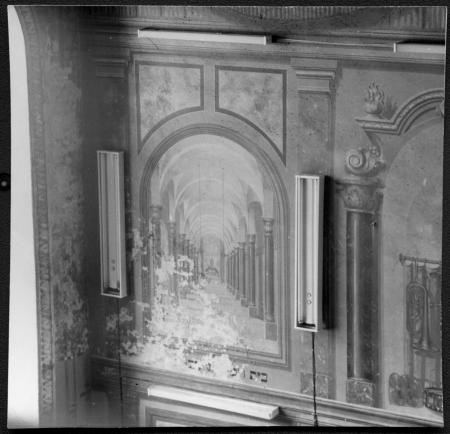 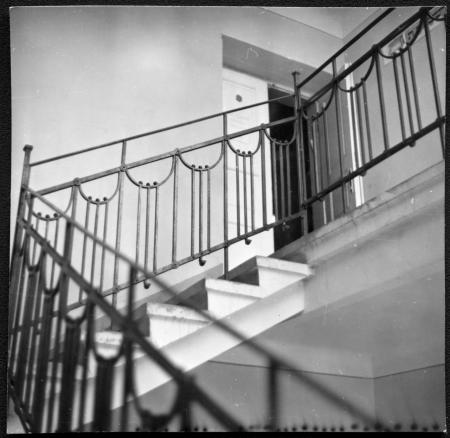 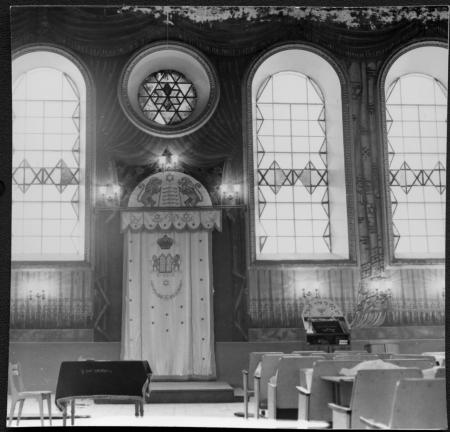 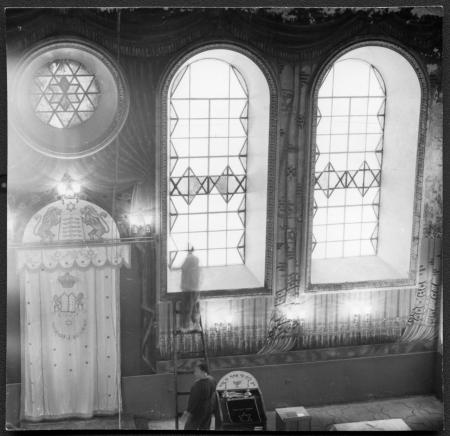 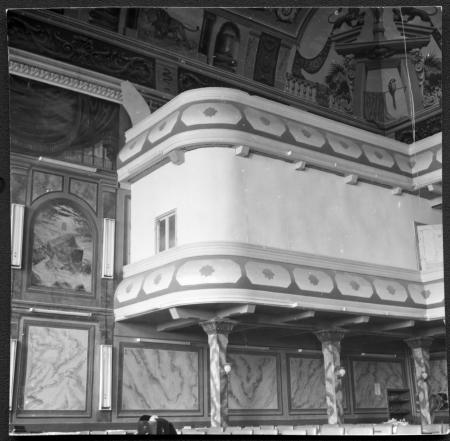 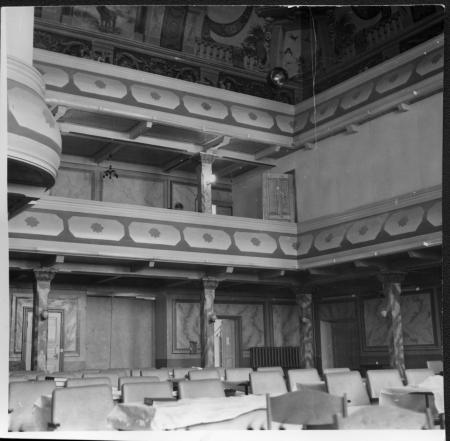 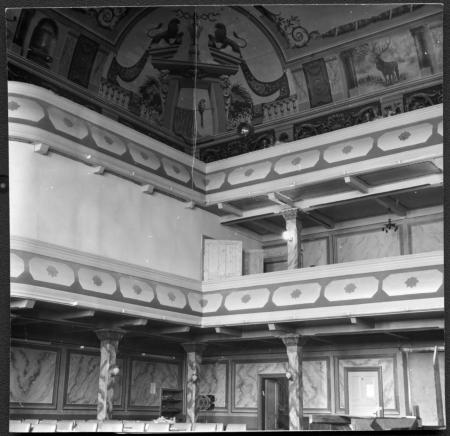 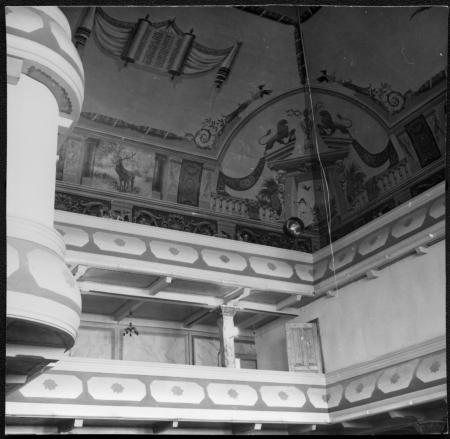 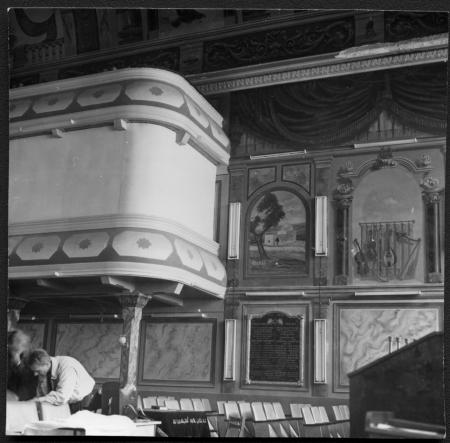 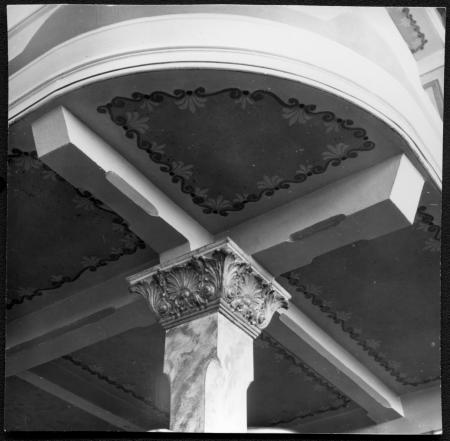 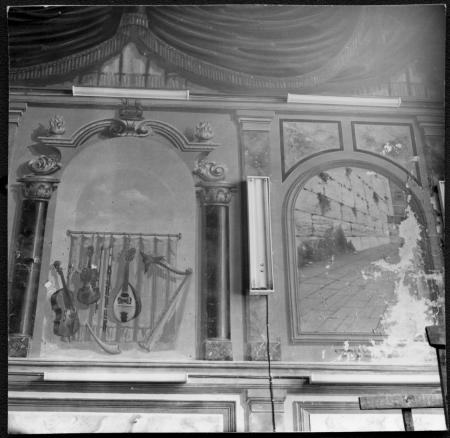 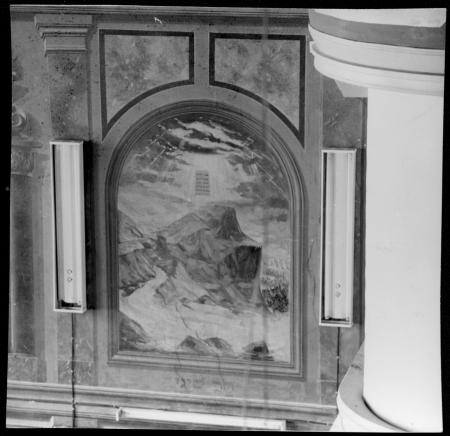 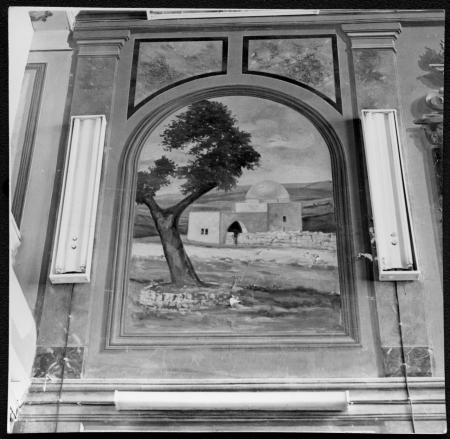 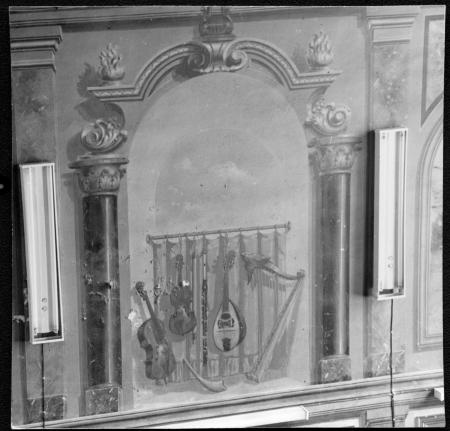