The coffered ceiling was divided into 24 squares and all were painted blue. Each square has a dark-blue frame. The eastern and western rows of squares contain depictions of the Zodiac signs. Human figures were used in the representation of the Zodiac signs. The two central rows were decorated by alternating Stars of David (Magen David) and rosettes.

Prof. Eugene Kotlyar saw the paintings in 2008 and some time after that date the ceiling was completely rebuilt and the paintings disappeared. 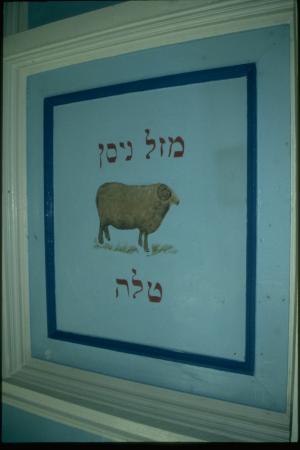 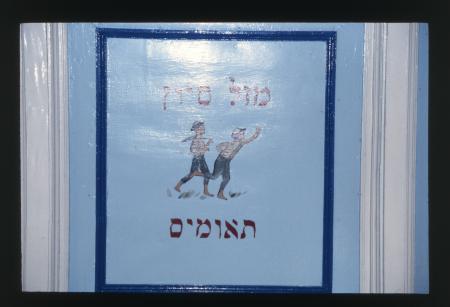 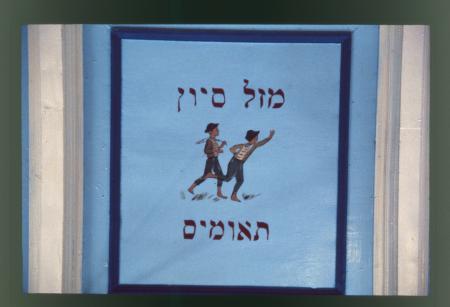 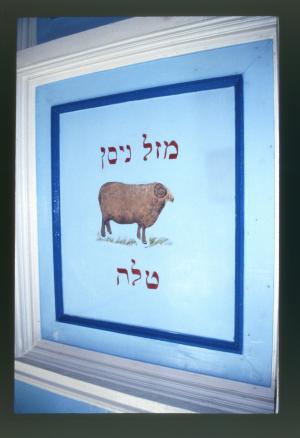 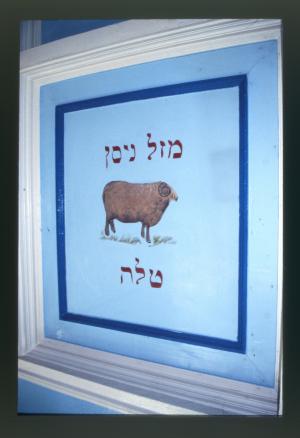 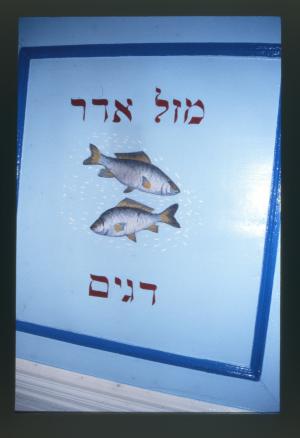 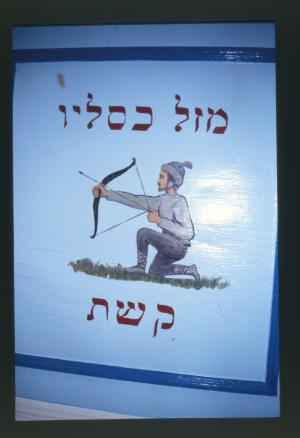