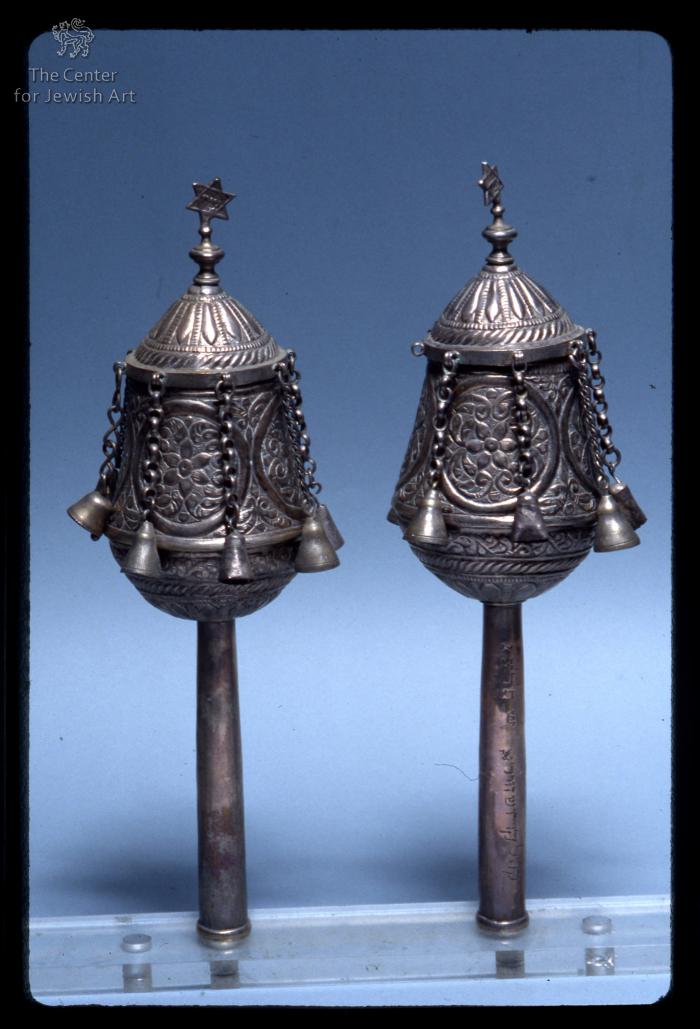 The pear-shaped Torah finial consists of a body, a shaft and a finial.

The cylindrical, tapering shaft is encircled by a ring at the bottom. A dedicatory inscription written towards the body appears on both shafts, it reads:

The pear-shaped body is composed of three parts, each two of which are divided by a blank strip. Eight rings with different chains carrying bells are attached to the upper strip.

The lowest semi-globular part is encircled by three bands, one tops the other. The lowest depicts alternating leaves and vertical lines radiating from the bottom. The central band is decorated with small diagonal leaves. The upper one represents curved branch with leaves.

The central, a little tapering part is decorated with four medallions bearing an open flower in the center. The flowers and the medallions are surrounded by a branch with leaves.

The upper dome-shaped part is decorated with two bands, which are identical to the lowest bands of the lowest part of the body.

The body is surmounted by an undulating apex, terminating with a Star of David. A Hebrew inscription “Zion” appears inside the Star of David. 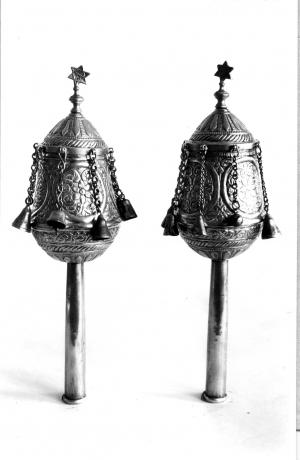 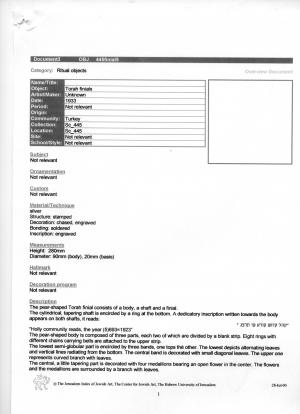 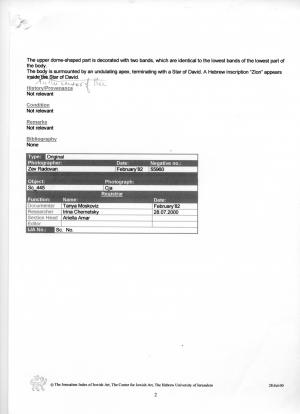 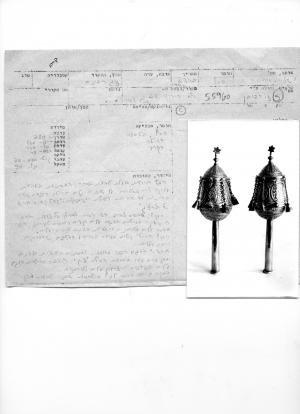 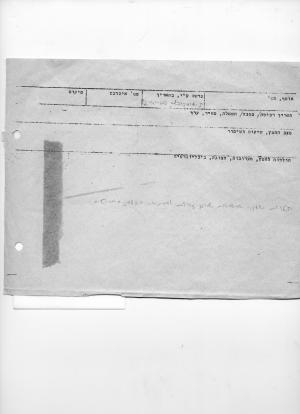 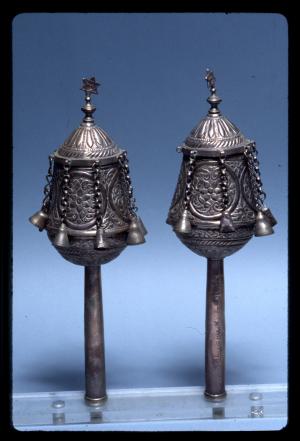